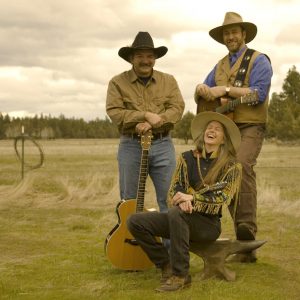 Songs penned by Jim Cornelius, in the themes of the Old West and Age of Empire. Some of these were recorded with my Anvil Blasters bandmates, Mike, Lynn and Jeff (represented by the anvil). I’ll let you know when I record some more and kick ’em up here to share around.

Click on arrows to play song clips.
Each song is $1.

I wrote this song many years ago after watching The Godfather for the umpteenth time. I had been reading Robert Utley’s Billy the Kid: A Short and Violent Life, and it struck me that the Lincoln County War was pretty much a Cowboy Mafia War. That woke up the Muse. I recorded it as part of a six-song demo with Chris Booher, who added some haunting accordion. MP3 file; clip is the first two of six verses.

This is the true story of Harry Harboard “Breaker” Morant, who sailed off to Africa to fight the Boer War of 1899-1902… and dug his own grave with war crimes that remain controversial to this day. It’s a pub song in the spirit of The Pogues, and is best enjoyed with a pint in hand — and a few under the belt.

When Geronimo surrendered, he said “Once we moved about like the wind. Now I surrender to you, and that is all.”

Fugitive on Every Corner

I was inspired to write this song when I saw a photograph on the front page of the San Jose Mercury-News of Claude Dallas in an orange jumpsuit and handcuffs being led out of a courthouse in Riverside, California. The buckaroo, trapper and cop-killer had been captured for a second time and would serve out his prison sentence behind “them cold grey iron bars.”

3 Songs (Breaker, Once We Moved & Fugitive) in MP3 format:

MP3 or WAV?
MP3 files are a smaller, compressed audio format commonly used on computers and ipod-type players. WAV files are larger (about 8x larger than an mp3) of higher sound quality and used on CDs.

Back to the main room of the Trading Post.

Do you need to re-download music that you’ve previously purchased from Frontier Partisans?