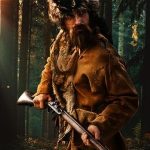 A new docudrama will arrive in February from INSP, which is a new one on me.  It seems to be very much a niche channel catering to Westerns. It’s not available on any platform I have, but I may go to some lengths to seek this out. Here’s the caper: Early pioneers, scouts, hunters, and traders fulfill America’s destiny to expand Westward, … END_OF_DOCUMENT_TOKEN_TO_BE_REPLACED 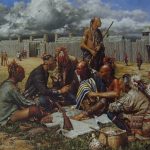 Part II of The Frontier Partisans Podcast series on Pontiac’s War — The Posts Fall — is up. You can access it here or on Spotify and most other podcasting platforms. The episode covers the start of the War in spring of 1763, and the rapid fall of British garrisons throughout the Great Lakes region. The taking of Fort Michilimackinac is one of … END_OF_DOCUMENT_TOKEN_TO_BE_REPLACED 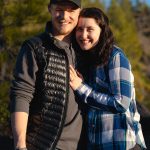 Saturday was quite a day for Clan Cornelius. I busted out at dawn to Zimmerman Butte to get in an early Frontier Partisan Biathlon. And a glorious dawn it was. Temperature at 15 degrees meant the kettlebells felt like frozen fire in the hand, but the still, crystal air resulting from high pressure that has settled over our region made for a … END_OF_DOCUMENT_TOKEN_TO_BE_REPLACED 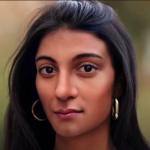 Reconstruction of historical figures through computer graphics and sometimes through forensics is one of the perks of the 21st Century. Recreating a historical personage as a “modern” person can humanize the past and bring it closer to us — something I am always keen to experience. A Texan named Becca Saladin has made a nice gig for herself … END_OF_DOCUMENT_TOKEN_TO_BE_REPLACED 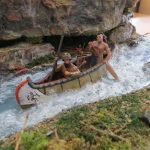 I love dioramas. Ever since I was a little kid, there was something magical about an artistic, three-dimensional depiction of some historic event or battle. A diorama has the power to mesmerize. Imagine my delight when Craig Rullman walked through the doors of The Nugget bearing a Christmas present he had crafted over many hours. He named his … END_OF_DOCUMENT_TOKEN_TO_BE_REPLACED 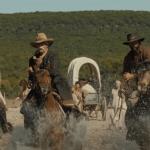 Marilyn and I are an episode behind the run of 1883. Last night, we watched the wagon train cross the Brazos, which naturally sent me off to listen to Lyle Lovett’s lovely rendition of The Texas River Song: https://www.youtube.com/watch?v=syQRcMjISYw * Today is the 67th birthday of Steve Earle, one of the most influential singer-songwriters in … END_OF_DOCUMENT_TOKEN_TO_BE_REPLACED 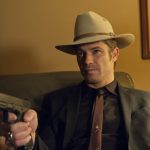 Well this made my day. From Deadline: Justified: City Primeval has been greenlighted at FX, with Timothy Olyphant reprising his role as U.S. Marshal Raylan Givens for the limited series. Seven years on from the end of FX’s Justified, Sony Pictures Television and FX Productions are producing their latest Elmore Leonard adaptation, based on the … END_OF_DOCUMENT_TOKEN_TO_BE_REPLACED 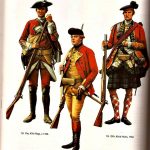 “We shall know better how to deal with them another time.” — General Edward Braddock, lying mortally wounded after a devastating defeat by French and Indian forces at the Monongahela River, 1755 “Light troops are, as it were, a light or beacon for the general, which should constantly inform him of the situation, the movements and nature of the … END_OF_DOCUMENT_TOKEN_TO_BE_REPLACED 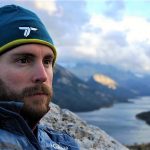 If there’s a cooler job description than Explorer-in-Residence for the Royal Canadian Geographic Society, I’ve never heard of it. That gig actually exists, and it belongs to Adam Shoalts. Till Tuesday, I’d never heard of him. Named one of the “greatest living explorers” by CBC and declared “Canada’s Indiana Jones” by the Toronto Star, Adam Shoalts … END_OF_DOCUMENT_TOKEN_TO_BE_REPLACED 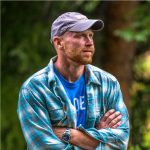 My friend Vernon Stubbs  is a remarkable man — an elite warrior who is passionately dedicated to native grass restoration. He owns a place on the rangeland north of here that was threatened by the Grandview Fire last summer. Fortunately, he was well-prepared, having engaged in significant fuels reduction work on the place. A year ago, he tracked … END_OF_DOCUMENT_TOKEN_TO_BE_REPLACED