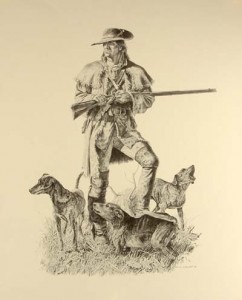 It was an age of conquest. From the 18th Century through the first part of the 20th, the Great Powers, including the young United States, scrambled first to map the wild hinterlands of the world, then to paint that map with their national flag.

From North America to Africa, Australia to Central Asia, bold men chased riches in land, furs, minerals, timber — and the pure prestige of planting the flag in a “howling wilderness.” That used to be the stuff of triumphalist history and patriotic legend. Nowadays, we see things differently. Today, we don’t like to think much about the way the world we live in was made, about the graves our homes are built upon. Looking backwards in comfort and security, through a lens of politcally-correct piety, we condemn the men who “stole” the Americas, the lands of Africa, the continent of Australia.

It is right to acknowledge the cost of conquest, both in human terms and in terms of environmental degradation. The cost was high.Whole peoples disappeared, ravaged by war and even more by disease. And these bold men with rifles shot whole species to the brink — and past the brink — of extinction. Yet to regret this world historic burst of exploration and conquest and condemn the men who pushed it forward is the rankest kind of hypocrisy. Might as well condemn the tectonic plates for shifting.

It’s true that the “wilderness” wasn’t empty. Native peoples thrived there, with a fierce love for their homeland every bit as potent as the land lust that drove the European interlopers. It’s also true that those native peoples had displaced others.

In the words of the great Texas historian T.R. Fehernbach:

Had every American told the Plains Indians what many already knew, that because the white men had come the tribes’ days were numbered, and that as conquerors they demanded the Indians’ lands, the warrior societies could have understood this perfectly. Their tragedy would not have been deeper, nor their sorrow any greater. Amerindians would have fought and died, killing no more and no less… (Comanche: The Destruction of a People) 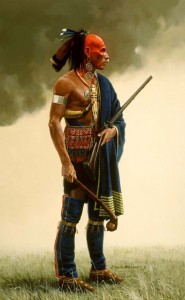 The knife’s edge where European and native cultures met and mingled — the frontier — ran red with blood for more than 200 years as the indigenous peoples resisted the weight of the populous, technologically sophisticated civilization that rolled over them and ended their ancient ways of life.

From the plains of Texas to the vast veldt of southern Africa, from the Canadian prairie to the Caucasus Mountains to the wild Sonoran desert, savage wars raged. Greed and duplicity, cruelty and barbarism held sway on all sides, but so did genuine nobility and heroism as clashes among mere handfuls of men decided the fates of empires.

From that conflict emerged, again and again, men whose frontier skills as scouts, explorers, prospectors and hunters tipped the balance in savage irregular warfare.

Accidental warriors, these frontiersmen intuitively understood le petite guerre and pioneered a way of war that is enshrined today in the doctrine of special operations forces who wage the shadowy, dirty conflicts of an age of asymmetrical warfare.

Some of these frontier partisans became famous, their legends remaining vibrant to this day. But there were many more, across the world — men who are today mostly forgotten.

Most were outriders of empire; a few participated in the native resistance. Still others walked a winding path on the edge of a cultural divide, divided in their loyalties and in their hearts. Some were richly rewarded for their service; others were tossed aside by the very empires they served.

Some were fine men — among the best of their age. Some were rough-hewn, dark-souled bastards. All were brave, resourceful — and deadly.

They deserve to be remembered.