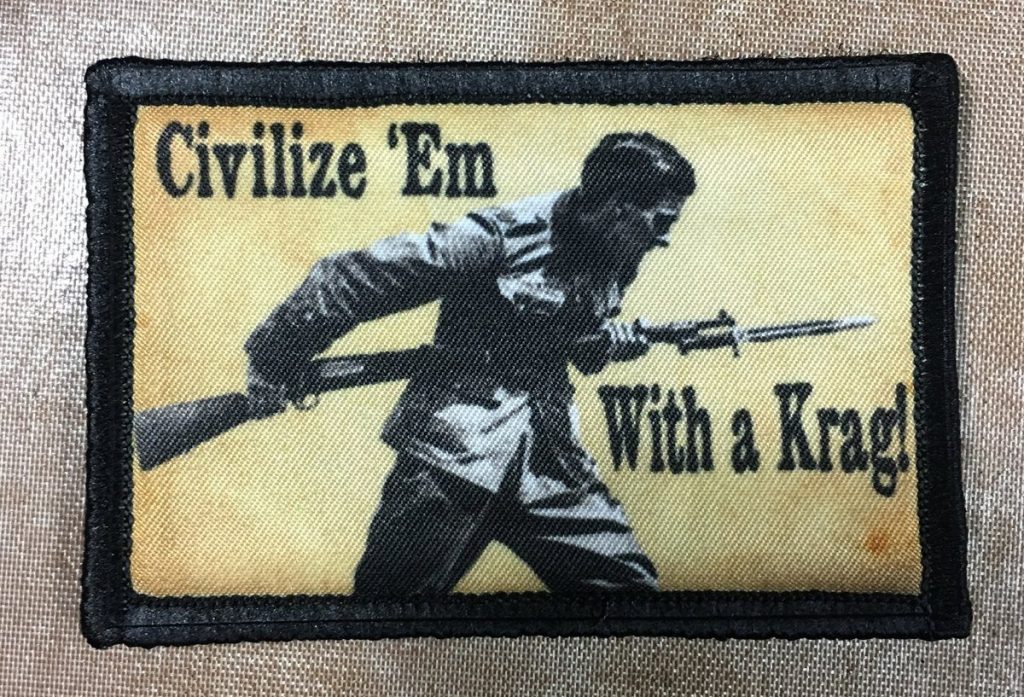 Underneath our starry flag

Civilize ’em with a Krag

And return us to our own beloved homes.

It’s a dark jungle path I have chosen, my friends. I am deep into the general reading for Cowboy Revolutionaries: Rough Ride Into The American Century. My current mission is to get a solid grounding in the history of the Spanish-American War and the Philippine-American War, aka the Philippine Insurrection.

When the U.S. went to war with Spain in 1898, the focus was on Cuba. However, the U.S. fleet under Admiral George Dewey won the first great victory of the war, steaming into Manila Bay and utterly demolishing the Spanish fleet. The U.S. made common cause with the Filipino independence movement, but that cooperation broke down as it became apparent to the Filipinos that the Americans were planning to stick around and that they had traded one colonial master for another.

Within a year, there was a war on. Depending on where you stood, it was either an insurrection or a war for independence. The conflict had profound implications as the U.S. entered the international Great Power stage, but it’s barely even a footnote in our history. It’s not hard to see why; it’s almost impossible to square American ideals and our stated aims in the Philippines with our actions. 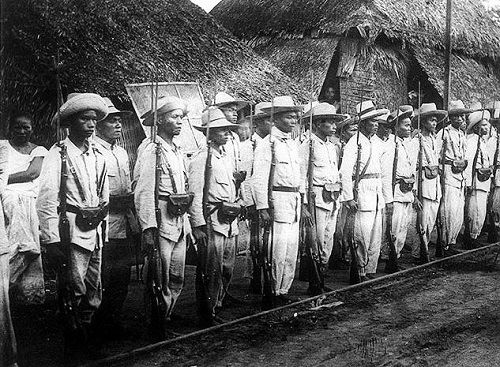 The war in the Philippines, which coincided exactly with the Brits’ dirty war in South Africa, was very rough stuff, indeed. The most savage kind of imperial frontier warfare. Witness this: After 48 American troops were massacred at breakfast in 1901 on the island of Samar, the American general tasked with pacifying the island — Jacob “Hell-Roaring Jake” Smith — told Marine Major Littleton Waller,

“I want no prisoners. I wish you to kill and burn, the more you kill and burn the better it will please me. I want all persons killed who are capable of bearing arms in actual hostilities against the United States.”

Major Waller asked for clarification: “I would like to know the limit of age to respect, sir?”

“Persons of ten years and older are those designated as being capable of bearing arms?” asked Waller. 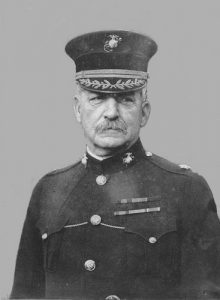 Waller, as remarkable a combat Marine as that storied outfit ever produced, wasn’t having it. He countermanded the order and told Captain David Porter, “I’ve had instructions to kill everyone over ten years old. But we are not making war on women and children, only on men capable of bearing arms. Keep that in mind no matter what other orders you receive.”

Even so, Waller ended up being court-martialed for summarily executing mutinous porters. He did not meet the fate of his contemporary prisoner-shooter across the globe, one Breaker Morant. Waller ended up getting off and went on to a generally distinguished career, marred by drink.

The Philippine War was an ugly, nasty, brutish counter-insurgency. The Samar Campaign, waged in unbelievably horrible jungle conditions, will certainly be explored in depth in Cowboy Revolutionaries. 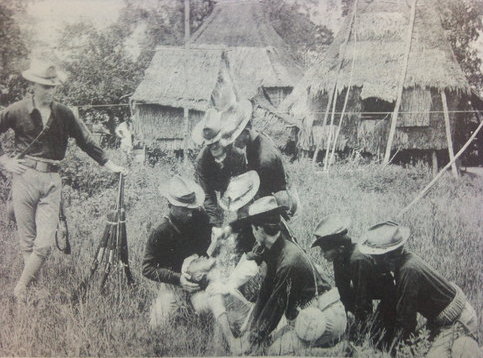 American troops interrogated Filipinos using the “water cure” — similar to waterboarding, but worse. They force-filled the subject with water, then pounded on their distended belly.

Waller’s epic March Across Samar echoes Rogers Rangers’ terrible retreat from St. Francis in 1759. There are other powerful echoes of earlier frontiers. Some Americans went “renegade,” going over to the Filipino rebels. One such was a Buffalo Soldier named David Fagen. He is the subject of a recent biography by Phillip Hoffman — David Fagen: Turncoat Hero, which is on my reading list. 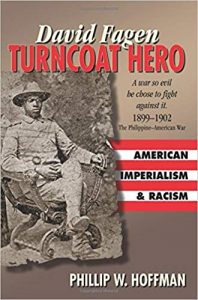 Hoffman is the author of the deliberately similarly titled biography of Simon Girty: Turncoat Hero. Hoffman’s biography of the 18th Century Ohio Valley frontiersman, “white savage” and British Indian agent, is outstanding. Like Girty, Fagen was regarded by the Americans he betrayed as a low cur, a traitor, and a price was put on his head. Accounts vary as to his fate. A bounty was paid on a decomposing head that was purportedly Fagen’s; yet some say he lived out his days with a Filipino woman in the mountains. I am eager to read Hoffman’s take, which I have no doubt will be as definitive as it is possible to be.

I am irresistibly drawn to this history, these “persistent frontiers.” The pull is visceral and emotional, and I would have immersed myself in frontier history my whole life simply because it is where I “live.” But I think I can make a pretty good case that our wars of frontier and empire — which continue to this very moment — define who we are as a culture and as a people. The best and the worst: the extraordinary bravery and sacrifice; the innovation; the high ideals and naivete inextricably mixed with bone-deep resource-greed and racism, and a great capacity for cruelty and brutality brought to bear against those we deem “savages.”

It matters. And I do love it so.