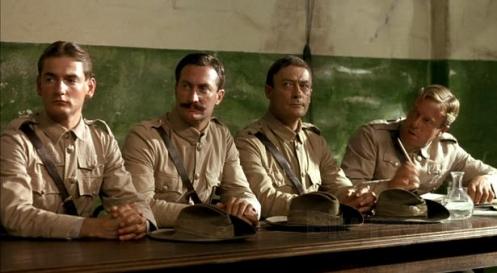 Murderer or scapegoat of empire? The court martial of Breaker Morant, Peter Handcock and George Witton remains controversial to this day.

Morant never tried to duck the charges. He freely admitted the killings of the prisoners, sarcastically telling the court that they were executed under “Rule .303,” a reference to the caliber of the Bushveldt Carbineers’ Lee-Enfield rifles. Morant insisted that he and Handcock and Witton were acting under the orders of Captain Hunt to take no prisoners, orders that they understood to have come straight down from Lord Kitchener. (This was before the Nuremberg Trials established a precedent that obedience to unlawful orders is not a sufficient defense).

Hot-headed as always, Morant swore he’d put Kitchener in the witness box, something that was never going to happen.

The take-no-prisoners order may or may not have originated with Kitchener, but the practice was, if not common, certainly not unheard of. The Canadian Scouts had a reputation as a take-no-prisoners outfit after their beloved commander Major Arthur “Gat” Howard was treacherously slain by Boers. Of course, there is a difference between taking no prisoners and taking them and then shooting them under Rule .303 — although the finer point at stake might be lost on the deceased.

During the court-martial proceedings, Boer Commandos raided Pietersburg and Morant, Handcock and Witton were turned loose to participate in the defense. They did so in lively fashion — and under British military precedent established by the Duke of Wellington, their actions probably should have earned them clemency under a policy known as condonation.

Australian lawyer James Unkles, who has been working for the past several years to secure a pardon for Breaker Morant and his compatriots, noted in a 60 Minutes UK interview that:

“…there is sufficient evidence of condonation by way of the performance of a duty of honour by Morant, Handcock and Witton during the Boer attack at Pietersburg… when the trial resumed, the court had an express duty immediately to discharge them, as their offence, if any, had been condoned.”

That was never going to happen either. The defendants were transferred to Pretoria, where the rest of the court martial went forward apace.

All three were found guilty of killing the Boer prisoners, though not of murdering Reverend Heese. Witton’s death sentence was commuted to life in prison (he was released two years later), but Handcock and Morant went to the firing squad. A detachment of Cameron Highlanders blew them to kingdom come.

Game to the end, The Breaker’s legendary last words were, “Shoot straight, you bastards! Don’t make a mess of it.” A journalist who was on hand said the last words were more prosaic, with The Breaker telling the executioners to take away the blindfold and to “be sure and make a good job of it.”

Either way, The Breaker went out a badass. But was he a murderer, or a scapegoat of empire? The court martial certainly evokes the long, lonesome whistle of a train. But was this railroad job a case of framing a guilty man? The case still stirs passions a century and more on.

Unkles argues that the proceedings were deeply flawed and unjust and served to deflect culpability from the British High Command:

“According to the law of 1902, I repeat 1902 not 2010, Morant and his friends carried out orders that they reasonably believed had been issued by superior command, Lord Kitchener. They believed these orders were issued to combat a devious guerrilla campaign by their opponents, Boer commandos. If anyone was guilty of a war crime in accordance with the law of 1902 it was Lord Kitchener. In order to deflect attention from him and to curry favour with the Boer Command with whom he was negotiating a peace deal, it made sense to make an example of three volunteer Colonials who mattered little in the big scheme. If these men were really guilty of anything, why was their arrest, investigation, trial and sentencing held in complete secrecy without any referral to the Australian Government or their relatives. The trial was riddled with breaches of trial procedures and the decisions were reached to convict and sentence while denying these men their guaranteed appeal rights. The case was a cruel deception and ensured the real culprits in a flawed policy of fighting the Boers, escaped any culpability.”

“Whether Morant and Handcock deserved to die is open to question, but only on the grounds of whether capital punishment is moral or not. Their guilt was all too clear, and it seemed clear at the time. So they ended up in front of a firing squad in February 1902.”

I’m going to give the last word on this to my friend, the late Tom Gibson. Tom was a Captain in the 101st Airborne and saw heavy combat at the Battle of the Bulge. Stephen Ambrose quoted him in “Band of Brothers” and again in “Citizen Soldiers,” regarding a story about a Lieutenant Speirs, who allegedly offered cigarettes to 10 German POWs, then calmly hosed them down with a .45 Thompson submachine gun. Tom’s comment was:

“I firmly believe that only a combat soldier has the right to judge another combat soldier. Only a rifle company combat solder knows how hard it is to retain his sanity, to do his duty and to survive with some semblance of honor. You have to learn to forgive others, and yourself, for some of the things that are done.” 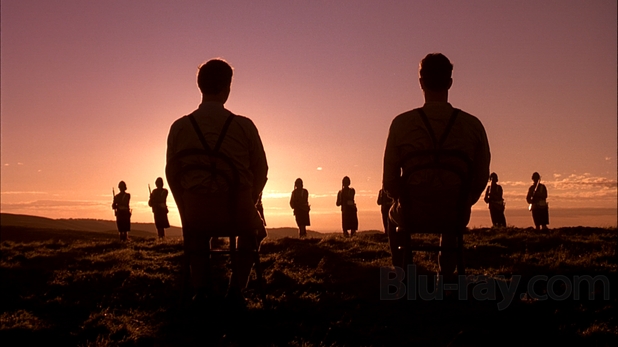