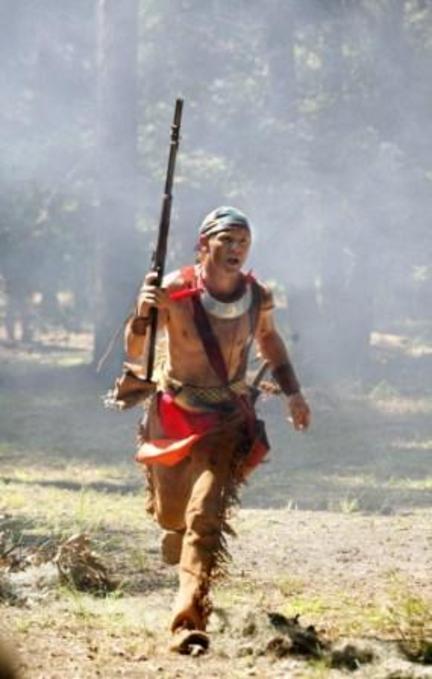 The Red Sticks overwhelmed the garrison of Fort Mims in Alabama 200 years ago today.

Today marks the 200th anniversary of the massacre at Fort Mims in what is now Alabama.

The incident kicked off the Creek War, in which several important Frontier Partisans served — Andrew Jackson, Sam Houston and David Crockett, to name the three best-known.

A militant faction of the Creek Nation, known as Red Sticks, attacked the fort, which was criminally undefended due to the negligent complacency of the garrison commander. Once the Red Sticks broke into the stockade, they killed at least 250 of the 517 people inside the fort (maybe more; a handful escaped and the rest, especially a large contingent of black slaves, were led into captivity). Among the dead were soldiers and militia and their dependents and a large number of mixed-blood Creeks who had sought refuge in the fort in what was, in effect a Creek Nation civil war.

The garrison actually gave a pretty good account of themselves in a  desperate struggle inside the confines of the fort. They killed as many as 100 Creek Red Sticks, which ultimately only served to feed a blood frenzy.

The atrocity fired panic — and a vengeful spirit — all along what was then the southwestern frontier. The ensuing war was exceedingly brutal, even by frontier standards. See Crockett’s memoirs for a frank account that really brings home the horrors of frontier warfare.

There’s a detailed history of the event here.