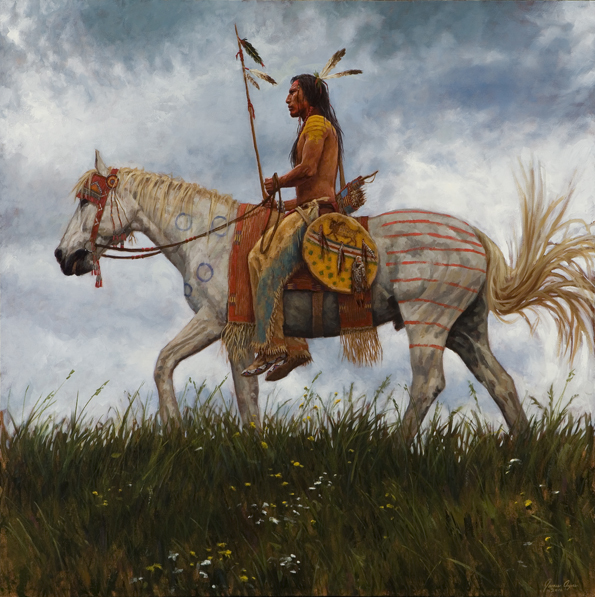 A three-pronged summer 1865 expedition led by General Patrick Connor to punish the perpetrators of the Platte Bridge Station brawl and other attacks managed to smash up an Arapaho village at Tongue River, but the main militant force under the leadership of Red Cloud and Roman Nose generally evaded contact — except on their own terms. They harassed two of the columns under Col. Nelson Cole and Col. Samuel Walker, but mostly let the terrain do their work for them. The troops were utterly worn out.

By the time Connor’s scouting parties found Cole and Walker’s columns, Cole’s men had stretched their 60 days of rations through 82 days and Walker’s troops had spent 15 days on half-rations. Just between September 3 and 9, Cole lost 639 horses and mules, about a fourth of his herd, due to exhaustion and cold.

They finally arrived at Fort Connor on September 20. Many of the men were shoeless, wearing rags and living by eating the dead animals. Years later, George Bent remembered that a person could have followed Cole’s column all the way from Omaha by going from the carcass of one Missouri horse or mule — formerly pampered, now dead— to the next.

There was no prospect of trying again.

Cash-strapped, under-manned and preoccupied with Reconstruction, the American military establishment wanted no part of what would obviously be a long, grinding and expensive campaign to quell the Lakota/Cheyenne insurgency in the Powder River Country.

So, the U.S. decided to implement a classic principle of counterinsurgency: When force fails, try a satchel full of cash.

Once again, in the spring of 1866, the U.S. Government called upon the tribes to gather at Fort Laramie to accept gifts and annuities, this time in return for a guarantee of safe passage for white travelers along the Bozeman Trail. Red Cloud and the militant Oglala and Minneconjou Lakota came in to talk — but they were of little mind to yield anything.

The council did not go well. 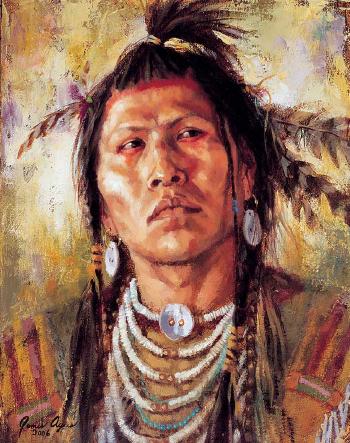 The Lakota knew BS when they heard it…
Art by James Ayers.

E.B. Taylor, who led the Northern Superintendecny of the Indian Bureau for the U.S. Government, was pleased at the turnout for his peace conference, and quite thrilled that he’d managed to bring in the fighting Indians, not just the Laramie Loafers. As a bureaucrat, it was in his interest to show his superiors that their desires for peace on the cheap were being fulfilled, but it seems that he sincerely believed that such a peace was achievable. He assured the Lakota, Cheyenne and Arapaho that all the government sought was passage, not permanent settlement in their hunting lands — and he promised that he would not allow emigrants to shoot the game that made the Powder River Country so valuable to the tribes. This was either laughably naive or disingenuous. Everybody but (apparently) Taylor knew that such an edict was unenforceable.

And there was a bigger problem: The Government had deployed Col. Henry B., Carrington and the 2nd Battalion/18th Infantry Regiment to build two forts along the Bozeman Trail. There are many dramatic accounts of of Red Cloud’s reaction when Carrington arrived at Fort Laramie. He supposedly stormed:

“The Great Father sends us presents and wants us to sell him the road, but before the Indians say yes or no White Chief goes with soldiers to steal the road.”

It seems most likely that Red Cloud and the militants were well aware of Carrington’s presence and mission well before he arrived. In any case, the effect was apparent. Red Cloud and other militant chiefs left the conference in mid-June and headed back to the north. Carrington did not yet realize it, but as he marched his 700 troops — plus more than 300 women, children and a variety of civilian contractors up the Bozeman Trail, he was entering a war zone.

Col. Carrington was not a combat leader. His exemplary Civil War service came in the field of administration and recruiting. He was a highly capable organizer, administrator and engineer, and the outfit he commanded was more construction crew than combat unit. The Carrington expedition rolled forth in 226 wagons drawn by government mules, and they herded along 1,000 head of cattle. The wagons contained a portable sawmill and Carrington — who loved martial music, despite not really being a martial man — brought along a 35-piece regimental band. Inexplicably, they were armed not with the Civil War muzzleloaders his infantry carried, but with brand-new Spencer repeating rifles. Priorities.

It seems almost absurd to think of infantry plodding across the vast high plains of what is now Wyoming, but the strategy the U.S. Army sought to employ provided for static defense of established posts, and escorts for civilian wagon trains. Infantry could march along as fast as a wagon train could roll. What they couldn’t do was effectively pursue and engage highly mobile light cavalry. That was going to be a problem.

At the end of June, Carrington detailed a part of his force to refurbish Fort Reno, which had been established as Camp Connor during the 1865 campaign. Then he moved on to a site where the Bozeman Trail hit Big Piney Creek, in a beautiful, verdant valley. Here, he would build Fort Phil Kearny, named in honor of a Union General who fell in the Civil War. He detached two companies to continue on up the trail to establish Fort C.F. Smith on the Bighorn River in what is now south-central Montana.** 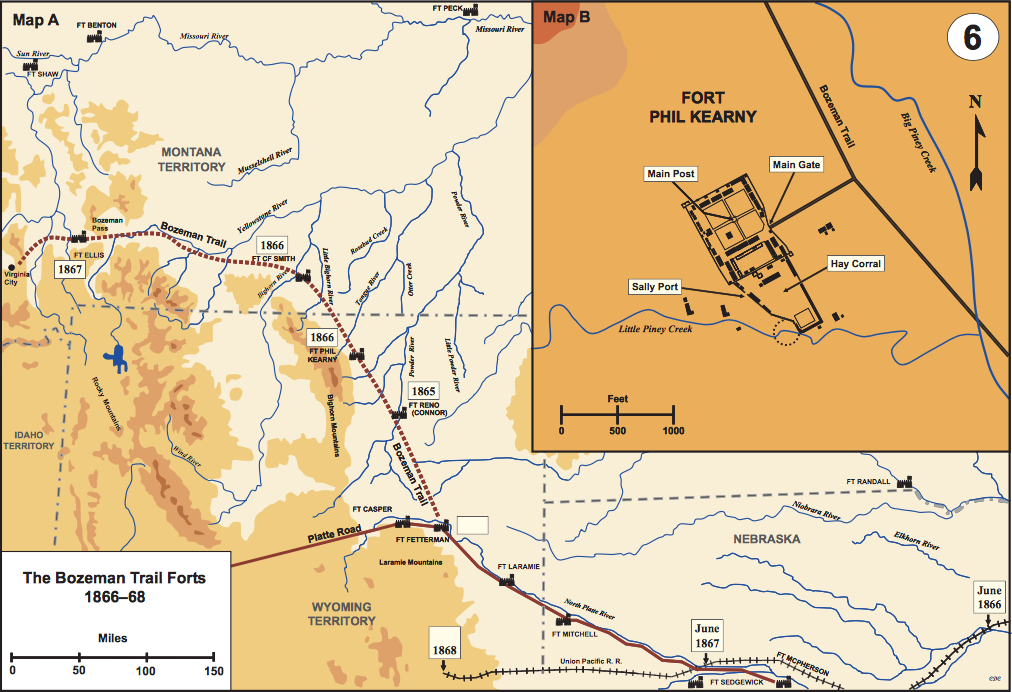 The site of Fort Phil Kearny is a lovely spot — well watered with luxuriant hay meadows nearby, and with access to the pine timber of the Bighorn foothills. The great Mountain Man Jim Bridger, who was Carrington’s chief scout, didn’t like it. From a strategic standpoint, the fort site had one glaring disadvantage — it was in a bowl surrounded by high hills, from which an enemy could watch every activity of the garrison. And the enemy was already watching as construction got underway.

The Army crew got to work immediately, cutting timber and hauling it by wagon to where they’d established a sawmill. Civilian contractors assembled mowing machines and mowed the parade ground flat and laid out “streets.” A log palisade went up quickly, followed by officers’ quarters and a sutlers store. Col. Carrington ably supervised the construction project, and also conferred with visiting “peace chiefs” who expressed dismay at the fort construction but assured the colonel that they did not want war. they also warned him that Red Cloud did want war and had many warriors ready to fight. And on July 17, the war began. 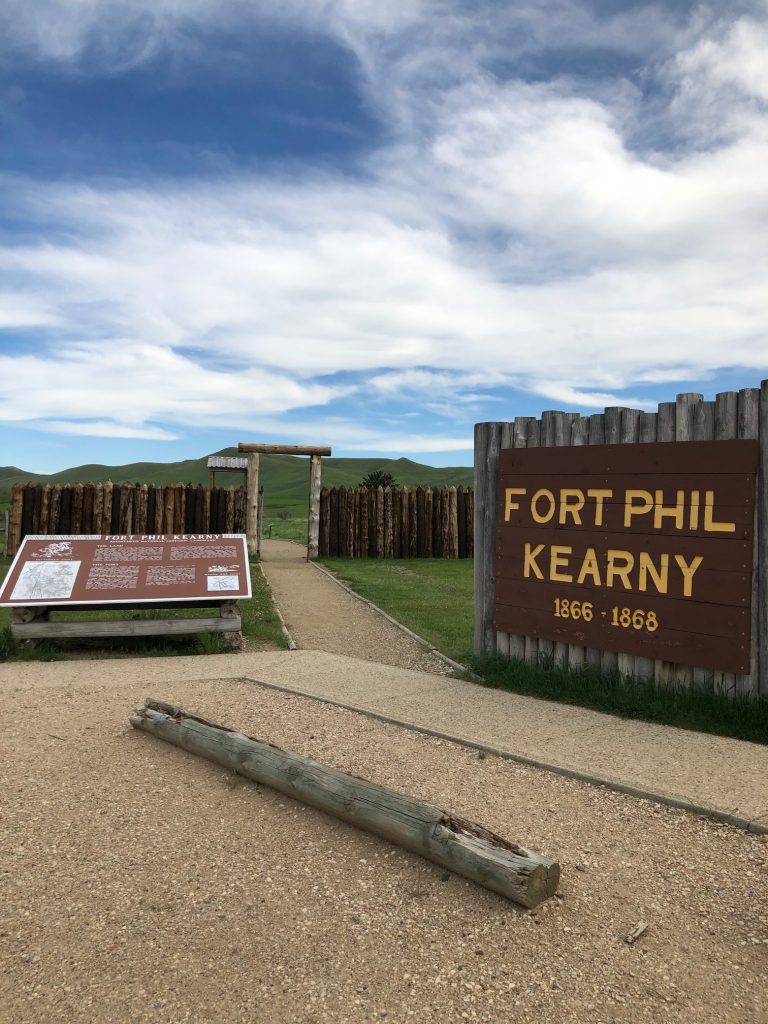 The palisade at Fort Phil Kearny has been partially reconstructed. Through the gate and some distance away, Pilot Knob looms over the surrounding countryside. Carrington placed signalers there to keep an eye on activity. The whole of the outpost was readily observable from other hills surrounding it. Author photo.

About dawn on July 17, a party of young Oglala Lakota raiders struck the encampment of several companies of soldiers not far from the construction site. They stampeded horses and mules and led the soldiers led by Lt. William Bisbee on a merry chase through the broken hills surrounding the fort. These were not experienced cavalrymen — they weren’t even trained mounted infantry — and they had no hope of running down the raiders. Two soldiers were killed and three wounded. It was the beginning of months of such attacks that depleted the Army’s remuda and sapped morale. And as the pursuing troops returned to the encampment, they happened upon a sight on the Bozeman Trail that would strike terror and gloom into the command.

“They discovered several wagons destroyed, covers torn to shreds, and plunder strewn on the ground. Around the wagons Bisbee’s men found the remains of five dead civilians and one man mortally wounded. ‘It was a terrible sight,’ remembered Pvt. John Ryan. “the victims had been mutilated in the most horrible manner and it gave us all the most convincing lesson.’” 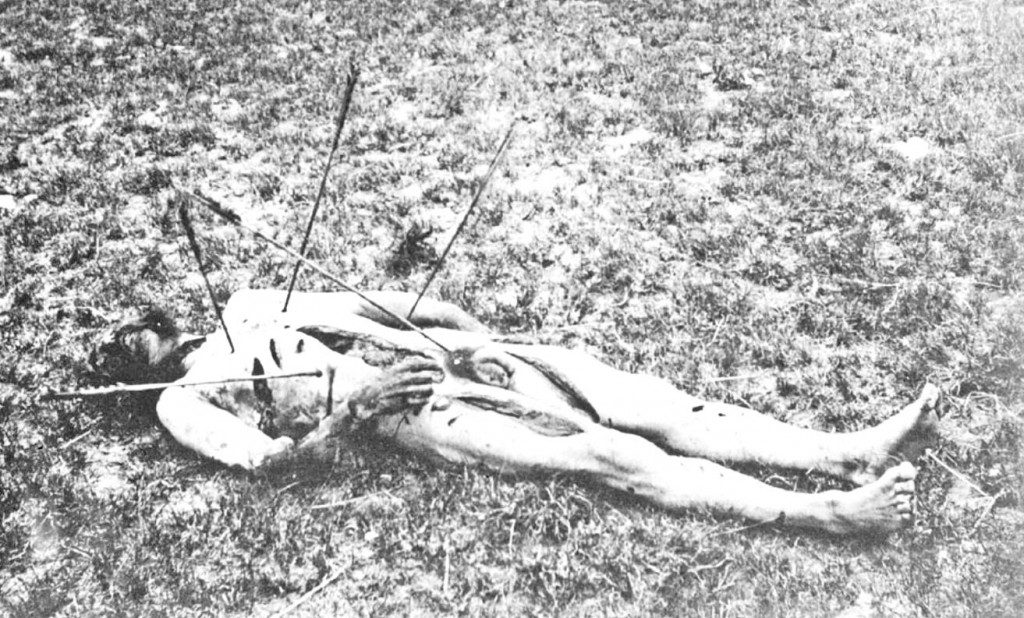 A most convincing lesson.

The victims were the party of on Pierre Gazeau, known as French Pete — a trader married to a Lakota woman, who had lived among and traded with these people for years. The attackers spared his wife Mary and their children, because they were Lakota, but showed no mercy to French Pete and his white companions. The militants recognized friends no more among the white men.

The slaughter marked the beginning of a spate of gruesome killings along the Bozeman Trail. For the next nine days, small parties or individuals caught away from the safety of a large wagon train or the fort would be butchered and their parts strewn about the prairie. On July 26, the attacks ceased as suddenly as they had begun. Perhaps the Indians had turned their attention to preparing for the late summer buffalo hunt; perhaps increased security (Carrington mandated that all wagon trains be consolidated into as large a party as possible) deterred further raids. But that nine days of terror on the Bloody Bozeman made an indelible impression on emigrants and soldiers alike.They knew that they were in a war, and soon enough Fort Phil Kearny itself would be under siege.

** The maps in this series are from the magnificent Combat Studies Institute Press Atlas of the Sioux Wars, Second Edition.