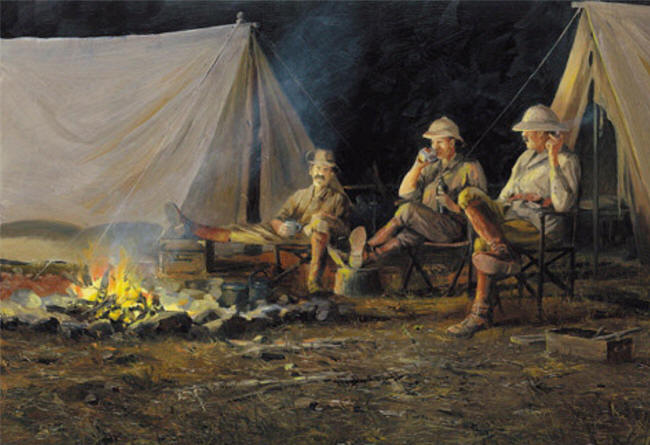 Around the turn of the 20th Century, Americans became acutely and nostalgically aware of their frontier and wilderness heritage.

There was an outpouring of tale-telling about the early frontier from novelists like Joseph A. Altsheler and historians like Cyrus Townsend Brady. President Theodore Roosevelt extolled the virtues of the strenuous life and lived them out in his 1909 African safari, providing an example to the populace at large.

It all created a craze for getting out into the woods, and the golden era of the American camping experience was underway.

Nowadays there’s an active community recreating that golden age, practicing the classic camping and bushcraft skills that defined this wonderful era. Recently, Steven M. Watts contacted me with the link to a site he and David Wescott operate  at http://campandtrailblog.blogspot.com.

Friends, it is a wonder. These folks are out there living the genuine, real deal good life, and it looks for all the world like a John Seerey-Lester scene in action.

There’s enough good stuff on this site to keep you busy for hours — until you can’t take any more and have to get out on the trail.

I’ll be spending a LOT of time at their campfire. 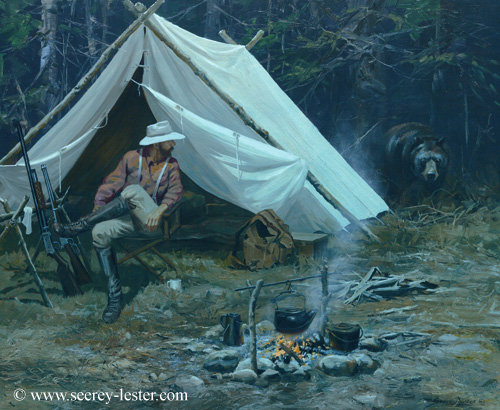