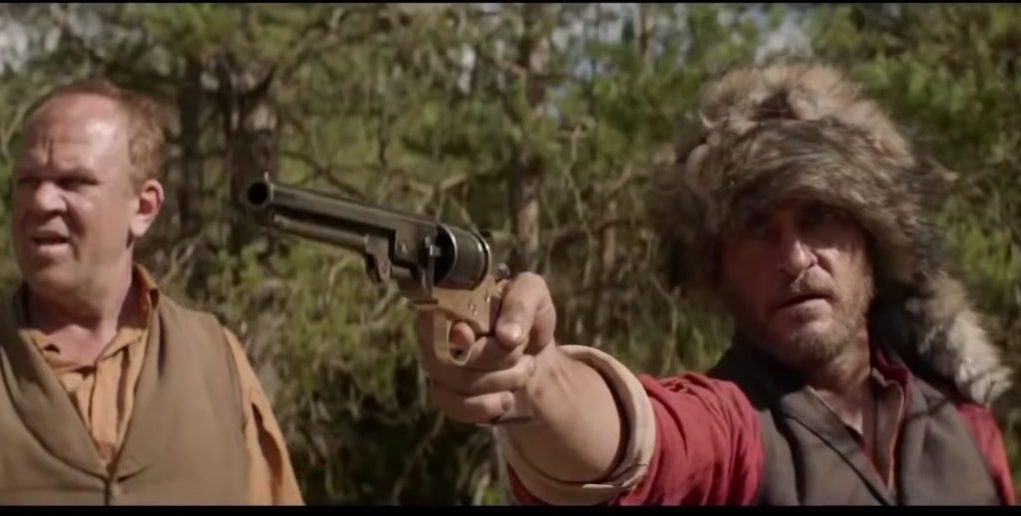 I want the hat. I’m willing to tussle for it.

• The Clan is pulling up stakes again. Our landlord has decided to remodel and sell the place where we’re living now, so we’re fixin’ to move this fall. Fortunately, Marilyn and I are entirely simpatico on our goals and desires for the move, and delight in the opportunity to pare down yet again. We figure it’s just another step along the trail to the ultimate goal, which is an Airstream in Apache country.

Ceili is already planning her continuing adventures in the civilized world beyond the borders of Clan lands, so it’s not like we’re disrupting her world at all.

This endeavor may disrupt my writing a bit, but probably not too much. I have some longer historical pieces in the works, including my long-overdue piece on The Apache Kid.

• Autumn is my favorite season. Like Paul McNamee, something in me is triggered by pumpkin spice. 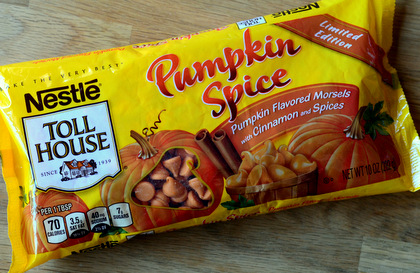 The past few days have carried more than a hint of autumn in the crisp morning and the angle of the light. It’s a welcome change, since our apparent new normal for summer is days of dense smoke. We haven’t had a local wildfire, but the rest of the West is burning and between California and British Columbia, we have been bequeathed a hazy summer. So… welcome autumn.

This season is an especially rich one for frontier storytelling:

• September sees the release of The Sisters Brothers, a dark Western comedy set in Oregon and California during the 1850s. My friend Jack McGowan really liked the novel that it’s based on.

In 1850s Oregon, a gold prospector is chased by the infamous duo of assassins, the Sisters brothers.

So far, I like what I’m seeing and hearing about Kurt Sutter’s latest outlaw drama.

• Hold The Dark drops on Netflix September 21. Looks really good, and I’m told I must read the book upon which it’s based.

After the deaths of three children suspected to be by wolves, writer Russell Core is hired by the parents of a missing six-year-old boy to track down and locate their son in the Alaskan wilderness. 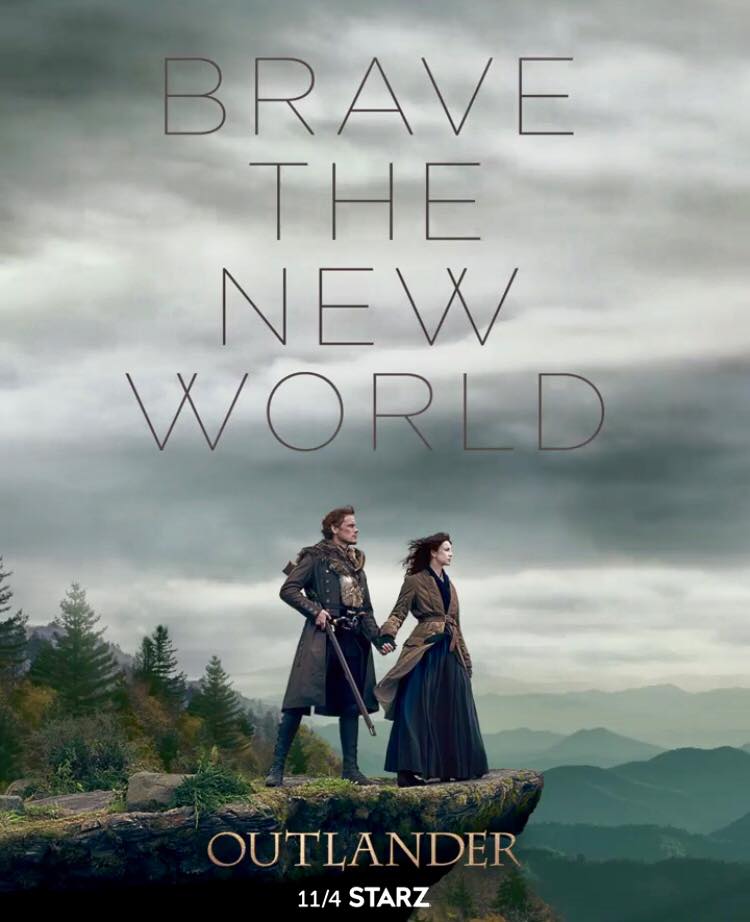 Last week, I listened to an episode of Outlandercast (podcast) that did a nice job of sketching out the historical background of colonial North Carolina. Worth your time.

Speaking of podcasts, I also enjoyed The Iroquois History & Legends Podcast on The Battle of Taughannock Falls. A classic frontier tale.

During a Delaware invasion into Cayuga territory, the area peoples rally to defeat a foe bent on revenge. The battle will culminate at the edge of the highest waterfall on this side of the continent. 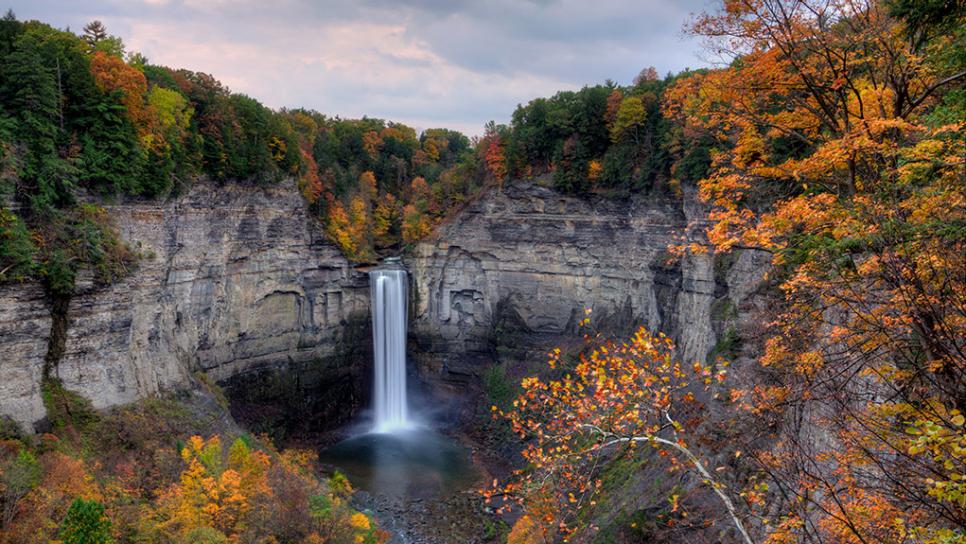 Taughannock Falls in New York — the perfect spot for an epic battle between the warriors of the Longhouse and Delaware rebels.

There is something quite satisfying about listening to a tale of indigenous mayhem in the deep forest while setting up to shatter a legion of clays.

• Outlaw King also drops in November. I have become more and more enamored of the dark, wild, soiled glory of tale of Robert the Bruce and have come to see The Declaration of Arbroath as a key document.

“It is in truth not for glory, nor riches, nor honours that we are fighting, but for freedom – for that alone, which no honest man gives up but with life itself.” 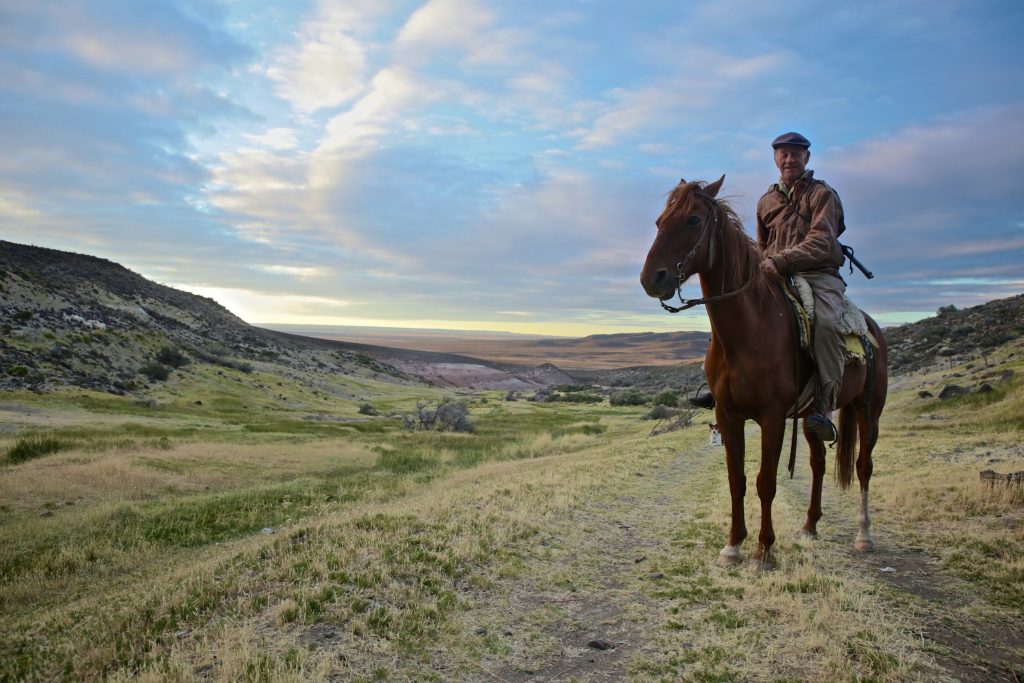 • With the recent dust-up over what appears to be the beginning of expropriation-without-compensation in South Africa, and the likely diaspora of what’s left of the Afrikaner farmers in the country, it is timely to remember that there was an earlier Boer diaspora. In the immediate aftermath of the Anglo-Boer War of 1899-1902, a fair number of Boers emigrated — most famously the guerrilla commander Ben Viljoen. Scholar Andrew Offenburger has been working on a much-anticipated tome on the attempts to create Boer colonies in the U.S.-Mexico borderlands.

Here is an interesting piece on the Boer connections with a hacienda in Chihuahua.

The Boers might have done well in Mexico, but revolutionary tumult put paid to colonial ambitions of all kinds, including a project in Yaqui country involving the Boers’ nemesis, Frederick Russell Burnham.

I had heard a bit about Boers in Mexico and the U.S. Southwest, but I did not know that some had gone to Patagonia, though it doesn’t surprise me. I discovered a documentary on the subject that I will sit down with this month and watch in full:

It is striking that the Afrikaners in the film continue to identify as Africans, feeling an acute nostalgia for a homeland they have never seen.

• It is curious how much staying power Robert E. Howard has had for me, over a period of decades. I discovered his work at about the same time that I discovered the story of Simon Kenton — both thanks to my brother’s influence. I have a powerful mental image of the first time I saw John’s Lancer Conan books with their Frank Frazetta covers — they made that strong an impression on me.

But it was the content that pulled me in and has never let me go. It’s not hard to understand. Howard, a Texan, was deeply steeped in a frontier ethos and mythos, and it thrummed like an E-chord through all of his work, regardless of setting.

Howard’s most famous creation — Conan of Cimmeria — is getting yet another graphic treatment, with rights reverting to Marvel Comics. This would ordinarily be of little interest to me; I would happily stick with Tim Truman (a Frontier Partisan himself) and his Dark Horse run. But our correspondent Matthew scouted up an interesting piece of intel: The new Marvel Conan will be written by Jason Aaron. 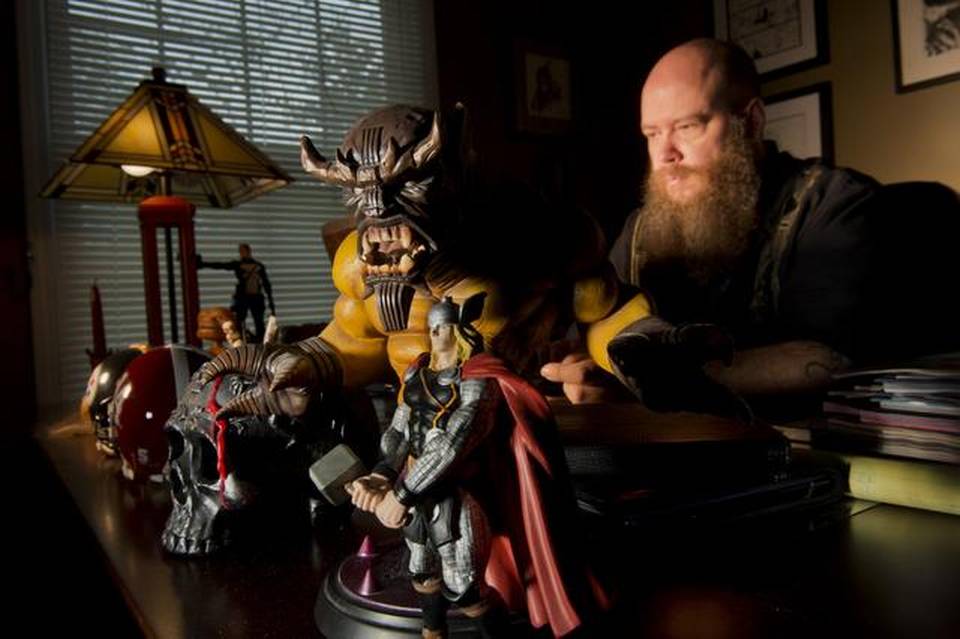 I love what he has to say about his current gig, because his experience of Howard matches my own:

“I’ve literally been preparing for this job since I was 13 and discovered my first Robert E. Howard Conan paperback in a used bookstore in my little hometown of Jasper, Alabama. I devoured every Howard book I could find after that, and I’ve been making up Conan stories in my head ever since. Now I finally get to do that for real, alongside the amazing Mahmud Asrar. So this opportunity means an awful lot to me, and I’m cherishing every blood-splattered, spider-haunted second of it.

“The big initial arc we’re doing in this new series is very much done in reverence to Robert E. Howard and those original stories. One of the things that initially pulled me into the character was the fact that with each story, Howard jumped to a different point in Conan’s life, where he was in a different setting, interacting with different characters and living a very different life. I loved the grand and epic scope of Conan’s overall journey, and so for this new series, instead of picking just one period from Conan’s life and doing stories set only within that, our opening 12-issue arc will thread together many different periods and aspects of Conan’s journey, from Cimmeria to Aquilonia and beyond. That’s why this story is called “The Life and Death of Conan.’’’ 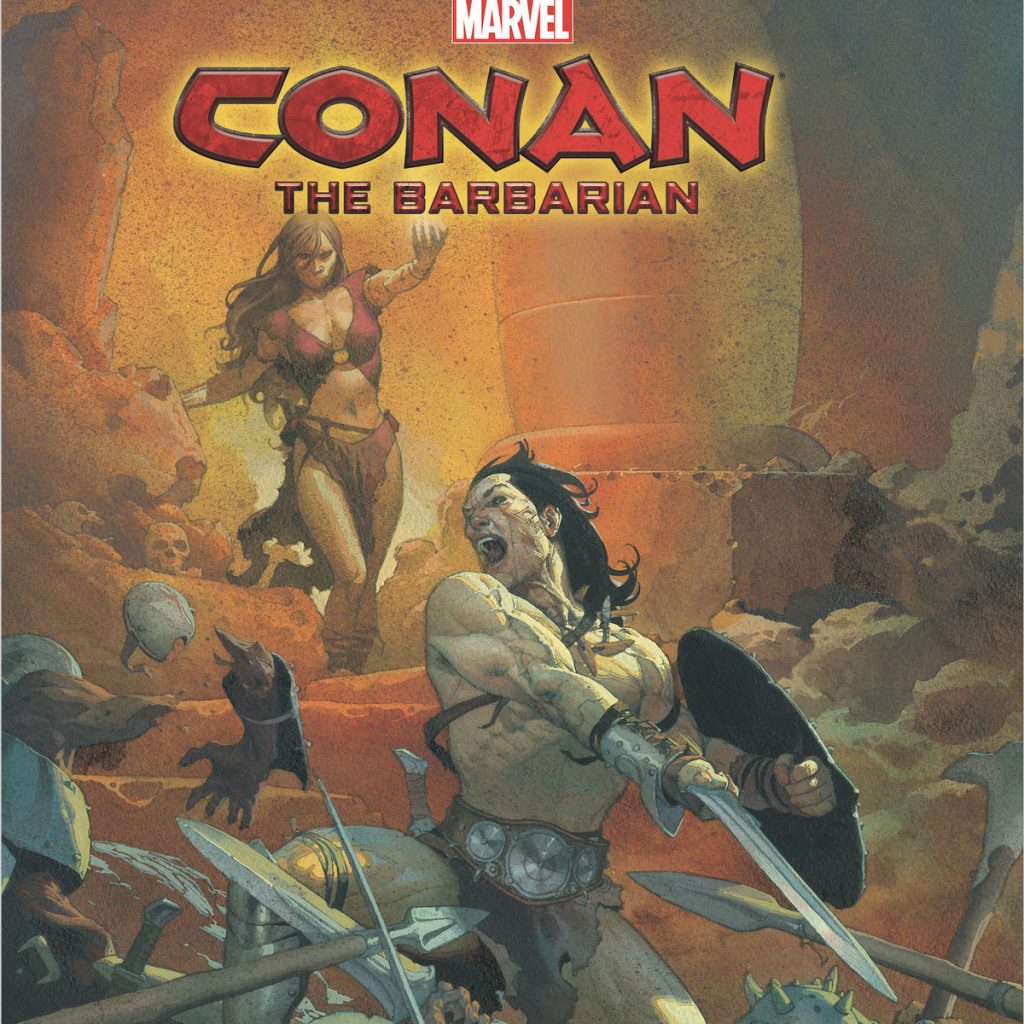 Previous Post: « Fall Of Gods — A Tale From The Mythic Norse Frontier
Next Post: My Cowboy Soap Opera »