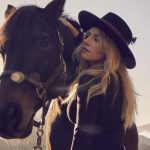 Katheryn Winnick (of Vikings fame) has been tapped for a lead role in an ABC crime drama titled The Big Sky, based on C.J. Box’s The Highway. C.J. Box is one of a crop of Rocky Mountain writers who have made the modern West the locus of some really first rate crime fiction. Boss of the genre for me is Craig Johnson with his Longmire series, but … END_OF_DOCUMENT_TOKEN_TO_BE_REPLACED 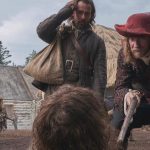 Memorial Day is fixin’ to be a feast of frontier drama. Barkskins premiers on Monday, May 25 on the National Geographic Channel. The more I see of this, the more excited I am for it. TV Insider has a good interview with the showrunner, Elwood Reid: Based on Annie Proulx’s best-selling novel, the series from Elwood Reid takes a close look at the … END_OF_DOCUMENT_TOKEN_TO_BE_REPLACED 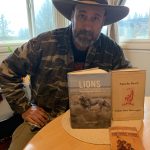 Our compañero Lane Batot filled a significant hole in the Frontier Partisans library. The Pony Express arrived last week with his gift of Edgar Rice Burroughs’ two Apache novels (plus a bonus book on lions in Africa). They will be my nightstand reads in the coming weeks. So THOSE Apaches are here. We’ll have to wait till May 27 for Black … END_OF_DOCUMENT_TOKEN_TO_BE_REPLACED 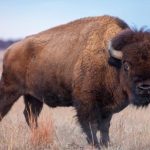 There’s a potential fight brewing between the state of South Dakota and the Lakota nations over COVID-19 checkpoints. From Rapid City Journal: Gov. Kristi Noem sent letters Friday to both the Cheyenne River Sioux Tribe and Oglala Sioux Tribe demanding that their checkpoints for COVID-19 related travel be removed from state and U.S. highways. If … END_OF_DOCUMENT_TOKEN_TO_BE_REPLACED 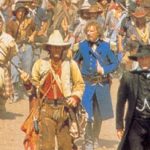 Been following this batshit crazy mercenary misadventure in Venezuela a few days back. A U.S. contractor called Silvercorp was apparently behind a small and woefully ill-equipped and ill-prepared amphibious incursion led by some ex-Special Forces soldiers which was apparently designed to whack Nicolas Maduro and launch an uprising. Laudable enough … END_OF_DOCUMENT_TOKEN_TO_BE_REPLACED 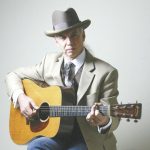 Got a very nice note from Ted Franklin Belue a couple of days ago. He had some nice things to say about the work here, which is deeply pleasing to me, because Ted Franklin Belue is a kindred spirit and, in fact, one of the godfathers of Frontier Partisans. Belue is the author of two essential frontier histories: The Hunters of Kentucky and The … END_OF_DOCUMENT_TOKEN_TO_BE_REPLACED 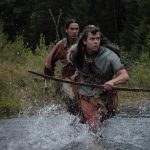 If I could roll back the years Back when I was young and limber Loose as ashes in the wind I had no irons in the fire... — Ian Tyson, 50 Years Ago The Great Quarantine has not altered my activities much, with the exception of shutting down music gigs, which I miss acutely. I’ve been playing pretty regularly, but only on the couch. … END_OF_DOCUMENT_TOKEN_TO_BE_REPLACED 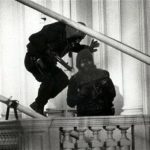 Forty years ago today, on April 30, 1980, six gunmen took over the Iranian embassy in Kensington in London. Six days later, the British Special Air Service stormed the building, rescued most of the hostages and killed most of the gunmen. The siege of the embassy was broadcast around the world on television, and it made the SAS the hottest, sexiest … END_OF_DOCUMENT_TOKEN_TO_BE_REPLACED

Clan Cornelius has been spending many an evening during the Great Quarantine on the frontiers of Dark Ages England, watching The Last Kingdom. We rewatched Season 3 and have delved into Season 4 which is now available in its entirety on Netflix. Based on Bernard Cornwell’s Saxon Chronicles, the Last Kingdom of the title is 9th Century … END_OF_DOCUMENT_TOKEN_TO_BE_REPLACED 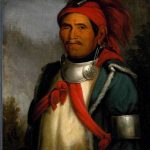 I’ve probably given Tecumseh short-shrift here at Frontier Partisans. He is widely regarded as the most talented leader of the indigenous resistance to American power and the pan-Indian movement he sought to create in the early years of the 19th Century was the last best chance to establish a genuine (non-reservation) native sovereignty in the … END_OF_DOCUMENT_TOKEN_TO_BE_REPLACED