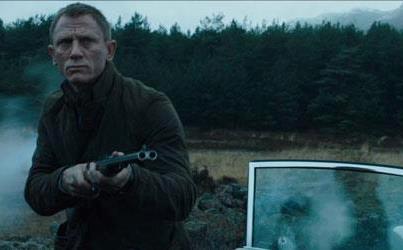 Yes, the old ways are often best… James Bond armed with a .500 Nitro Express double rifle. My cup runneth over…

Though much is taken, much abides; and though

We are not now that strength which in old days

Moved earth and heaven; that which we are, we are;

One equal temper of heroic hearts,

Made weak by time and fate, but strong in will

To strive, to seek, to find, and not to yield.

I REALLY liked “Skyfall.” Frontier Partisan cinema? Hell yes. Bond is fighting the battles of empire in a post-imperial world, but — as envisioned in his current incarnation — he’s definitely cut from the same cloth as those old-time badasses who planted the Union Jack in places it had no business being and played nasty, deadly games in the shadows to protect the interests of Queen & Country.

“Skyfall” is rife with the sentiment that “the old ways are better,” which resonates powerfully with me. I never thought I’d see James Bond wielding an Anderson Wheeler .500 Nitro Express double rifle; FP readers must know how gratifying that is to me. Bond is now, manifestly, a throwback. In a world where the “action” is undertaken by geeks on their laptops in their pajamas (retch!) he’s only needed because sometimes a trigger still has to be pulled. Shotgun-shell IEDs, 19th Century duelling pistols, a double rifle, a hunting knife, a manor house dating back to the 16th Century — it’s all a big “fuck you” to the high-tech world, a sentiment I would never have expected in a Bond film.
It’s a visually arresting film in different ways in virtually every scene. I wondered how Sam Mendes, a guy who could be fixated by a bag swirling on the breeze, would handle high-action — and he did it magnificently. Craig is a great merciless bastard. I like it that he doesn’t come off totally convincingly as a “sophisticate.” It is a “thin veneer of civilization” on a lethal weapon. Bardem is a great creepy villain.
Hell, I liked everything about it. 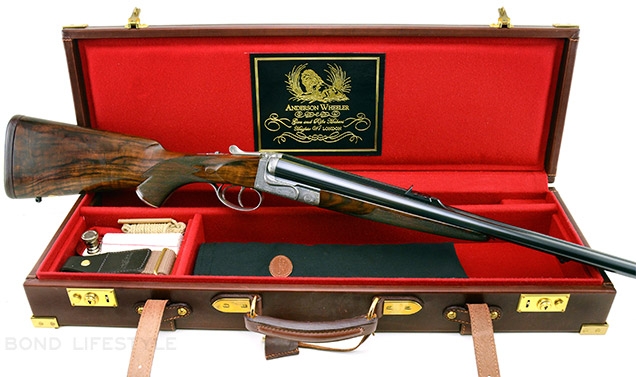