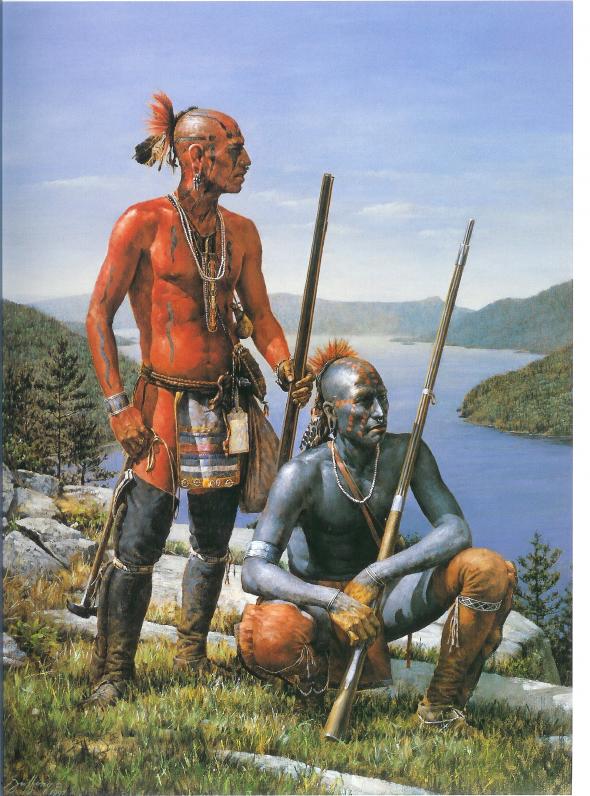 The Seneca were serious badasses. Their slaughter of non-combatants at Cherry Valley would have dire consequences for their people. Art by Robert W. Griffing.

November 11 marks the anniversary of the Cherry Valley Massacre, one of the most notorious episodes of the American Revolution.

Loyalist Rangers under Captain Walter Butler and Iroquois under the Mohawk Thayendanegea (Joseph Brant) attacked a fort protecting the New York settlement. Unable to take the stockade, a party of Senecas rampaged through the settlement, killing 14 soldiers and 30 non-combatants, including women and children. Another 30 settlers were taken into captivity.

It was a nasty piece of business, one that Brant and Butler were unable to prevent. The Iroquois had sowed the wind. The Cherry Valley attack and the slaughter of wounded and captured Americans at the Wyoming Valley fight earlier in the year led to General George Washington sending out a punitive expedition in 1779 that devastated the homeland of the Six Nations.