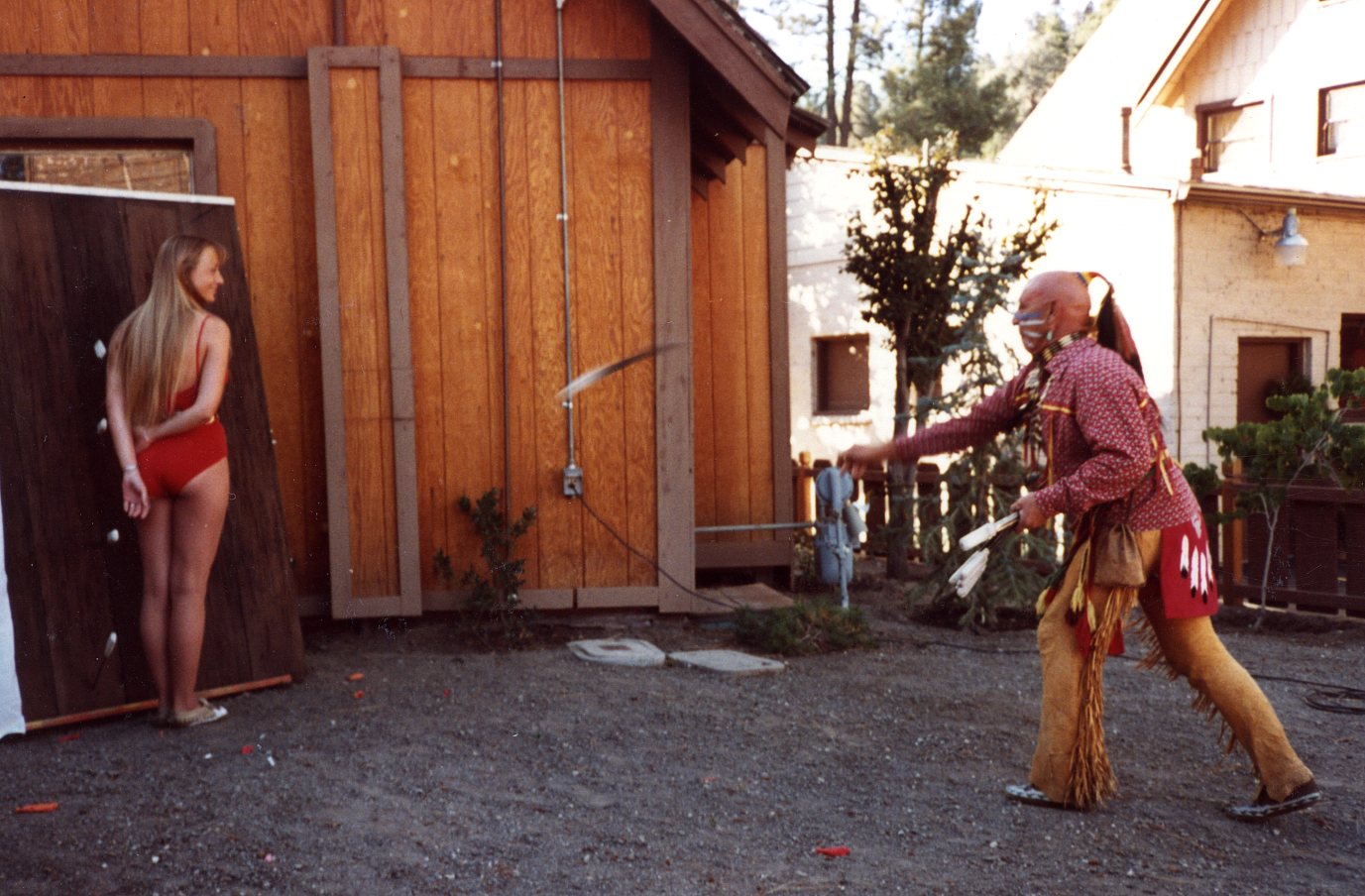 A scene I witnessed many times in my old stomping grounds in Wrightwood, California. There is absolutely no question that I was standing right there, near the photographer, watching Grey Otter’s astounding work.

There are reasons to love the Internet. Here’s one: You may recall that last summer I wrote a post on Skeeter Vaughan, aka Grey Otter — ace knife and tomahawk thrower, warrior, showman. When I was young I witnessed his throwing feats many times in Wrightwood, California. It thrilled my young, frontier-obsessed heart and soul. I hadn’t thought about those days in a long time, then Skeeter’s name popped up twice in a week, and I went time-traveling.

You may remember from that post that I mentioned Grey Otter’s lovely target/assistant, who left a teenaged Jim Cornelius rather twitterpated. Well, yesterday, Stephanie Rowles posted a comment on that original Grey Otter story. Yep, the lovely lady herself, who put herself a razor’s edge from Skeeter Vaughan’s blades over and over again.

Skeeter was like a father to me. Obviously I trusted him with life and limb. I miss him terribly. I have many photos of those shows.. it was one of our favorite road trips every year! I’m pretty sure I was the last assistant to work with Skeeter. I have a letter he wrote to me from Washington, shortly before his passing. He was one in a million….

At my request, Stephanie shared some photos from those good days. 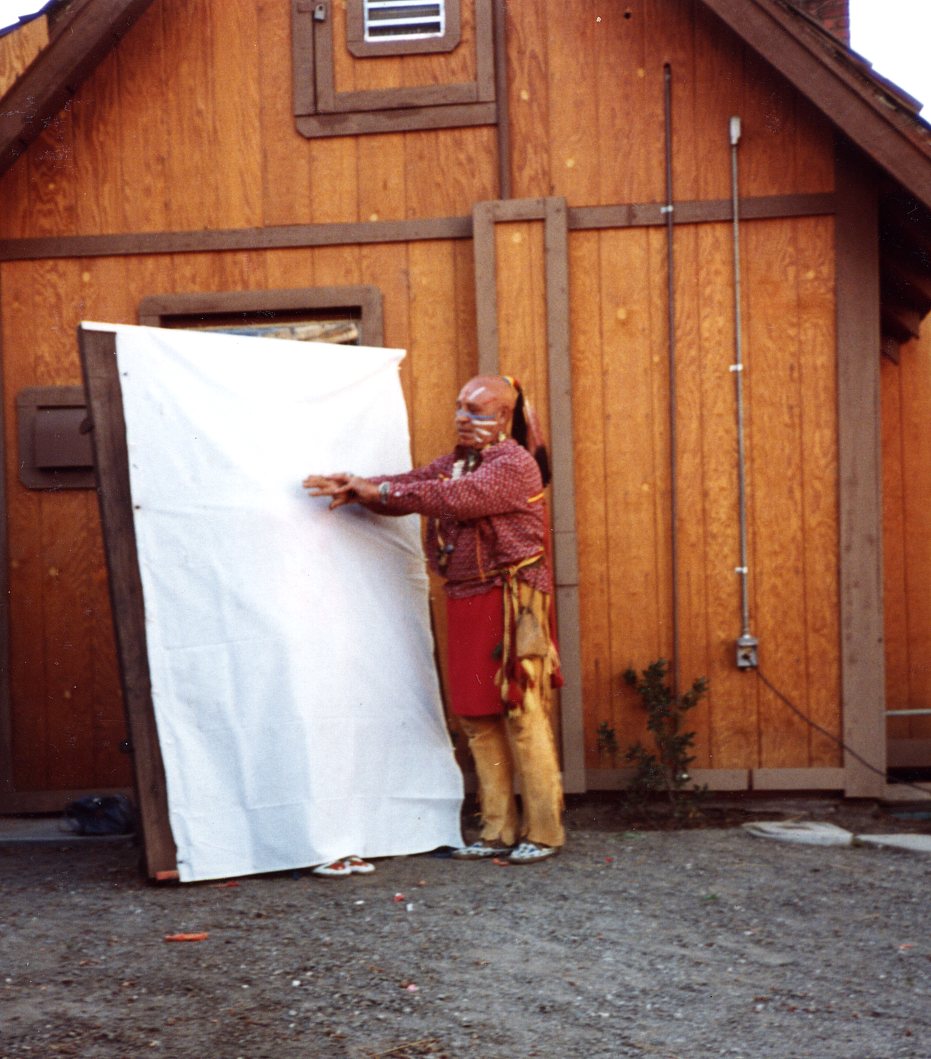 “Skeeter had a great sense of humor, when he covered me with the sheet he would purposefully pull his hand away from my chest as he outlined where my body was so he would not hit me.” 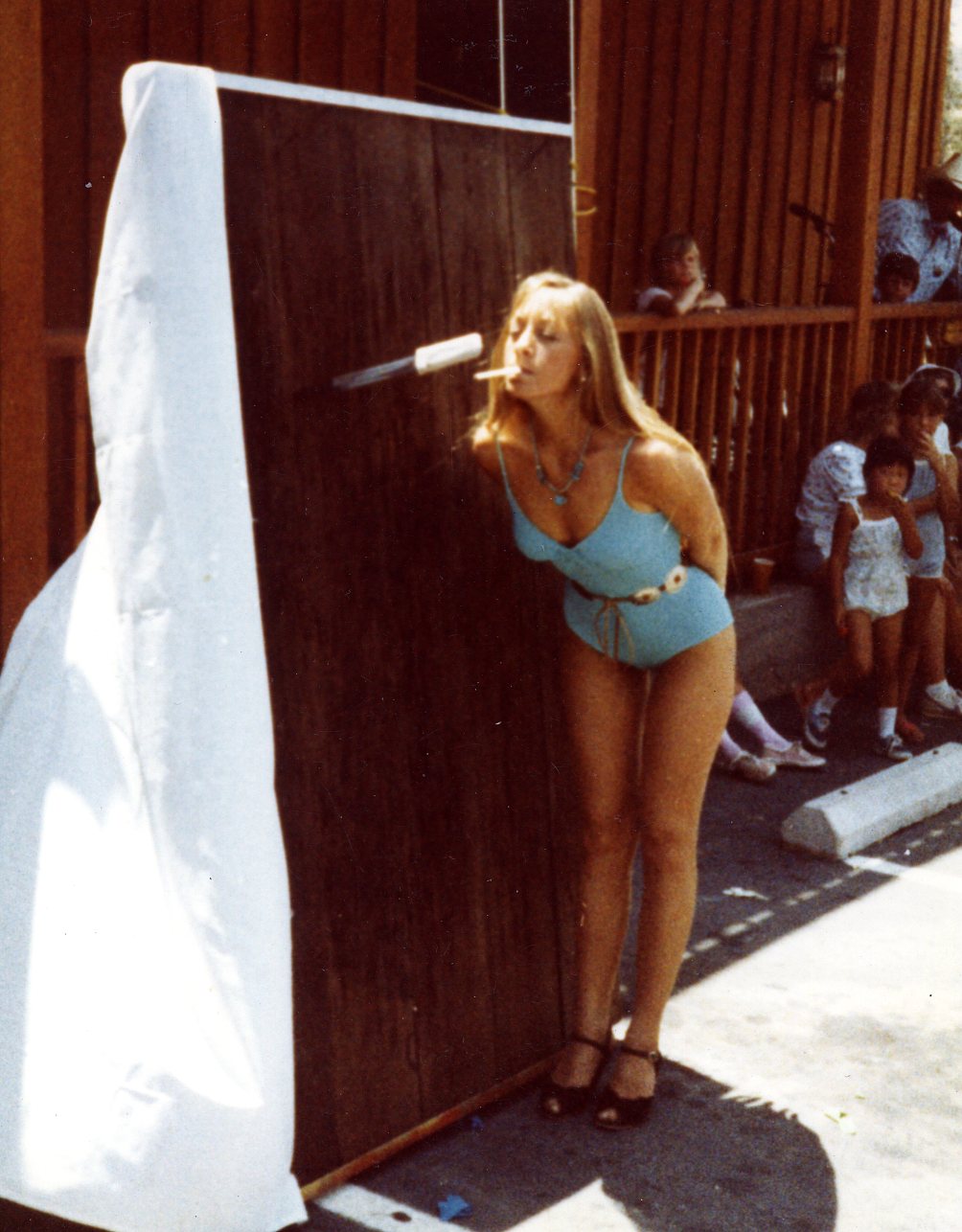 “He cut a cigarette in an aqua filter out of my mouth every show. Every, single time, perfectly. Hundreds of shows. Amazing.” 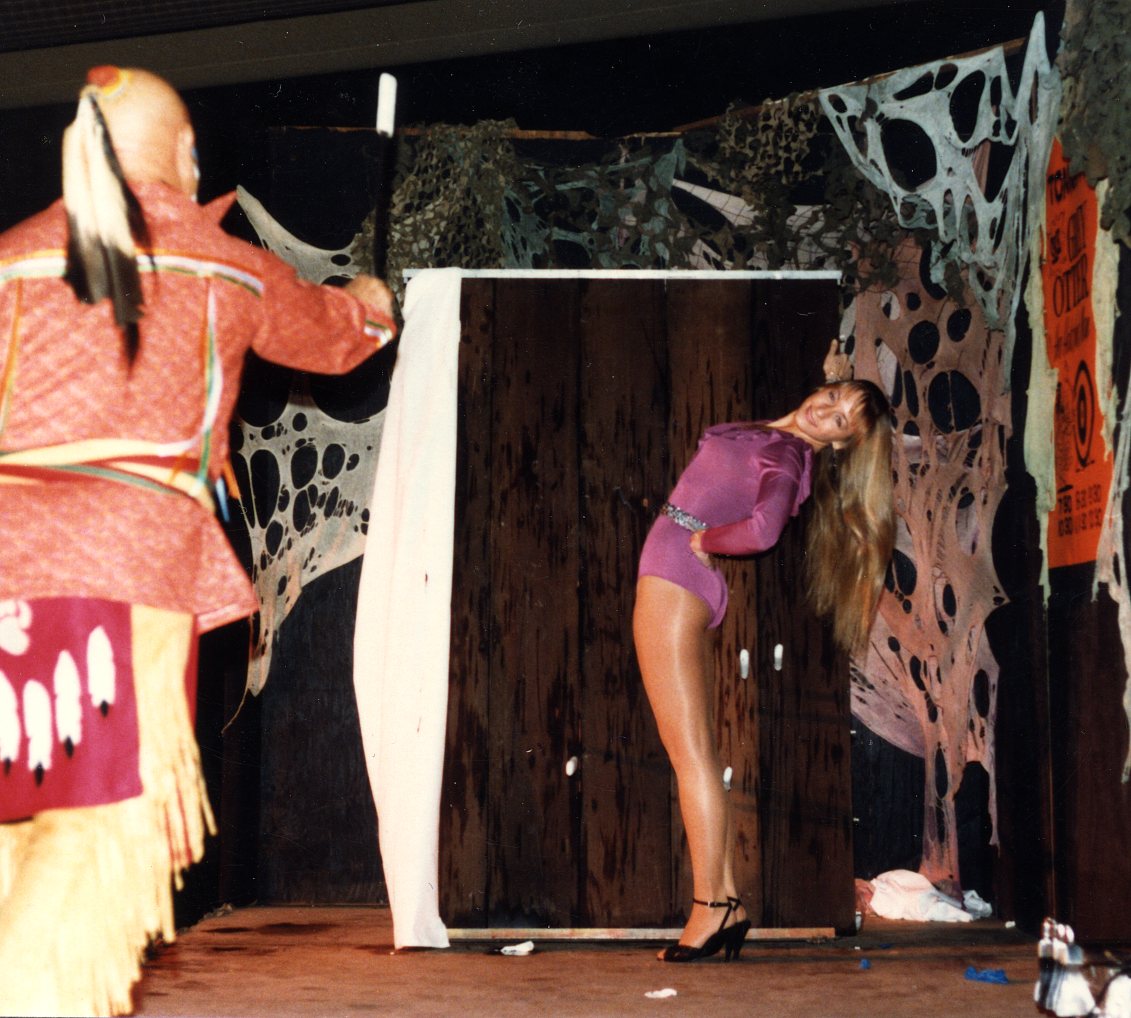 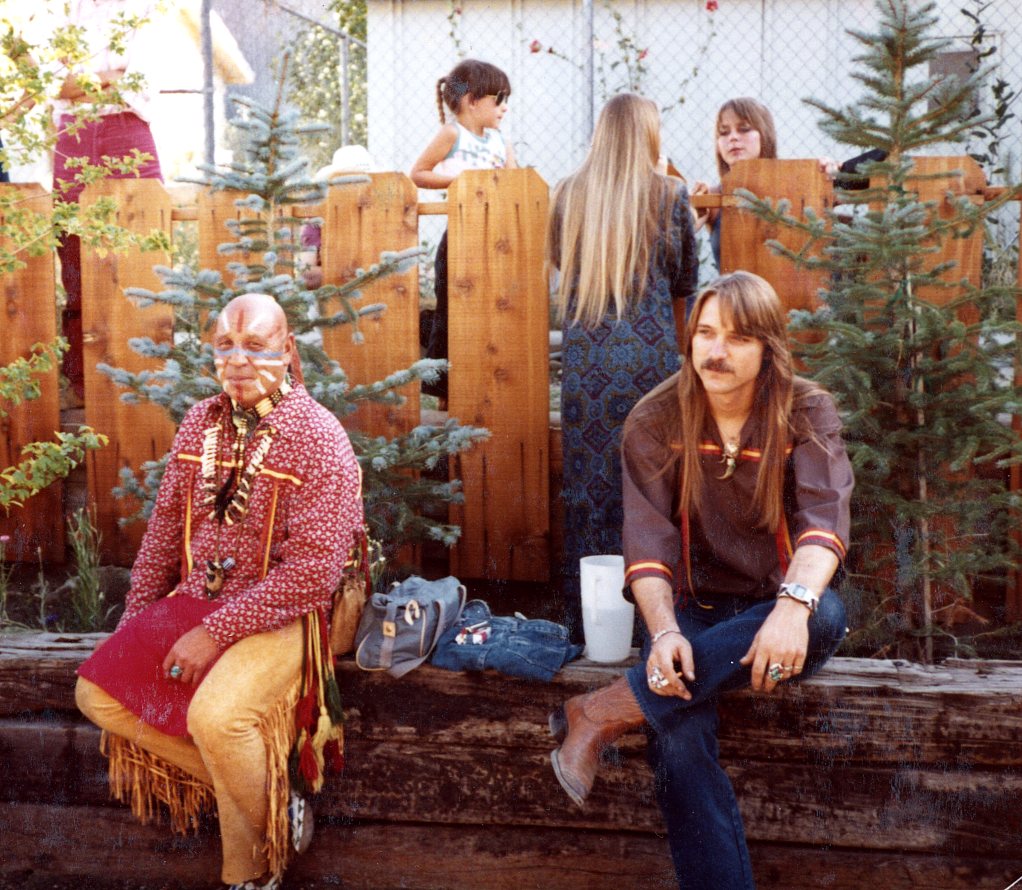 “The man next to Skeeter sitting on the fence is Bob Colony, who was my partner and Skeeter’s assistant with the board set-up.” 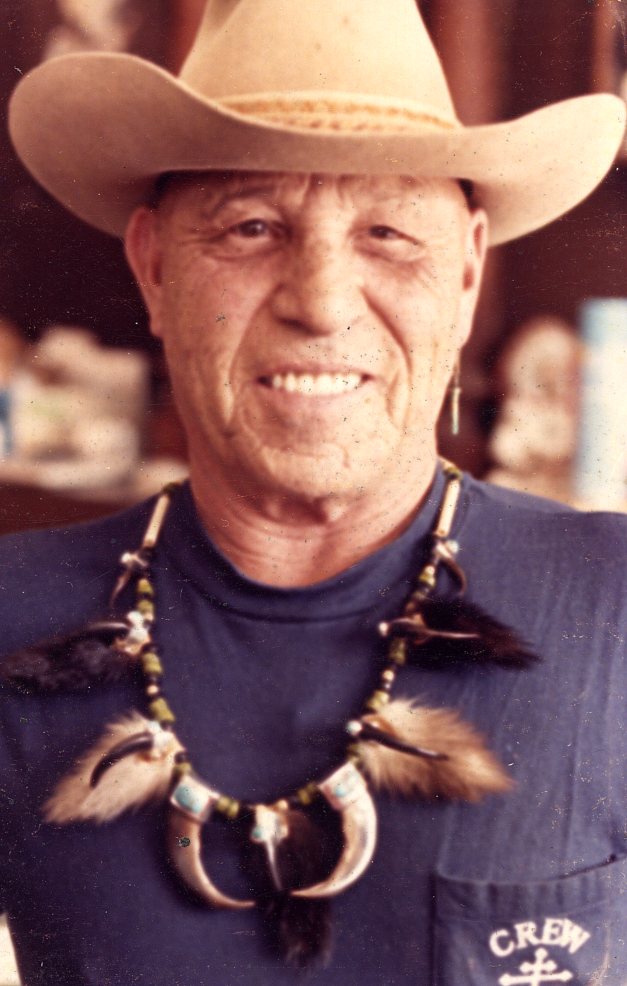 “The one I love is of Skeeter wearing a necklace Bob had made him, of Eagle talons, bear claws, otter pelt and silver and turquoise.” 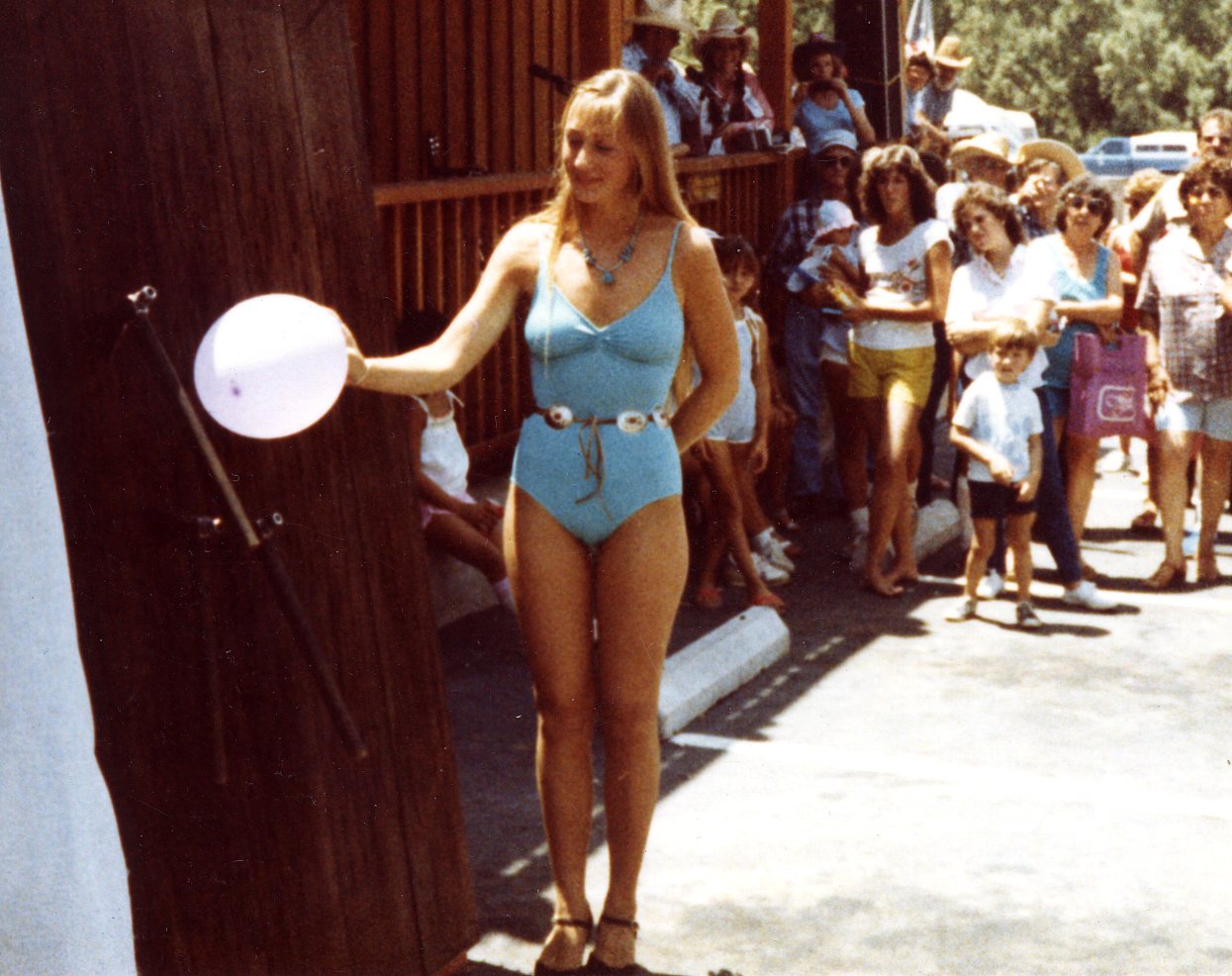 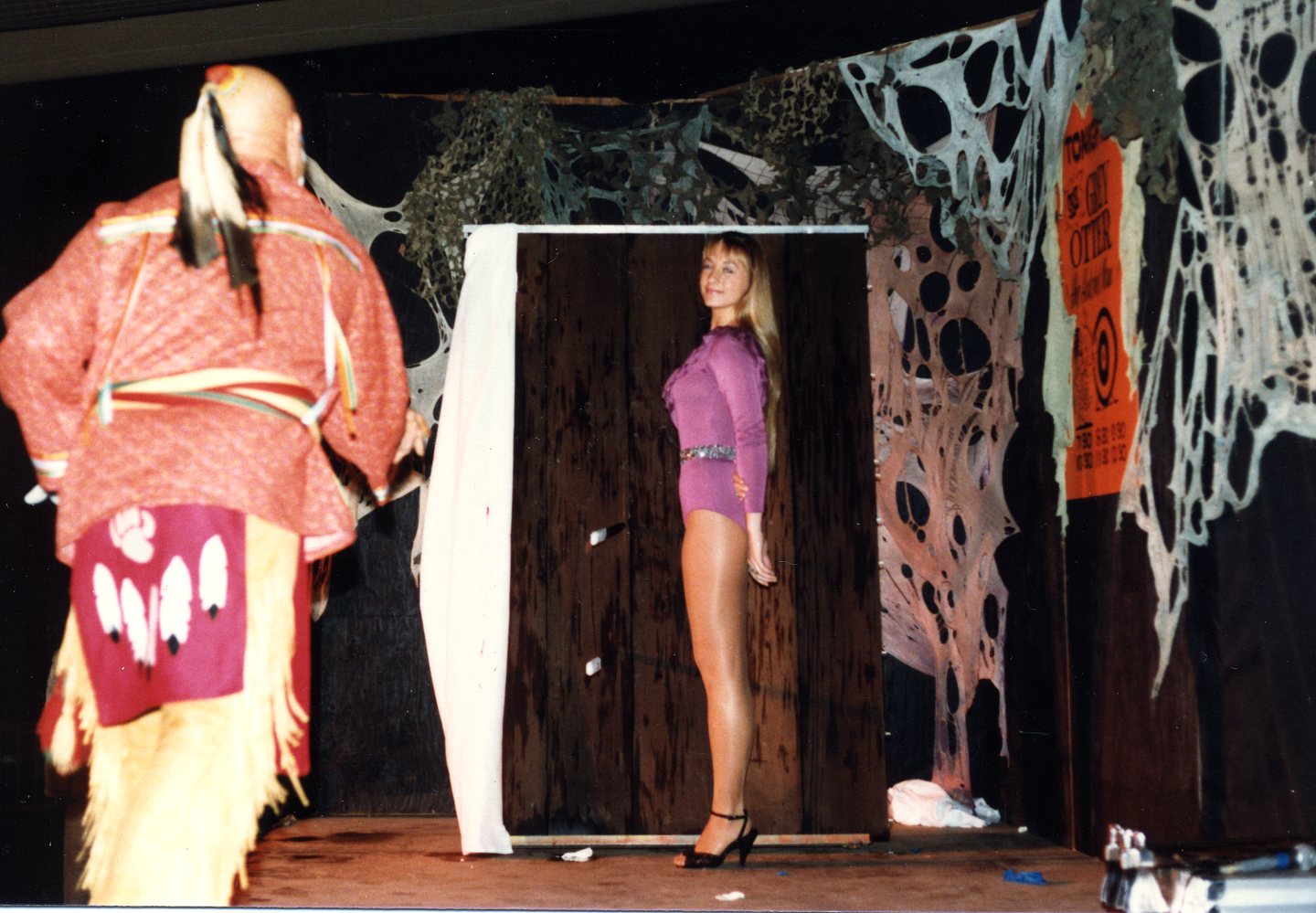 Stephanie had a rare honor, to work with a genuine Frontier Partisan legend. I greatly appreciate her sharing these memories of Skeeter Vaughan and his show — a true legacy of the Wild West.