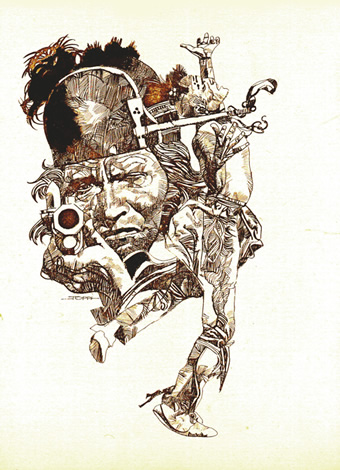 Mi amigo Davide Mana, Italian Frontier Partisan and guide to adventures east of Constantinople and west of Shanghai has led me to a magnificent discovery: the art of Italian illustrator Sergio Toppi.

Sergio Toppi’s work was all over the place: he illustrated the Bible and did an adaptation of the Arabian Nights, he wrote about cowboys and indians, about Greek heroes and samurai, about Hannibal and Tamburlane. His comics were filed as horror, adventure, westerns…
But he was basically a writer of historical adventure, with an eye for detail that was almost the mark of the etnographer, of the anthropologist. There was art, and research, in the service of storytelling.

Of course, I was particularly drawn to the work depicting frontiers — from Los Apaches to the Seminole to the Boers. This is exactly the kind of work I love. Davide is right, the detail is there… but everything also has an edge of the fantastical, even the weird to it. For want of a better description, it’s very Howardian. Which means it slices straight in to the core of my mythical being.

So glad to have discovered this work — and I want more! 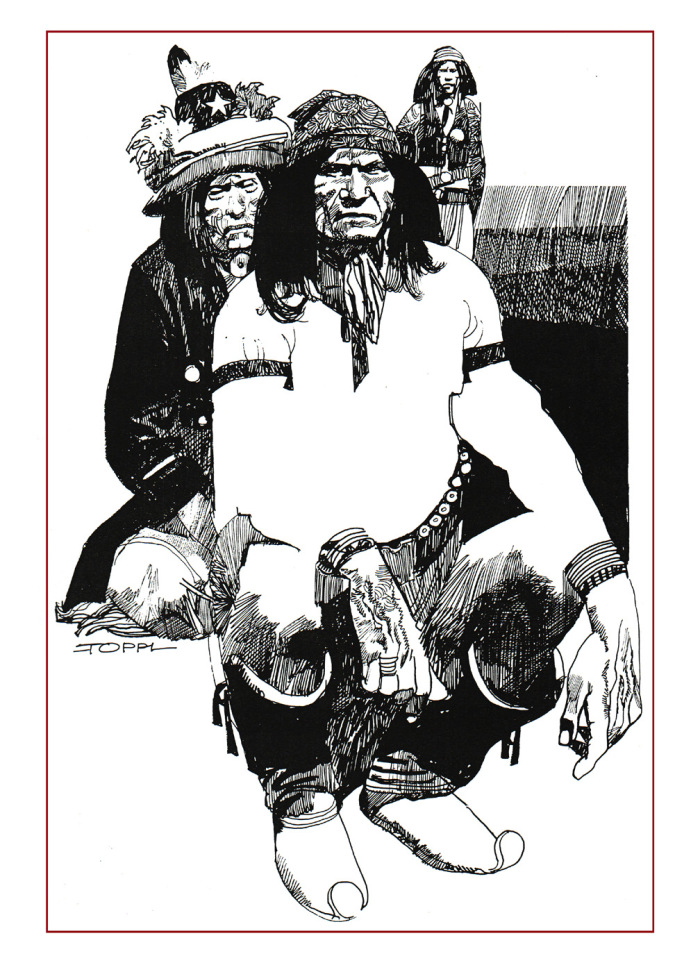 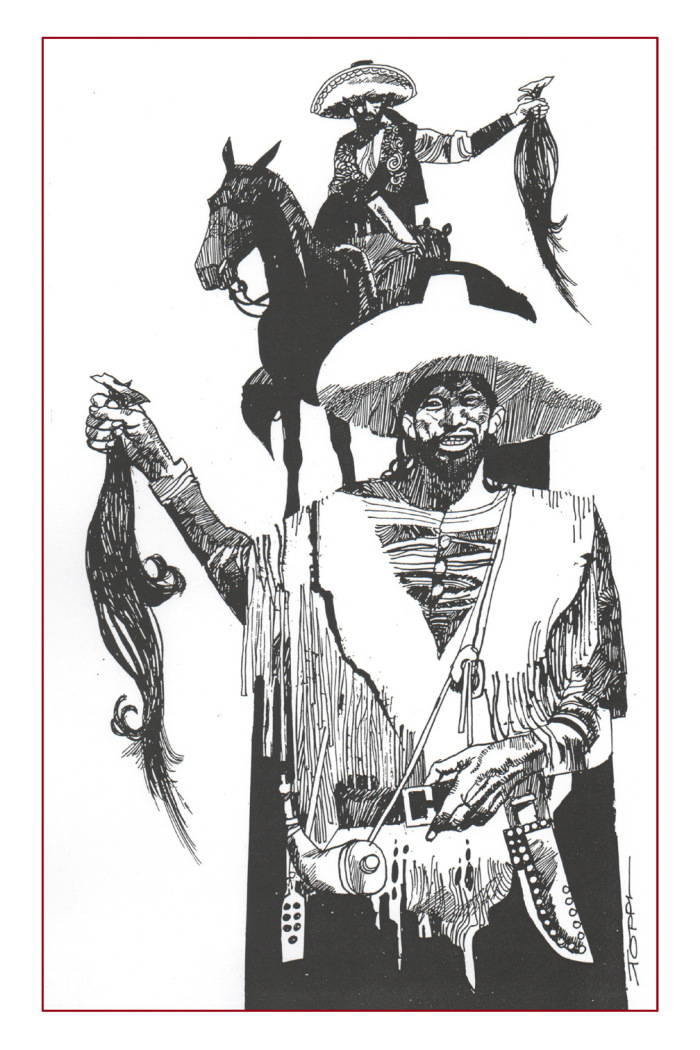 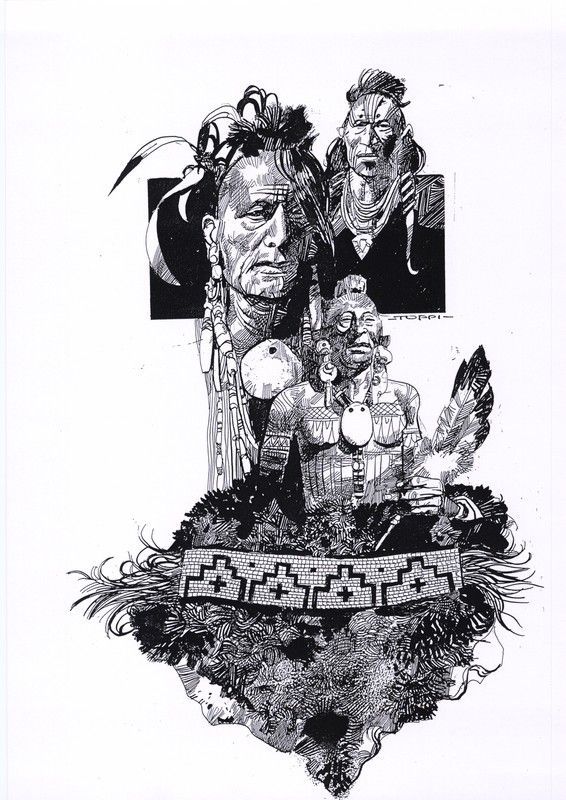 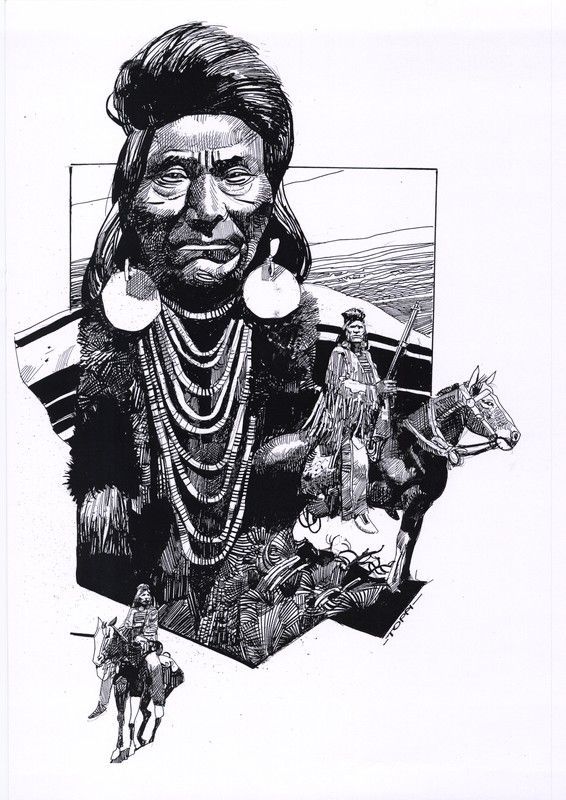 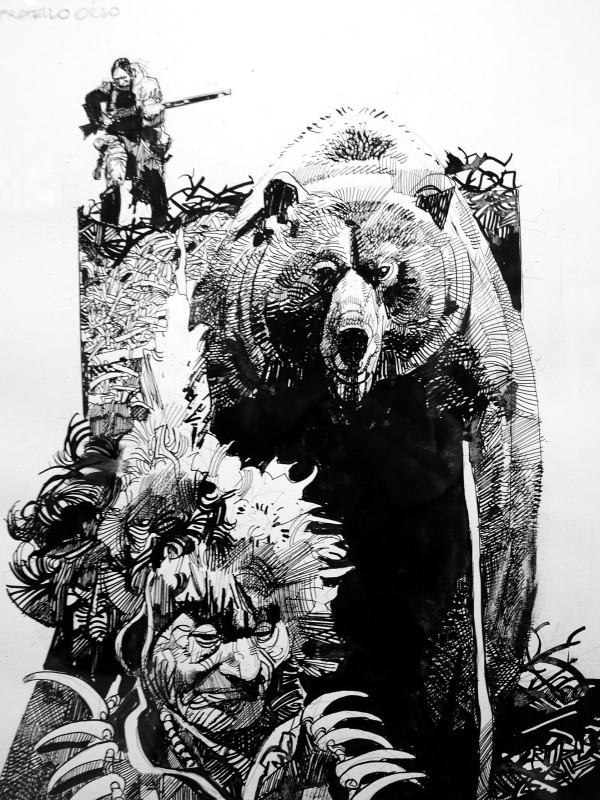 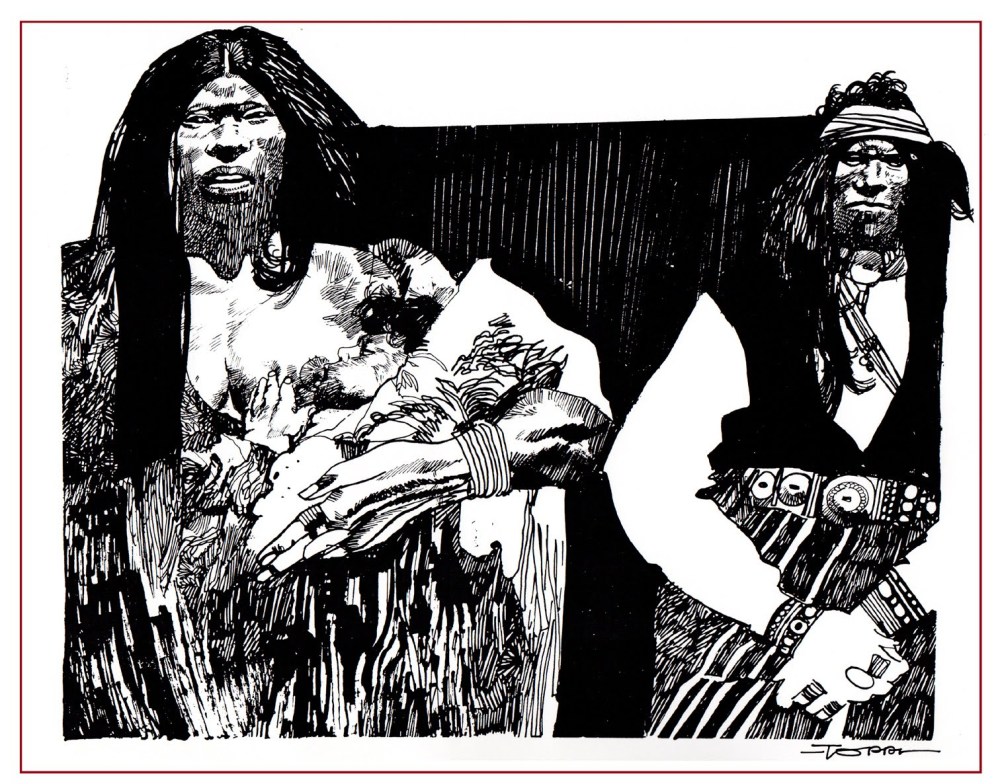 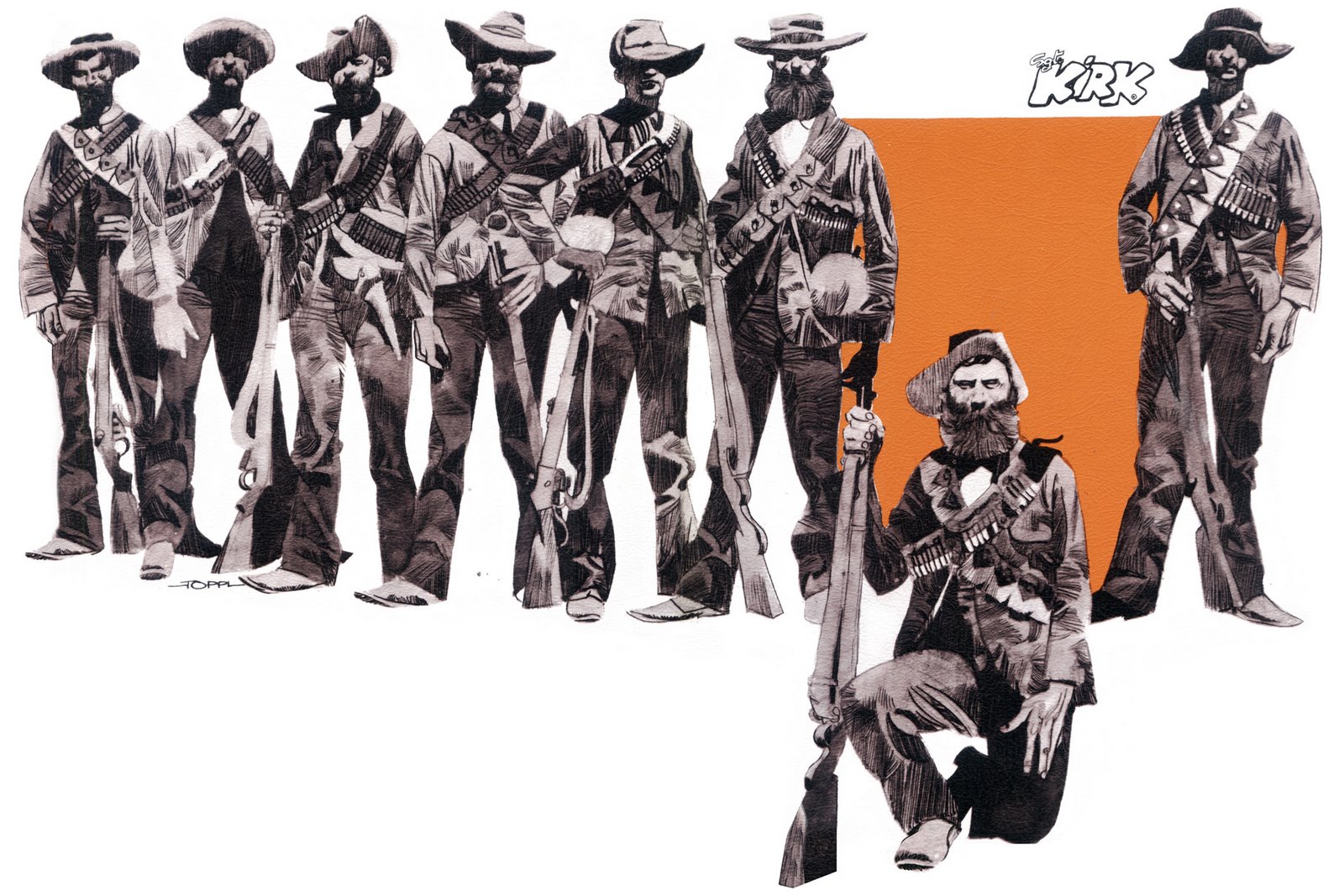 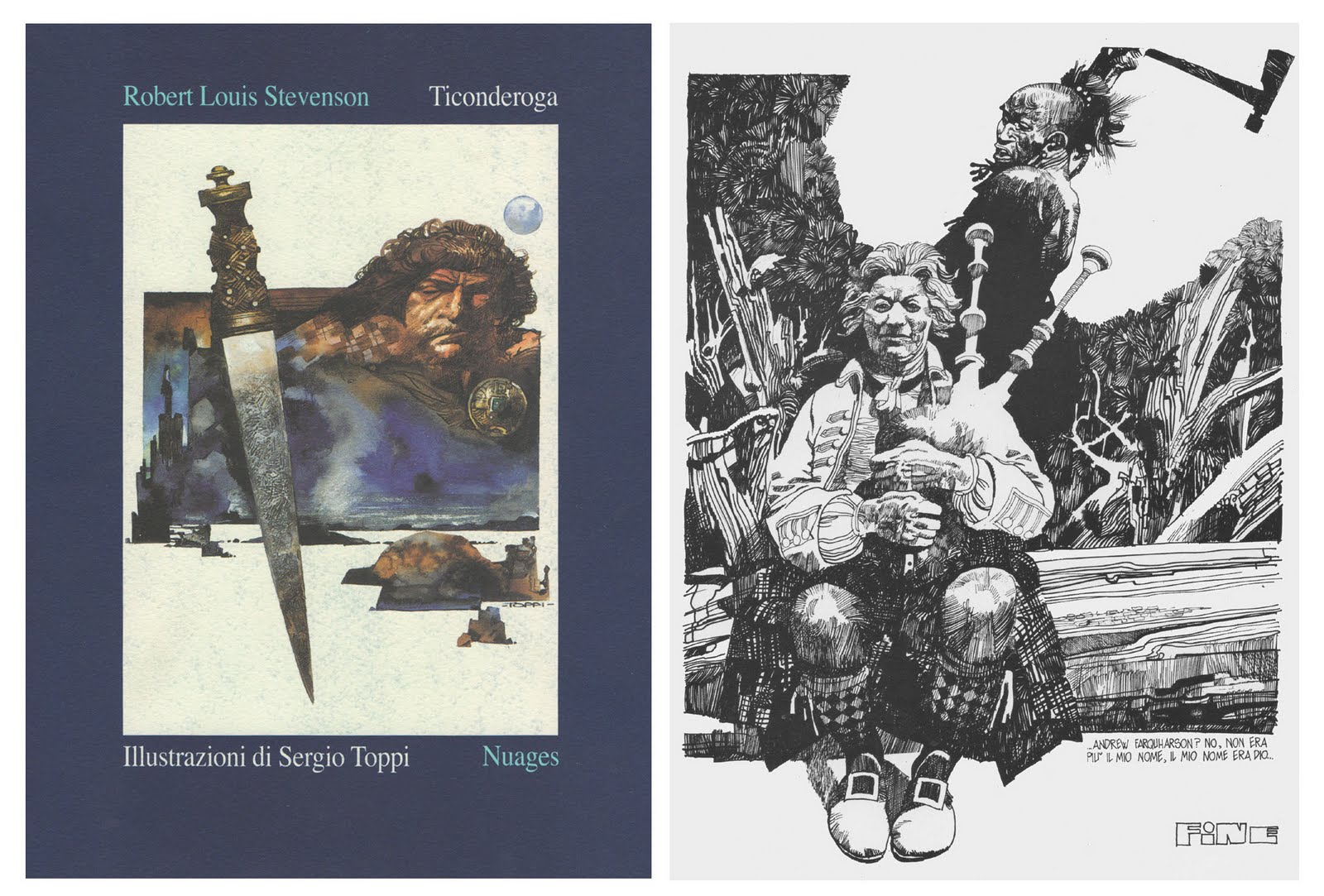 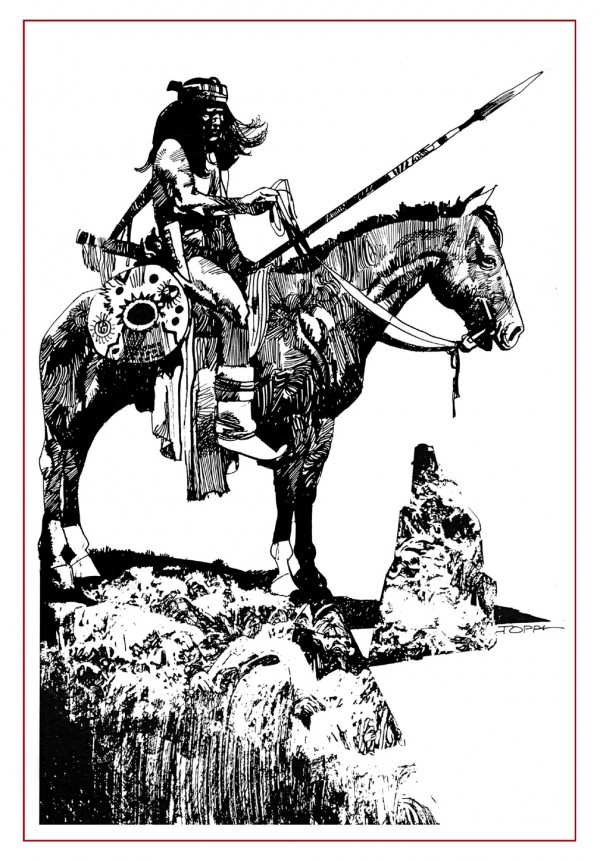 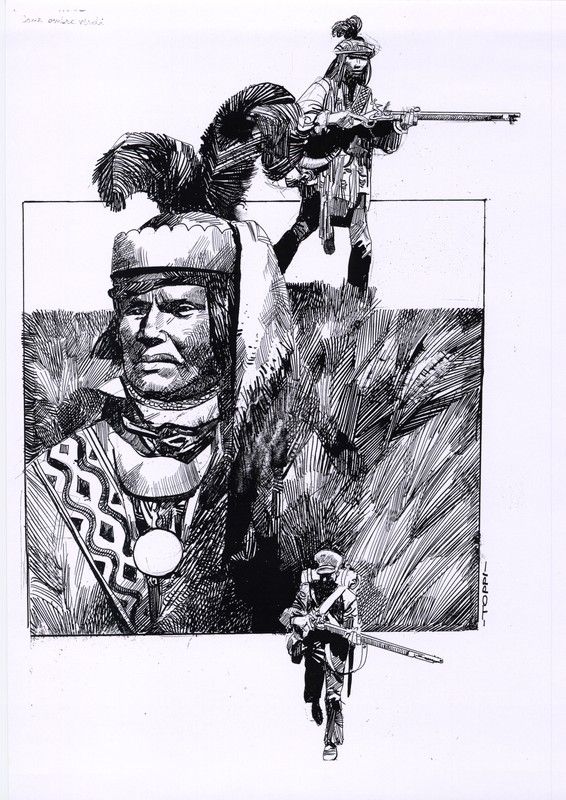 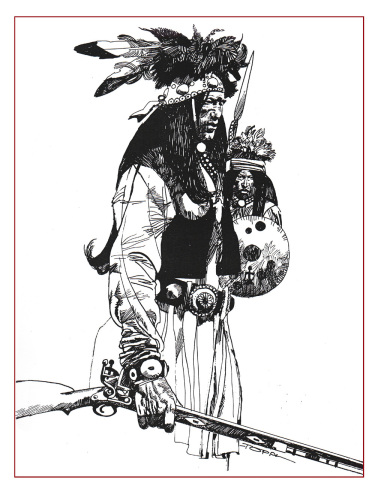 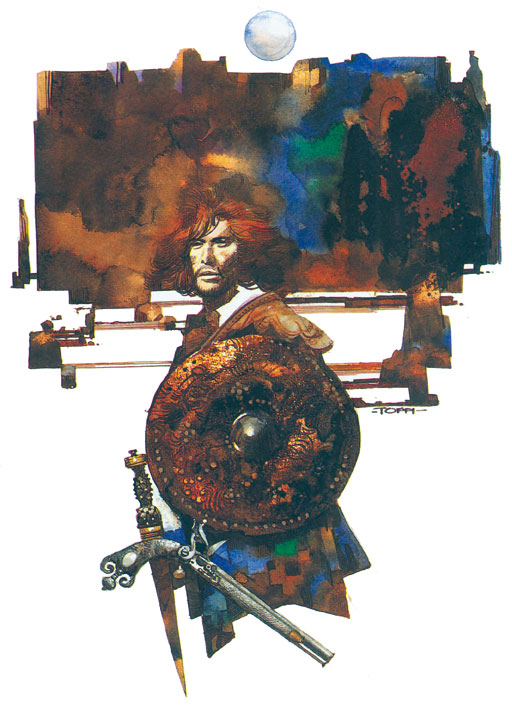