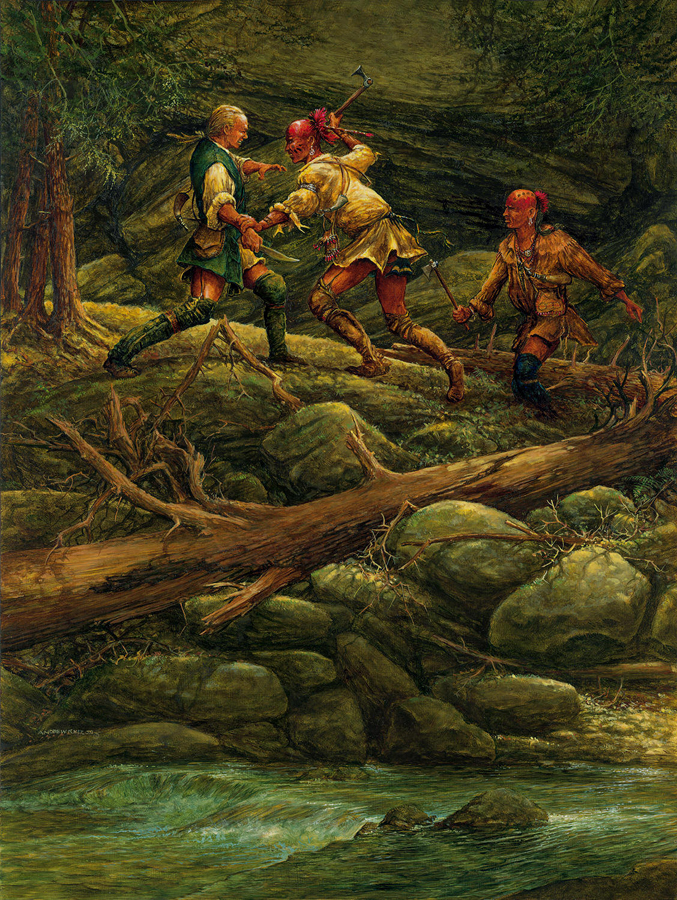 You would be hard-pressed to find a more dramatic episode of desperate hand-to-hand combat on the frontier than the battle between frontiersman Andrew Poe and two Wyandot warriors along the upper Ohio River on September 30, 1781.

Seven Wyandot warriors had raided across the upper Ohio, capturing a carpenter named William Jackson. In 1781, at the climax of the American Revolution, such raids for scalps, captives and booty were almost constant. The Wyandots were at the forefront of this raiding. They were an Iroquoian people, often known as the Huron, who had once been dominant in eastern Canada. By the mid-to-late 18th century, they had suffered defeat at the hands of the Six Nations and the discomfiture of their longtime French allies and had dispersed widely, with many living in northeastern Ohio. Extremely leery of American expansionism, they took up the British cause in the war, and raided extensively into Pennsylvania and northwestern Virginia, and sometimes into Kentucky with their Shawnee allies.

They were extremely effective guerrilla warriors.

Andrew Poe and his brother Adam were enrolled in the militia out of Fort Pitt and formally tasked with patrolling against such raiders. They were men in their 30s, of German descent, and highly respected as scouts and fighters. Andrew was a big, active man of notable physical prowess.

Alerted to the capture of Jackson by the carpenter’s son, the Poe brothers led a posse in pursuit, knowing that the Wyandot raiders would be headed for the Ohio, intending to cross into their sanctuary where few white pursuers dared venture. The posse rode out on horseback, but dismounted for reasons of stealth as they neared the river. But stealth was not a strong suit of this party. The more inexperienced men made too much foot noise, which Poe was afraid would alert the raiders and cause them to tomahawk their captive and make a break for it. After fruitless attempts to quell their noise, Andrew broke off from the party and circled toward the river on his own. He arrived at a 12-foot embankment overlooking the shores of the Ohio, and spied the Wyandot raiding party. Several of them were loading up a raft to float across the big river.

Two men, one of them a huge warrior they would later identify as a Wyandot chieftain named Bigfoot, had alerted to the noise the posse was making on their approach. Poe determined to shoot the big warrior, then leap down on the smaller one and dispatch him with his knife. His plan was thwarted by the most common weapons malfunction of the era — a misfire.

The flintlock rifle that was the preferred longarm of the Frontier Partisan of the day was a wonder of its age, far more accurate than a smoothbore musket (if slower to load) and packing a mankilling wallop. But no matter how high the quality of workmanship, the flintlock was by its nature a finicky beast. Any range of problems could cause a misfire: a clogged touch hole; damp priming powder; a dull flint or one that had been knocked askew. Keeping your firelock in order through a desperate chase through the woods was a tall order.

So Andrew Poe’s rifle misfired. He drew back the hammer for a second try. Again, misfire. The Wyandots below heard the double snap of the lock and shouted “Waugh!” looking up at the big frontiersman looming above them on the embankment. Poe didn’t hesitate — he jumped down on them, grappling both men as they fell to the ground. Poe desperately sought to hold the heaving, wriggling Indians down while simultaneously groping for his sheath knife. When he finally grabbed it and whipped it out of his belt, it went spinning through the air and into the river.

The smaller of the two Wyandots fought free, and grabbed a tomahawk, swinging it at Poe. The frontiersman lashed out with a foot and caught his assailant’s wrist. the tomahawk followed the knife, spinning into the river. The Indian grabbed another ’hawk and took after Poe again, as he struggled to break free of a bear hug Bigfoot had got on him. shielding his head with his arm, Poe took a viscious cut that broke his wrist and severed the tendons that controlled three fingers of his right hand.

An account that Andrew’s son Adam gave to historian Lyman C. Draper in 1849 says that Poe was able to wriggle free, grabbed an Indian’s rifle off the ground and shot the smaller Indian. Bigfoot and Andrew Poe grappled again, both falling into the river to be swept into deeper waters. Poe held Bigfoot down and thought he had drowned him. When he let up, Bigfoot came roaring out of the water and scrambled for shore. Weakened, Poe could not pursue him. Bigfoot went lunged for a rifle and raced to reload it, but Adam Poe, who had run upstream with an empty at his brother’s cries, was faster on his own reload and blew a hole through Bigfoot’s chest. The warrior fell back into the water and his dead body was swept away on the current.

By this time, the posse had dispatched all the other Indians save one who escaped with a badly wounded hand. Mistaking Poe, still in the river, for an Indian, three men fired on him, one of them drilling him through the right trapezius muscle, the ball skittering across his back ribs. The captive, Jackson, had been cut by a tomahawk when the Wyandot raiders tried to dispatch him and flee, and another posseman had been shot through the lungs. No time for scalping the enemy, the frontiersmen rounded up their mounts, slung the mortally wounded posseman over a saddle and got the hell out of there. The lone Wyandot survivor would return to recover the body of his comrades and raft them over the Ohio for burial.

Andrew Poe never fully recovered the use of his hand, but he lived a long and useful life, dying at age 83 in 1823 in western Pennsylvania. The only battle trophy taken from his epic struggle was the tomahawk that ruined his hand — an elegant implement with a pipe bowl and a 7-1/4-inch head. It was passed down through his family as an heirloom, a reminder of one of the most epic episodes of personal combat in the annals of the Frontier Partisans. 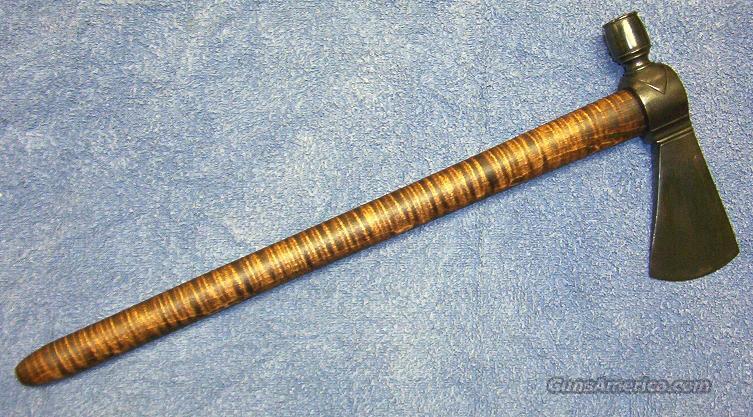 A pipe tomahawk of the type that grievously wounded Andrew Poe, laming his hand for life.