Things got off to a fantastic start yesterday on the “Warriors of the Wild Lands: True Tales of the Frontier Partisans Kickstarter. Hit 43% of goal on the first day. Waugh! Gotta keep that momentum going. Spread the word, and if you haven’t yet, jump in — there be some fine tales to be told. Thanks to everybody who kicked in or plans to kick in. I’m eager to get this thang out into the world! Here’s the link: https://www.kickstarter.com/projects/809441675/warriors-of-the-wildlands-frontier-partisans-book. 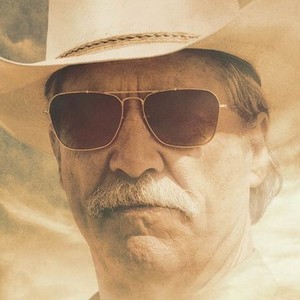 My anticipation of the Jeff Bridges contemporary Texas Ranger movie “Hell or High Water” just ratcheted up a notch.

Directed by David Mackenzie, “Hell or High Water” tells the story of Toby (Pine), a divorced father who plots a series of bank heists with his ex-con brother, Tanner (Ben Foster), in order to keep the family’s house from foreclosure. Bridges, meanwhile, plays Marcus, a Texas Ranger trying to stop the brothers in the weeks before his retirement.

Bridges based his portrayal in part on the late, great Texas Ranger Joaquin Jackson.

I really love Cave & Ellis’ spare, tense, evocative film scores that just seem to fit dark Westerns set in empty, foreboding lands.  They did “The Proposition” and “The Assassination of Jesse James.”

The “Hell or High Water” soundtrack will also include songs by Waylon Jennings, Townes Van Zandt and Ray Wylie Hubbard. Now, that is music to an outlaw’s ears.

Check out the RS article for sound files of “Comancerhia” and “Mama’s Room.”