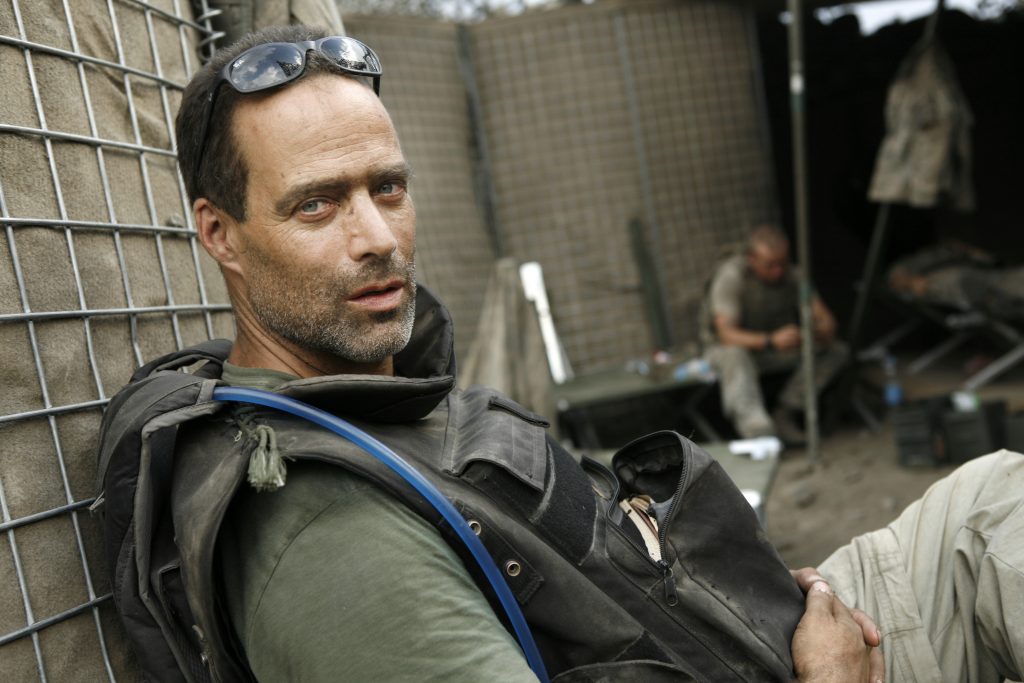 Sebastian Junger’s treatise “Tribe” is must-read material for the multitudes of folks who are recognizing that something in our “civilization” is fundamentally broken; that, to borrow Mountain Guerrilla “John Mosby’s” phrase, “SHIT JUST AIN’T RIGHT.”

I’ll admit that I felt a little initial (and irrational) disappointment in reading this slim volume, because there wasn’t anything especially revelatory to be found. I was looking for some rock-the-world insights, but I’ve already been thinking along these lines for a while and, like most of you, I’m already “there.”

Set that aside. Junger is articulating a message for his broad readership, a mainstream audience, most of whom may not be “there” — yet. They will be. And that’s nothing but good.

“Tribe” starts out on smack in the middle of Frontier Partisans territory, exploring the phenomenon of captivity in early America. Junger lines out the singular fact that a pretty substantial number of white folks ran off to join the Indians, and captives of the tribes — even those who suffered trauma in their taking — very often did not want to be repatriated to their white relations. The opposite was almost never true: Indians who were captured or otherwise brought into white society rejected it and either sought to return to their tribal brethren, or simply pined away.

Clearly there was something in the tribal way of life that was congenial to the soul. We have lost that something, Junger argues, to our great cost.

Social anthropology demonstrates that people react to crisis well — pulling together and breaking down or ignoring social and economic barriers. Junger notes, with myriad examples, that people often feel better in dire circumstances because they feel more connected, more purposeful, more useful. It is the lack of connectedness, lack of purpose, that creates the toxicity of modern or post-modern life.

This book is about why tribal sentiment is such a rare and precious thing in modern society, and how the lack of it has affected us all. It’s about what we can learn from tribal societies about loyalty and belonging and the eternal human quest for meaning. It’s about why—for many people—war feels better than peace and hardship can turn out to be a great blessing and disasters are sometimes remembered more fondly than weddings or tropical vacations. Humans don’t mind duress, in fact they thrive on it. What they mind is not feeling necessary.

Junger gave an excellent interview to the online magazine Task & Purpose that encapsulates the thesis and some of the supporting argument in “Tribe”:

During the Blitz in London, admissions to psychiatric wards went down. Imagine: London lost 30,000 people in the bombings. People were less crazy. You’d think the psychiatric casualty rate would go up. It went down.

A substantial portion of “Tribes” addresses the failure to reintegrate combat veterans into society, which, he believes is a key component of post-traumatic stress disorder.  In a very real sense, PTSD is a phenomenon of disconnection upon reentry. You might think that Junger is calling for special treatment of the combat veteran, but he actually believes there’s too much of that, and that over-valorization of the veteran is actually harmful. To encapsulate the argument, it comes down, again, to connectedness. In Junger’s view, modern man is disconnected not only from the warriors who fight in his stead, but from every other fundamental aspect of life.

….there’s a civilian-everything divide. The civilian population is completely cut off from all the means of production that keep it alive…. That’s what happens in a modern society. People are disconnected from the things they depend on. It’s the most outrageous disconnect. I was totally against the Iraq War, and not because I thought it was about oil. But when you have liberals — and I’m a Democratic — but when you have liberals putting “No blood for oil” on a fucking car that runs on oil, the lack of understanding of the connectedness of things is just mind-boggling. So, the divide that we talk about, yeah, it’s between the civilians and the military; it’s also between civilians and everything. I feel like the real conversation is, how do we make modern society more ethically, philosophically, intellectually integrated so that we’re all truly appreciative of the whole damn thing.

There’s the nub of it: “How do we make modern society more ethically, philosophically, intellectually integrated so that we’re all truly appreciative of the whole damn thing?”

“Tribes does more to identify the problem and ask that question than it does to propose “answers.” That’s OK. The question itself is important; indeed, it is potentially revolutionary, because it inevitably leads to another question: Is the Empire capable of becoming more ethically, philosophically, intellectually integrated? And if not, what do those of us who seek a more ethically, philosophically, intellectually integrated way of life do? Answering that fundamental question is up to us.

“Mosby” has his answer, and I have come to believe it:

…surviving the Decline of Empire is not about “saving” the empire, nor is it about “restoring” the empire. It’s about ensuring the survival of those cultural values that made the empire worthwhile in the first place, and the best people to surround yourself with, in order to ensure that, is by looking at the people who you already know share your values. Who is that? Your family, friends, and neighbors.