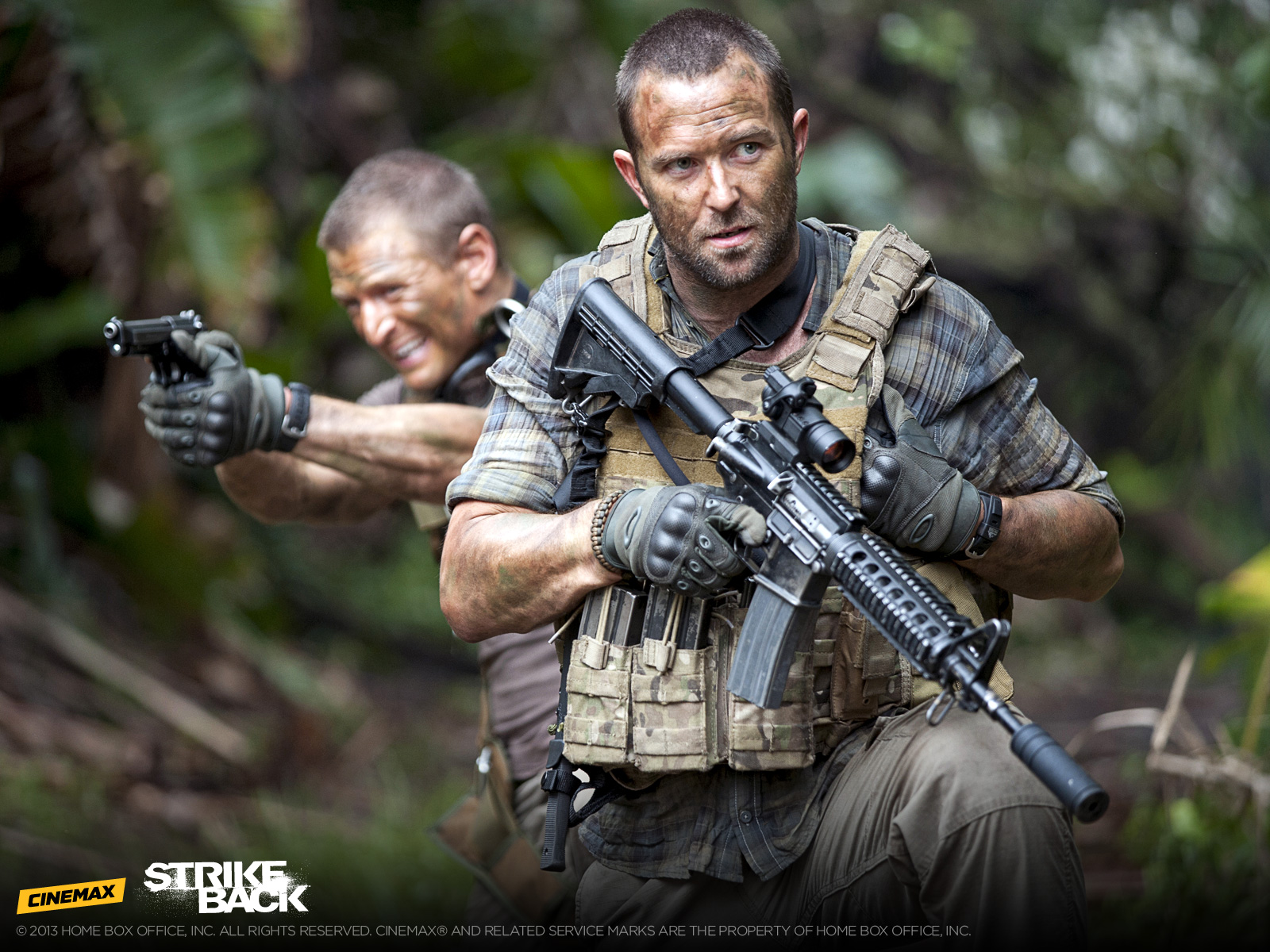 Runnin’ and gunnin’ looks so much easier than it really is…

“If you can’t put a bullet on target on a moving target while you, yourself are moving, for all tactical purposes you can’t shoot.”

Been doing some tactical training with my friend Craig Rullman. He’s a retired Santa Barbara PD SWAT Team Leader and he not only knows his stuff and has excellent gear — he’s a good teacher. So, I’ve been painfully learning the truth of Sgt. Miller’s statement.

I’ve been a shooter for decades now — a recreational shooter. If I may say so, a good recreational shooter. And, for tactical purposes, I’m a tyro. I’ve learned that “shooting” per se is way down the list of applied skills that must be brought to bear to put rounds on a target under “tactical” conditions. Think, move, shoot, Craig says. You have to think tactically. Where’s the threat — how can you neutralize the threat — what do you do if… You have to move — either to cover or to engage a target. And you have to run your gun efficiently and effectively — reloads, dealing with malfunctions, simply getting your rifle or your handgun into action (yes, while moving). Only then does shooting skill — sight picture, trigger control, etc. — actually come into play.

In other words, the part that I’m familiar with and pretty good at is not the primary skill set; not by a long shot (sorry).

It’s humbling — and an absolute blast. I’m learning a lot, and quickly. Here’s what:

My operating philosophy is “do what you can with what you’ve got, where you are.” That is a reminder not to wait till you’ve got the perfect set-up and circumstances to take action. Do it. It’s a great outlook — it’s served me well. But there’s a downside. It is also an excuse to “settle.”

My handgun sucks. Actually, it’s a great piece — S&W 686; fine revolver. The .357 round hits like a loaded gravel truck. And it is no gun for a 21st Century gunfight. We ran dry drills (empty guns) in and around vehicles. Say the threat is in front of the vehicle with a gun leveled at you: Shoot back at the threat, through the windshield if you have to, get out of the cab — the box of death — and move to the rear of the vehicle. We did this with both hands available and assuming one or the other is disabled.

Obviously, you’re doing a lot more than shooting from a seated position. You’ve got to get out of the seatbelt, access your handgun and bring it to bear, open the door, get out without tripping yourself or hanging up…

The big revolver hung up on the seatbelt more than once. And, by the time I had got myself out of the cab and moved to the back of the vehicle, engaging the threat the whole while, I had “expended” my six shots and was completely vulnerable. In 2016, there’s no excuse for that. A high-capacity 9 mm has that venerable old wheelgun beat six ways to Sunday. It holds many more rounds, first of all, and an average magazine swap will beat the swiftest speedload every time.

I “knew” all of this, of course. But I didn’t know it. Now I do. What I thought was “adequate” — what I’ve got — ain’t adequate. And, anyway, “adequate” is a shitty mindset for something you might — god forbid — be staking your life or the lives of your loved ones on.

I need to get me a slick-sided, striker-fired, high capacity 9 mm with a good concealed holster and a couple of magazines, and train the hell out of it.

This tactical stuff is a martial art. My Kenpo and Krav Maga studies have much more to offer me in gaining competence than all the shooting I’ve ever done. Stance, balance, effective movement, situational awareness, aggressiveness. Multiple times in our recent drills, something went wrong and I stopped. Worst possible move. You’re in a gunfight! Keep fighting. This is something that has become natural in my martial arts practice. We learned early on not to stop fighting just because something we attempted to apply didn’t work. Duh. In our shooting drills, I repeatedly made the beginner’s mistake of focusing exclusively on doing something right — quickly swapping out AR-15 magazines while continuing to move (and just stopping when I blew it) — instead of remembering what I was trying to accomplish: Eliminate the threat. Rifle jams or runs empty? Go to the handgun. If you stop in your training, you’re training yourself to stop. Bad. I know this, and I did it. Several times.

It’s been a while since I’ve been so pissed off at myself — but it’s a really healthy thing to put yourself in that position, especially as a middle aged dude. So easy to get complacent and only do things you’re already good at. Learning is growing. Like I said, humbling. Not embarrassing. I’ve long ago learned that I’m way better off getting my ego out of the way.

Be Real About “Historicism”

I tend to be drawn to the arms resonant of the era that is my “wheelhouse” — which means walnut-and-blued steel bolt-action rifles with a Mauser action (my beloved CZs); lever-action rifles; revolvers or 1911s; SXS shotguns… The notion that one can get by in 2016 with arms similar to what, say, Frederick Russell Burnham or Pancho Villa carried has some charm, but it’s ultimately a quaint conceit. I do not find a Glock or an AR-15 anywhere near as aesthetically pleasing as a full-stocked CZ and a sweet wheel gun. But that ain’t the point. The point is to have the most effective tools for the job and know how to use them.