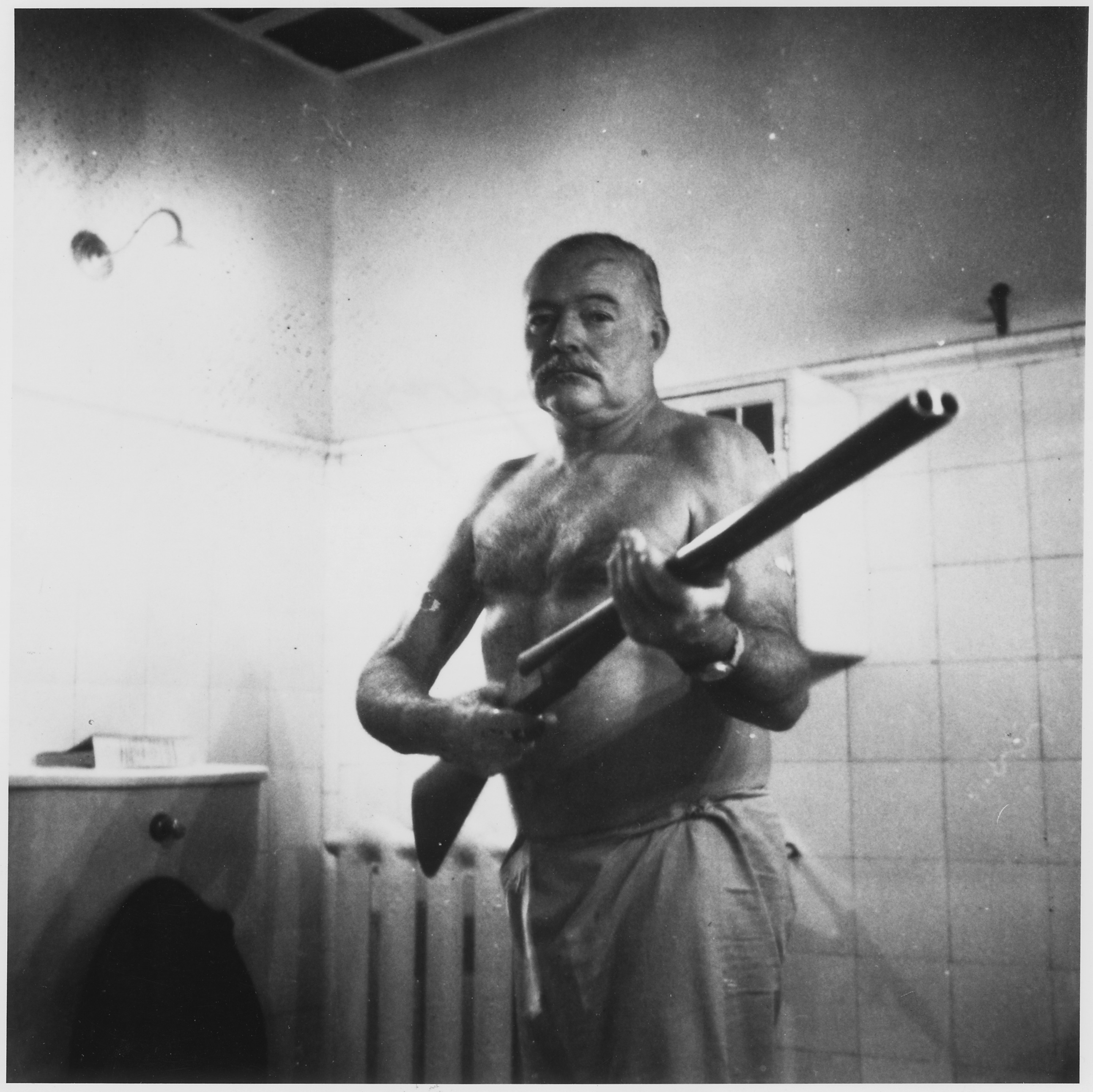 Ernest Hemingway at the Finca Vigia in Cuba.

Amigo and Hemingway scholar Craig McDonald kicked this one up — the first American film shot in Cuba in more than 50 years. Looks good — I’ll definitely be in the seat for it.

The premise that the FBI was out to get Papa may seem far-fetched, especially since Hemingway in his later years was paranoid. But, as they say, just because you’re paranoid don’t mean they ain’t out to get ya. The FBI of the era was keeping tabs on all sorts of cultural figures that J. Edgar Hoover considered subversive or potentially subversive. Hemingway was one of ’em. 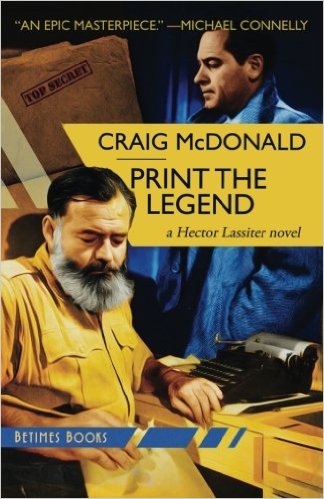 It was the shot heard ’round the world: On July 2, 1961, Ernest Hemingway died from a shotgun blast to the head.

It’s 1965: two men have come to Idaho to confront the widow Hemingway—men who have doubts about the true circumstances of Hemingway’s death. One is crime novelist Hector Lassiter, the oldest and best of Hem’s friends…the last man standing of the Lost Generation. Hector has heard intimations of some surviving Hemingway manuscripts: a “lost” chapter of A Moveable Feast and a full-length manuscript written by a deluded Hemingway that Hector fears might compromise or harm his own reputation. What Hector finds are pieces of his own, long-ago stolen writings, now in danger of being foisted upon an unsuspecting public as Ernest Hemingway’s work.

The other man is scholar Richard Paulson, a man with a dark agenda who sets out to prove that Mary Hemingway murdered Papa. Paulson and his young, pregnant wife Hannah, herself an aspiring writer, travel to Idaho to interview Mrs. Hemingway who believes Paulson has come to write her hagiography.

As Hector digs into the mystery of his and Hemingway’s lost writings, he uncovers an audacious, decades-long conspiracy tied to J. Edgar Hoover’s FBI.