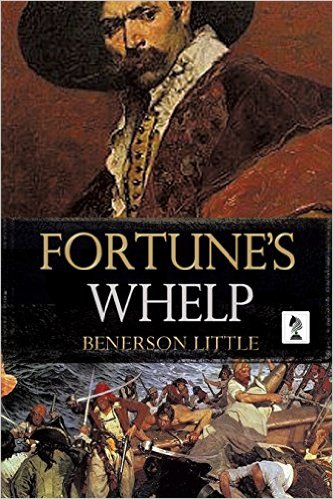 After venturing into Siberia for a spell, then hiding out in the holt (forest) with Buccmaster of Holland, I have set off onto yet another frontier — perhaps the widest and wildest frontier of them all.

In the 17th and early 18th centuries, the maritime frontier of North and Central America and across the sea to Africa was the most important frontier in the world. Battle for control of trade routes and the lucrative produce of sugar islands and the Spanish gold and silver mines of Mexico and South America drove the great power rivalry of the era and led directly to the rise of Great Britain as the dominant naval power of the world.

Perhaps the best guide to this frontier is one Benerson Little: Navy SEAL; adept swordsman; historian. Little wrote several seminal non-fiction works on piracy, the two most important being “The Sea Rover’s Practice,” and “The Buccaneer’s Realm.” The first is an examination of the tactics and techniques of the sweet trade, with the perspective of a man who has expertise in modern naval special operations warfare. Outstanding. I was particularly taken with his focus on the primary weapon of the buccaneer/privateer/pirate. No, it was not the cutlass — it was the long musket.

The sea rovers were early skilled marksmen, as frontier partisans must be. This is in part because some of them had backgrounds as boucaniers — hunters of wild cattle and pigs — on Hispaniola. And the buccaneer musket was an effective weapon in small-boat attacks and raids ashore. 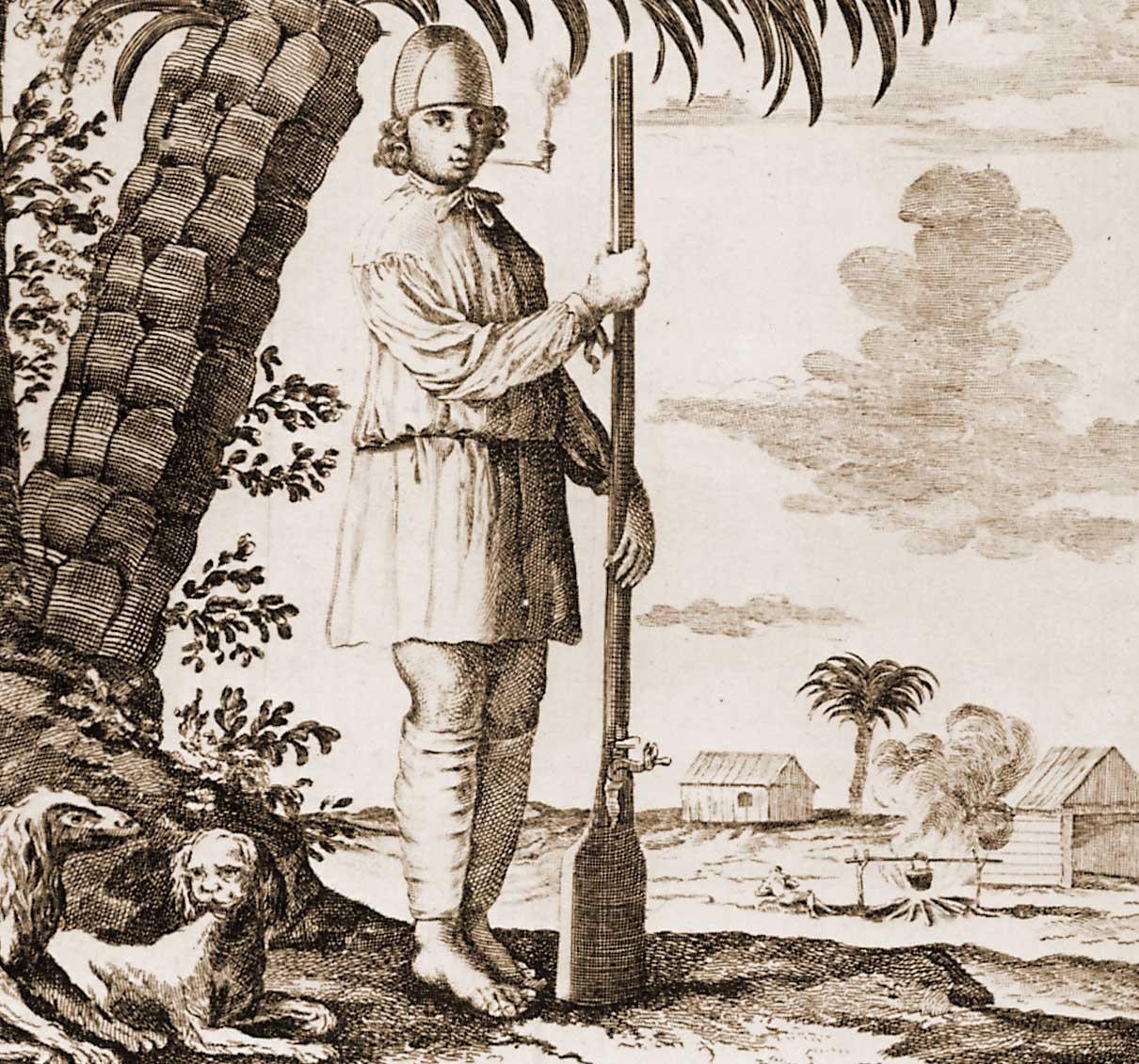 A boucanier with his long, heavy-butted musket. 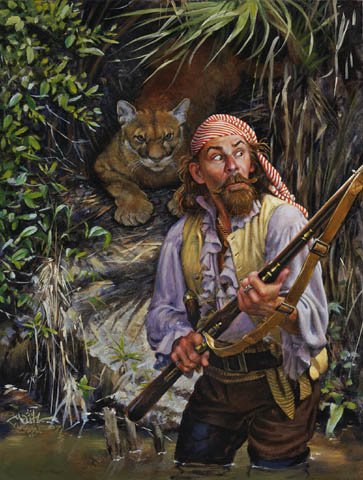 “Foraging for Dinner,” by Don Maitz. The pirates of the Main were often hunters.

“The Buccaneer’s Realm” is a broader cultural study of the plunderers of the great arc of the Spanish Main. It is as fine a study of a frontier culture as “The Hunters of Kentucky” or “Give Your Heart To The Hawks.”

Now Benerson Little has turned his hand to fiction. I just downloaded “Fortune’s Whelp,” which is promised as the first of a series. I shall be deeply occupied this evening…

Set in the 17th century during the heyday of privateering and the decline of buccaneering, Fortune’s Whelp is a brash, swords-out sea-going adventure. Scotsman Edward MacNaughton, a former privateer captain, twice accused and acquitted of piracy and currently seeking a commission, is ensnared in the intrigue associated with the attempt to assassinate King William III in 1696. Who plots to kill the king, who will rise in rebellion—and which of three women in his life, the dangerous smuggler, the wealthy widow with a dark past, or the former lover seeking independence — might kill to further political ends? Variously wooing and defying Fortune, Captain MacNaughton approaches life in the same way he wields a sword or commands a fighting ship: with the heart of a lion and the craft of a fox.

I exchanged e-mails with Mr. Little and he tells us this:

Fortune’s Whelp will have at least two or three sequels, and assuming there’s still interest, I’ll go back to circa 1680 and recount his earlier
adventures.

I see in Little a simpatico soul. We must confront honestly the sordid brutality and nastiness of the world we explore — no romantic gloss. Yet still we love it. Be it scalphunters in the borderlands or pyrates on the Main… they be bad, but they be fascinating. His work is an inspiration for my own effort to make accurate, unflinching myth-busting, non-fiction as readable and exciting as any legend. 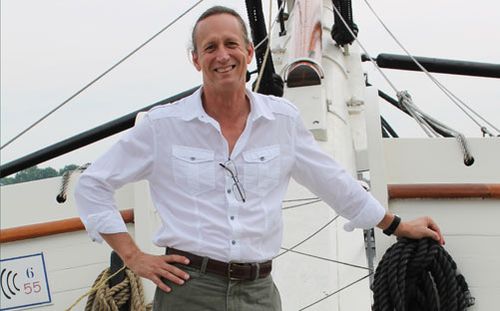 Little also serves as a historical consultant for STARZ “Black Sails,” which really hit its stride in its second season. (And it has an outstanding soundtrack; see below). The story is a purported sequel to “Treasure Island,” but it ain’t for kids. No. No. No. It be a treasure trove of sex and violence a la “Game of Thrones.” (But better. Seriously.) I binge watched Season 2 a couple of months ago and loved it.

So, me hearties! I ship out tonight on dark waters. I shall return bearing tales… 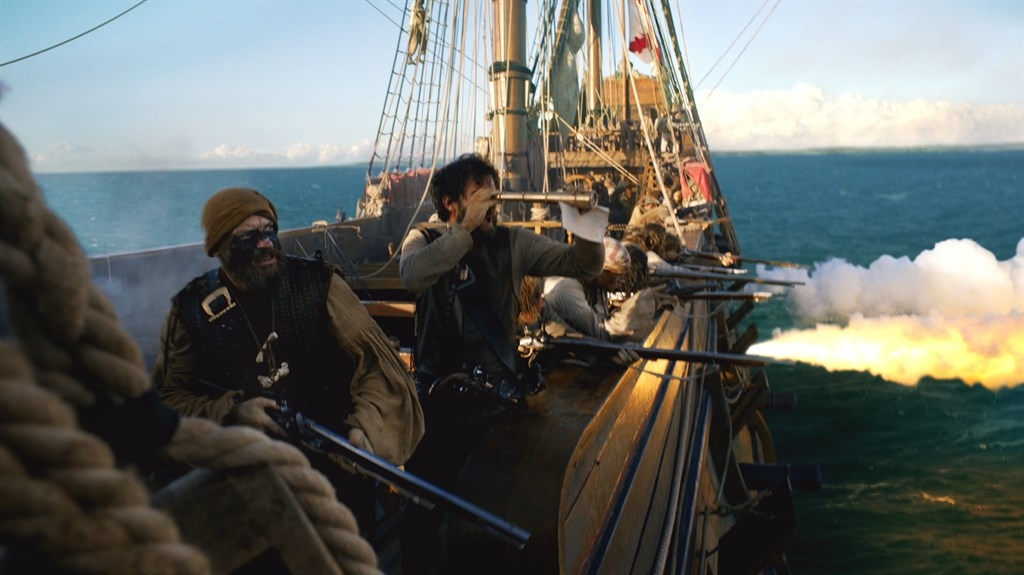 Benerson Little is a consultant on Black Sails. This battle scene accurately portrays the heavy use of longarms. 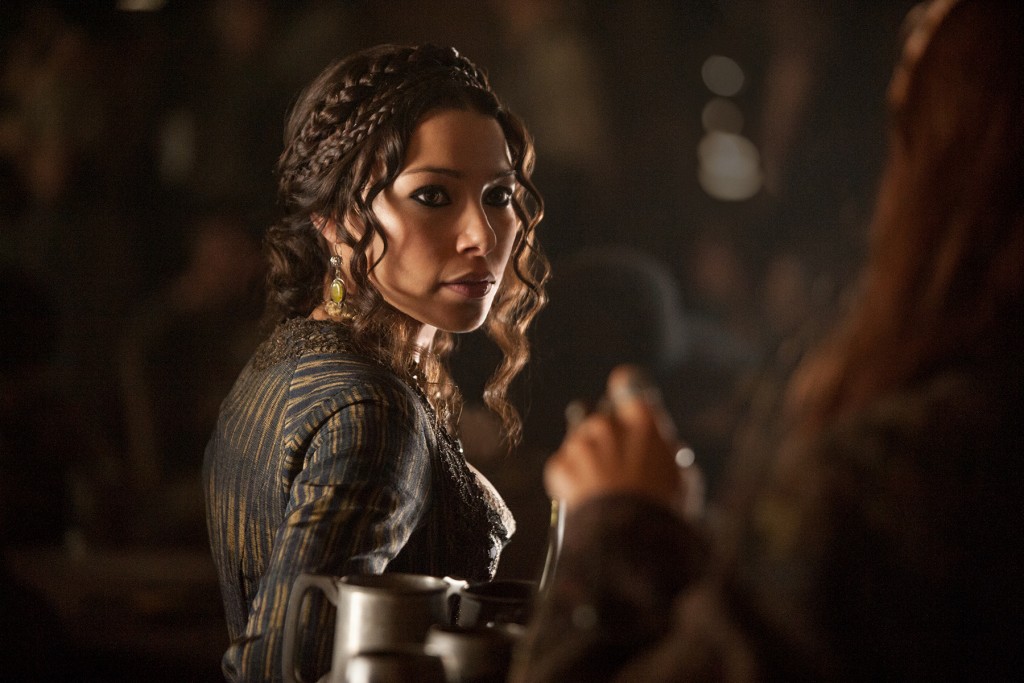 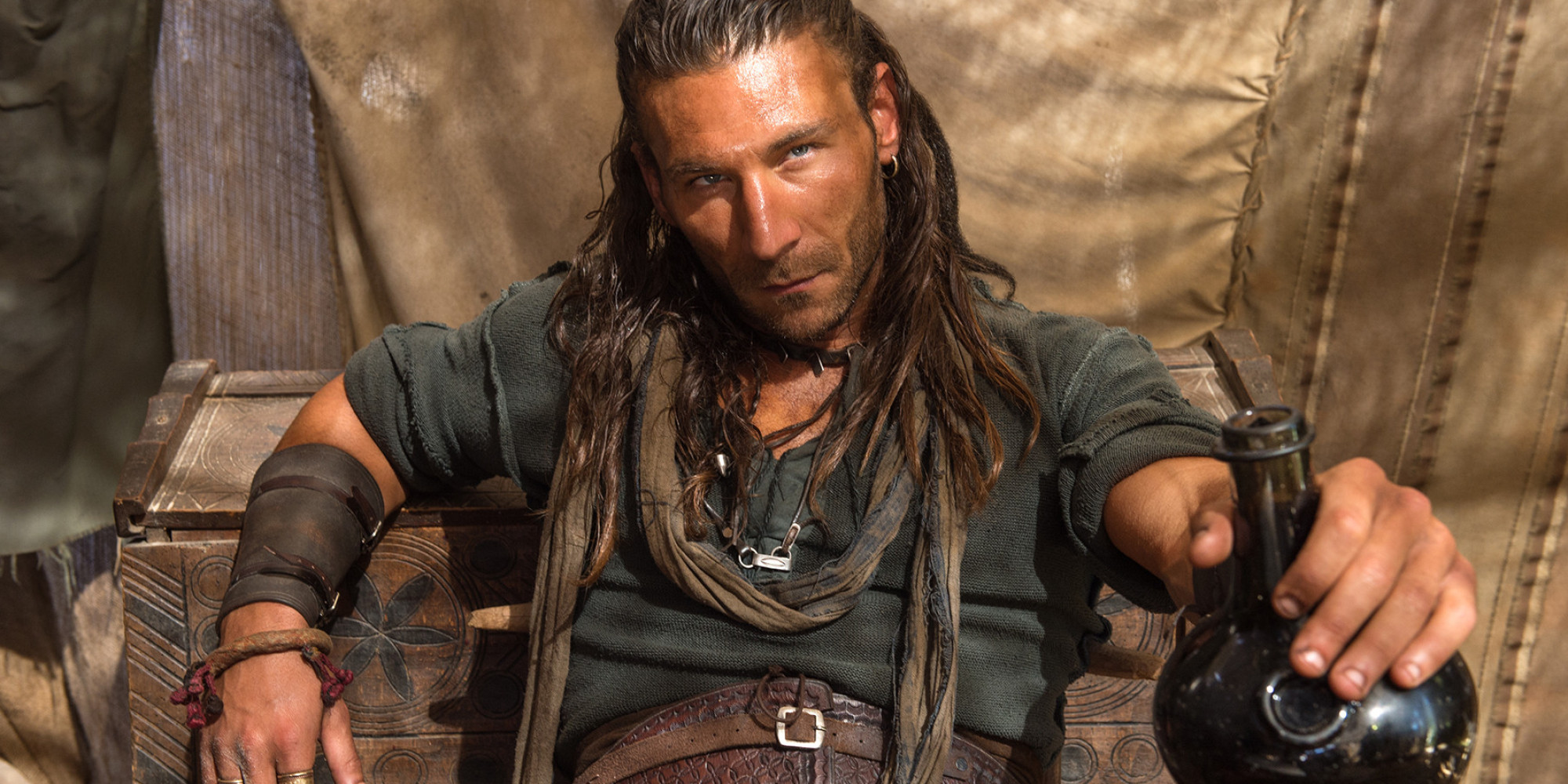 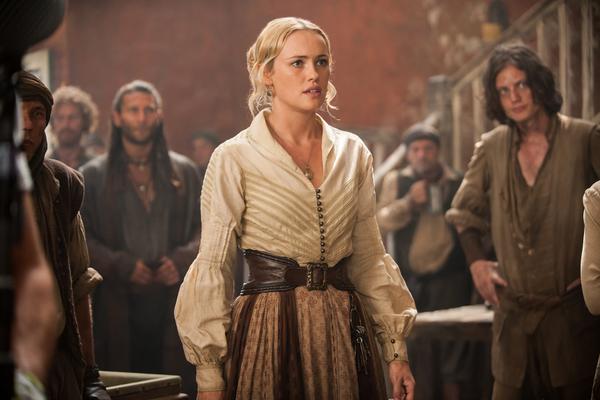 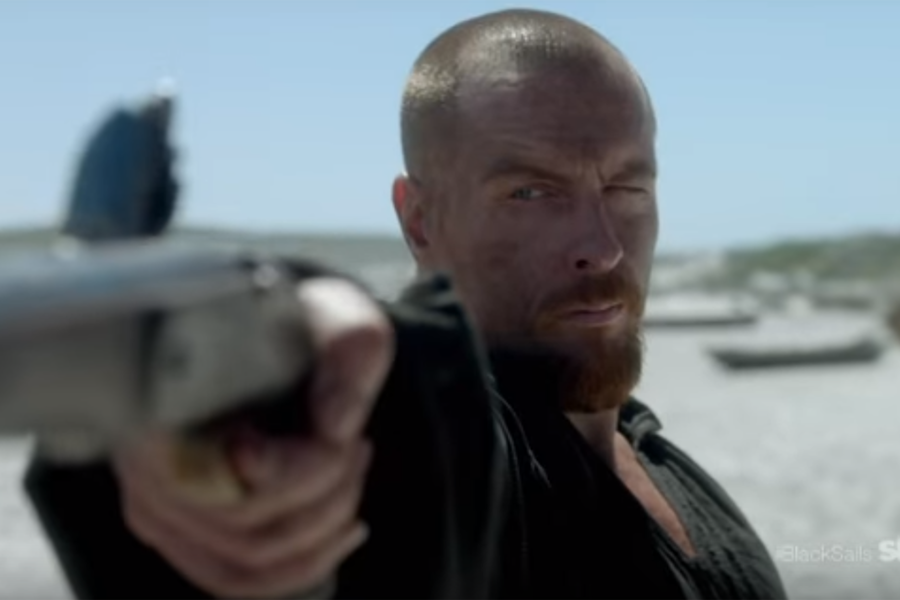 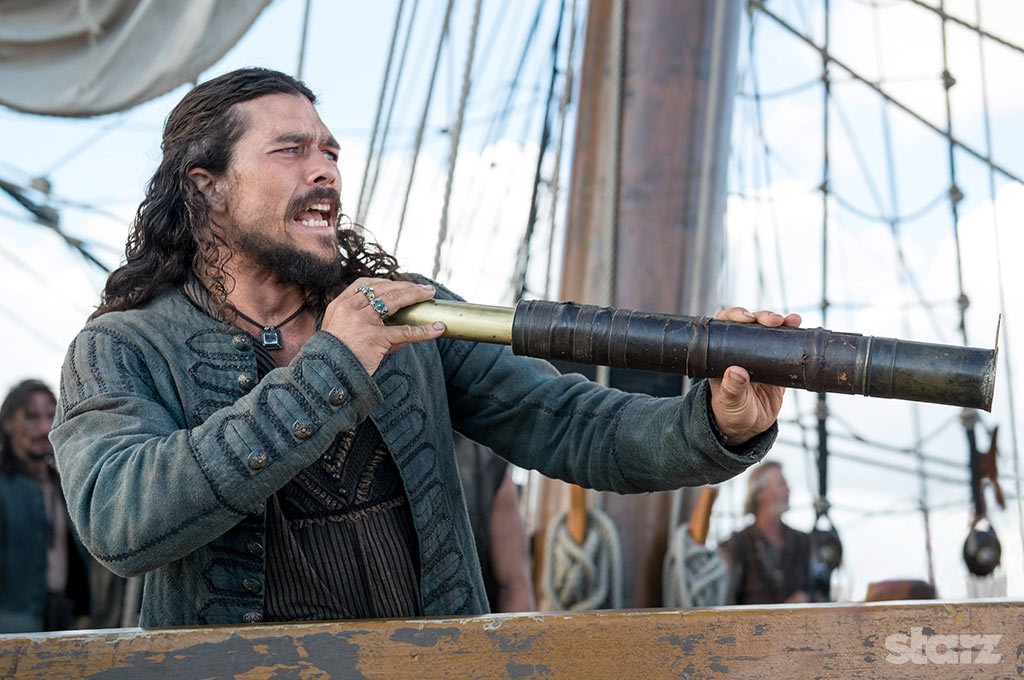 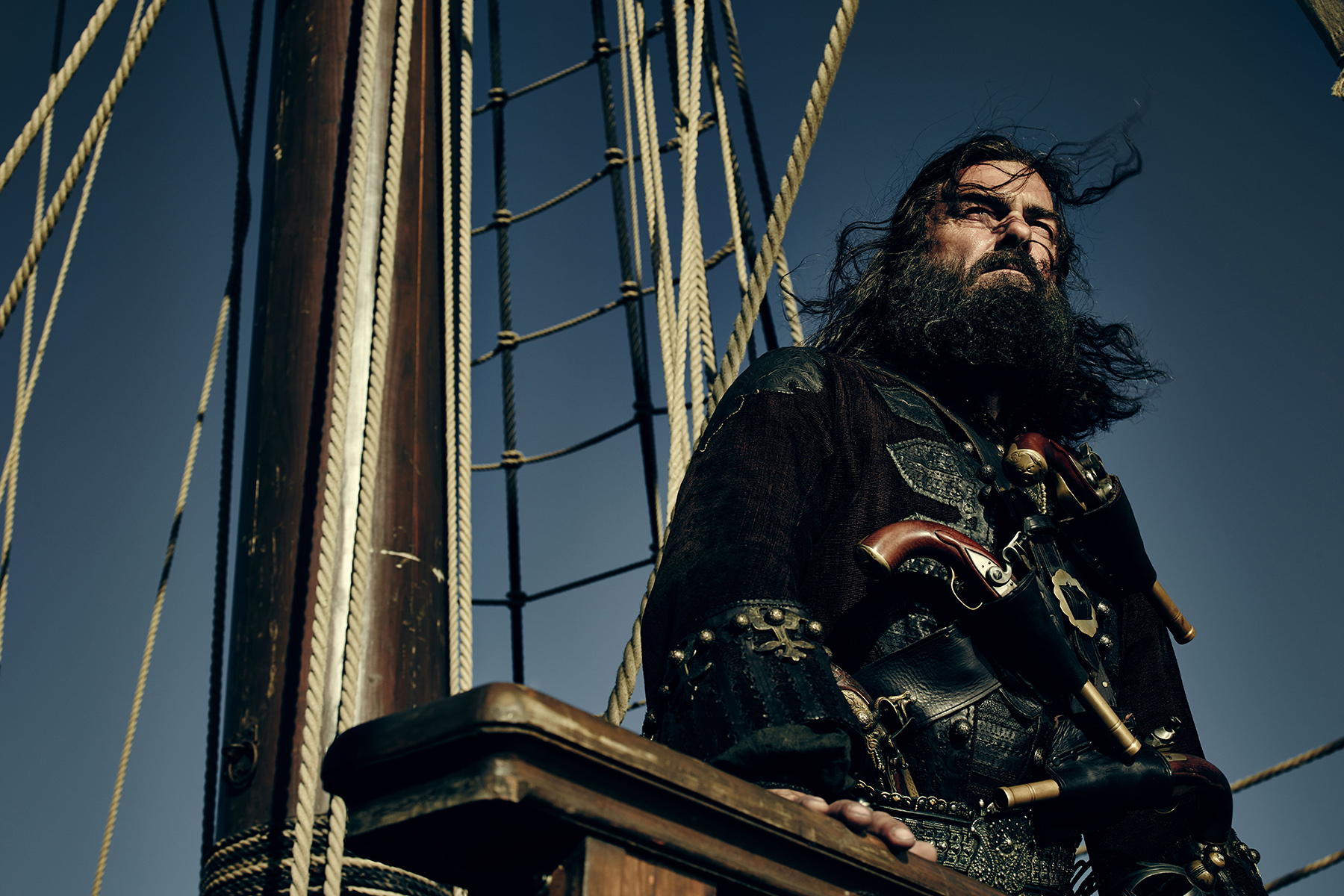