Another interesting rifle examined by ForgottenWeapons.com — a Gewehr 98 sniper rifle with a 3x scope.

In the midst of a massive industrial slaughter, there was another Frontier Partisan-style conflict of raid-and-riflery going on in the trenches of the Western Front. The finest practitioners of this form of warfare, predictably enough, were hunters — German foresters, Scottish deerstalkers, Canadian frontiersmen, including a large number of Indians.

The Germans had an early sniping edge, due in large part to their superior optics industry. Shooting with telescopic sights was much more common in Germany and Central Europe than it was in Britain and the Commonwealth. And the Germans built state-of-the-art optics. The British sniper scopes were bizarre prismatic contraptions, boxy and unwieldy and — worst of all — offset from the bore. German Mausers were equipped with over-bore scopes, though, as in the one described in the video, the mounts were sometimes offset to allow use of the iron sights. 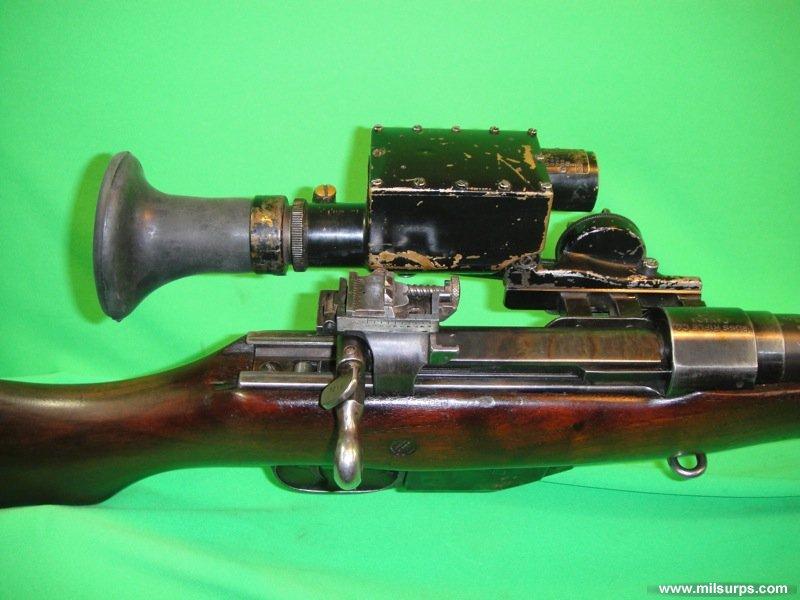 The Ross with a prismatic scope. Gimme a Mauser fer cryin’ out loud!

(Given that my tastes run to Nightforce and my budget runs to maybe a Redfield Revolution, it is gratifying to be reminded that even the most basic “value scope” of today is far superior to that which those remarkable battlefield hunters used). 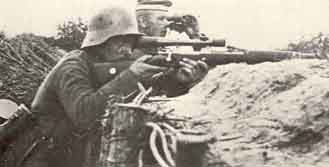 Note that the high mount of the scope forces the rifleman to hold his head up and make contact with the side of his chin instead of attaining the “cheek-weld” considered vital to precision shooting today. The equipment is primitive by century-on standards, but the snipers of the Great War got the job done. BTW, this is a posed shot for home front consumption. Nobody stuck their head up over the trench parapets like this — they built very clever hides. 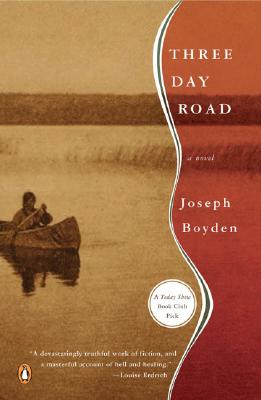 All of which reminds me that I have never posted on the novel “Three Day Road,” by Joseph Boyden. This dark, compelling novel follows two Ojibway-Cree snipers — Xavier and Elijah — as they fight in the trenches in France and Belgium. I am reminded because Xavier prefers to use a captured Mauser sniper rifle rather than the Canadians’ Lee-Enfield or Ross rifles. It is an object of great power. And, well, wouldn’t you?

The novel is told in first-person narration that alternates POV between Xavier and his aunt Niska, out in the Canadian bush. It is a grim and harrowing tale, as cold as the north country from which the young hunters hail. And superb.

The novel is inspired in large part by the great warrior Francis Pegahmagabow, who is honored as the top gun of World War I with (at least) 378 kills. Yes, honored. The Great War was an especially insane conflict, and especially horrific — but tactical prowess and skill at arms are to be admired and honored, regardless. Always.