But it was paved with cement…

The rough, wild — and shady —  frontier history of the old hometown has cropped up again.

KCET produced a piece on “Lost L.A.” that plumbs the exceedingly violent history of the sleepy pueblo that grew into one of the wildest, weirdest metropolises in the world.

From the end of the Mexican War (1848) to the arrival of the transcontinental railroad and respectability (1876), Los Angeles drank, whored, brawled, lynched, and murdered. 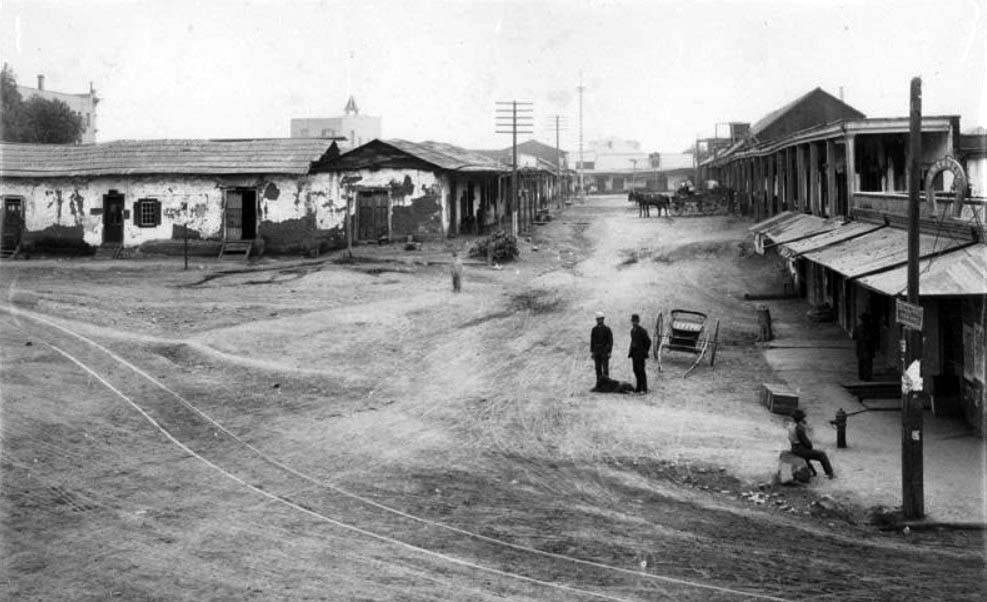 Of course, “respectability” didn’t actually change much, as is noted in crime writer James Ellroy in “LAPD ’53.” “THE QUINTESSENTIAL AMERICAN BOOMTON TO THE QUEEN CITY OF A NEW MILLENNIUM,” Ellroy proclaims in his introduction to a collection of crime scene photos from the LAPD archives — and the body count says high. The queen city has always been a bloody place… 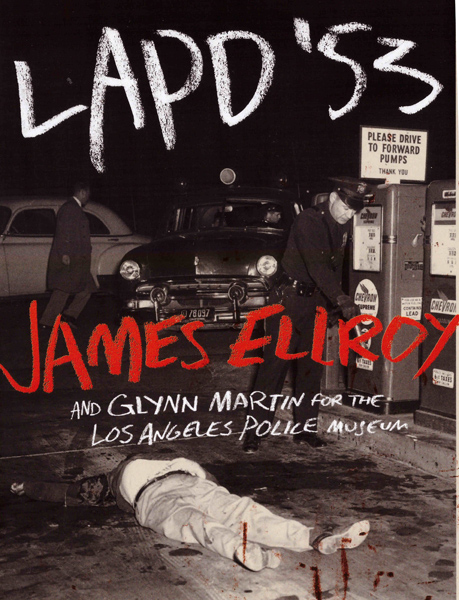 And over at The Daily Beast, documentary filmmaker Jon Wilkman provides an excellent sketch of the L.A. water theft that ultimately led to one of the worst (and least-known) manmade disasters in American history, the collapse of the St. Francis Dam in 1928, which took at somewhere close to 500 lives.

The dam collapse came without warning, thanks to an error in judgment by the man whose water projects made modern L.A. possible: William Mulholland.

His story is a classic tale of a frontier go-getter. Wilkman:

Born in Ireland in 1855, young Willie Mulholland ran away to sea when he was 15, and in 1877 followed his sense of adventure to Los Angeles, a frontier town with a welcoming climate and a population of a little more than 11,000. The year before, the once isolated Mexican pueblo gained easier access to the rest of the United States with the arrival of the transcontinental railway.

In 1878, at age 22, Mulholland started his life’s work as a ditch digger for the city’s privately managed water distribution system, which was linked to the shallow Los Angeles River. In the years that followed, the Irish immigrant’s no-nonsense attitude and management skills led him to the leadership of a new city-owned water department in 1902.

With a growing population outstripping water resources (sound familiar?) former mayor Fred Eaton secretly bought up land and water rights in the Owens Valley in the shadow of the Sierra Nevada, and Mulholland designed a 233-mile-long aqueduct to bring Owens Valley water to L.A. My wife’s grandfather was in the crowd that gathered to hear William Mulholland say, “There it is — take it!” and watch the water flow in on November 5, 1913. He would become a walnut grower in the San Fernando Valley, so the water meant prosperity to him. 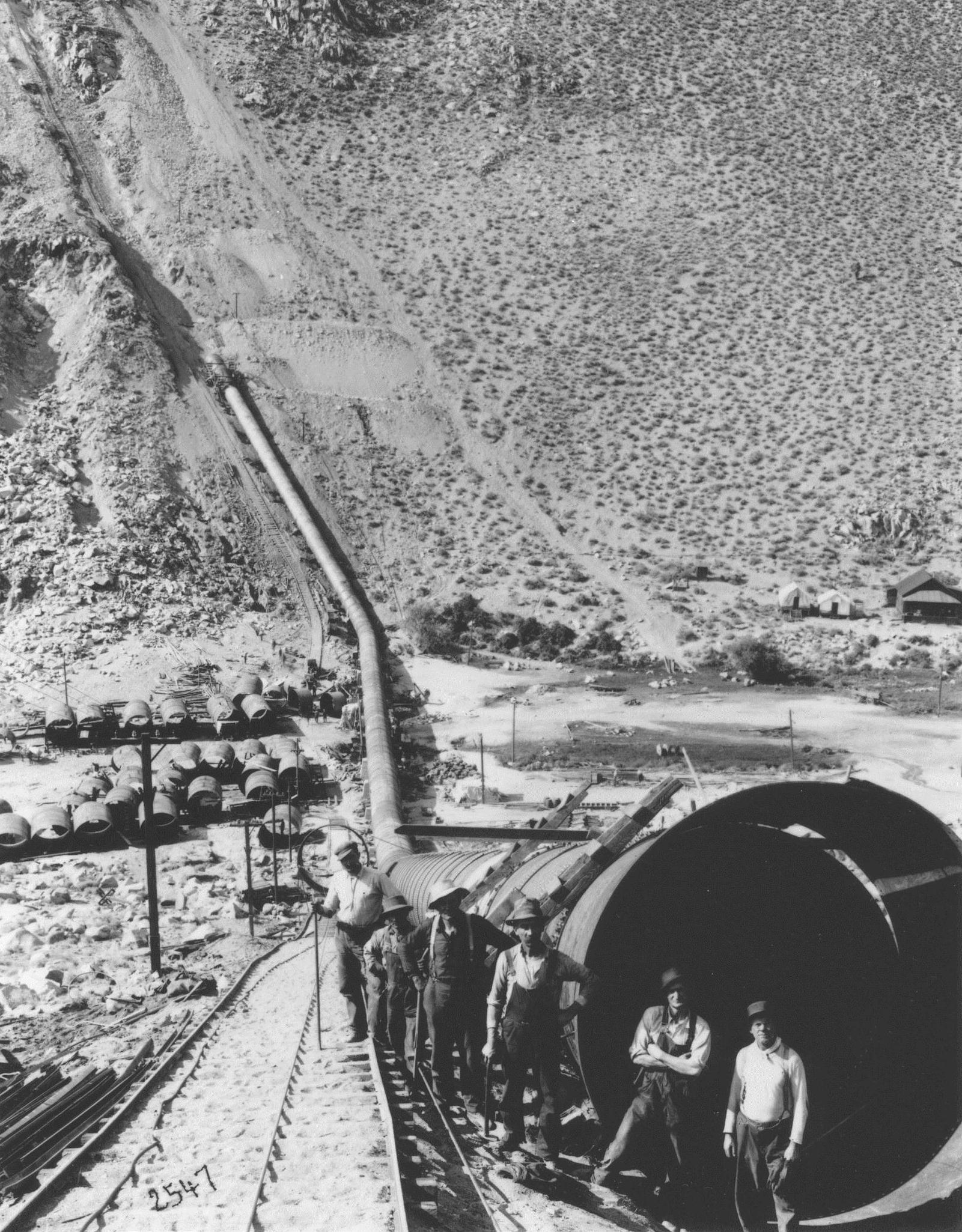 The L.A. Aqueduct. An extraordinary feat of engineering — and a sore spot for generations of Owens Valley ranchers and farmers. 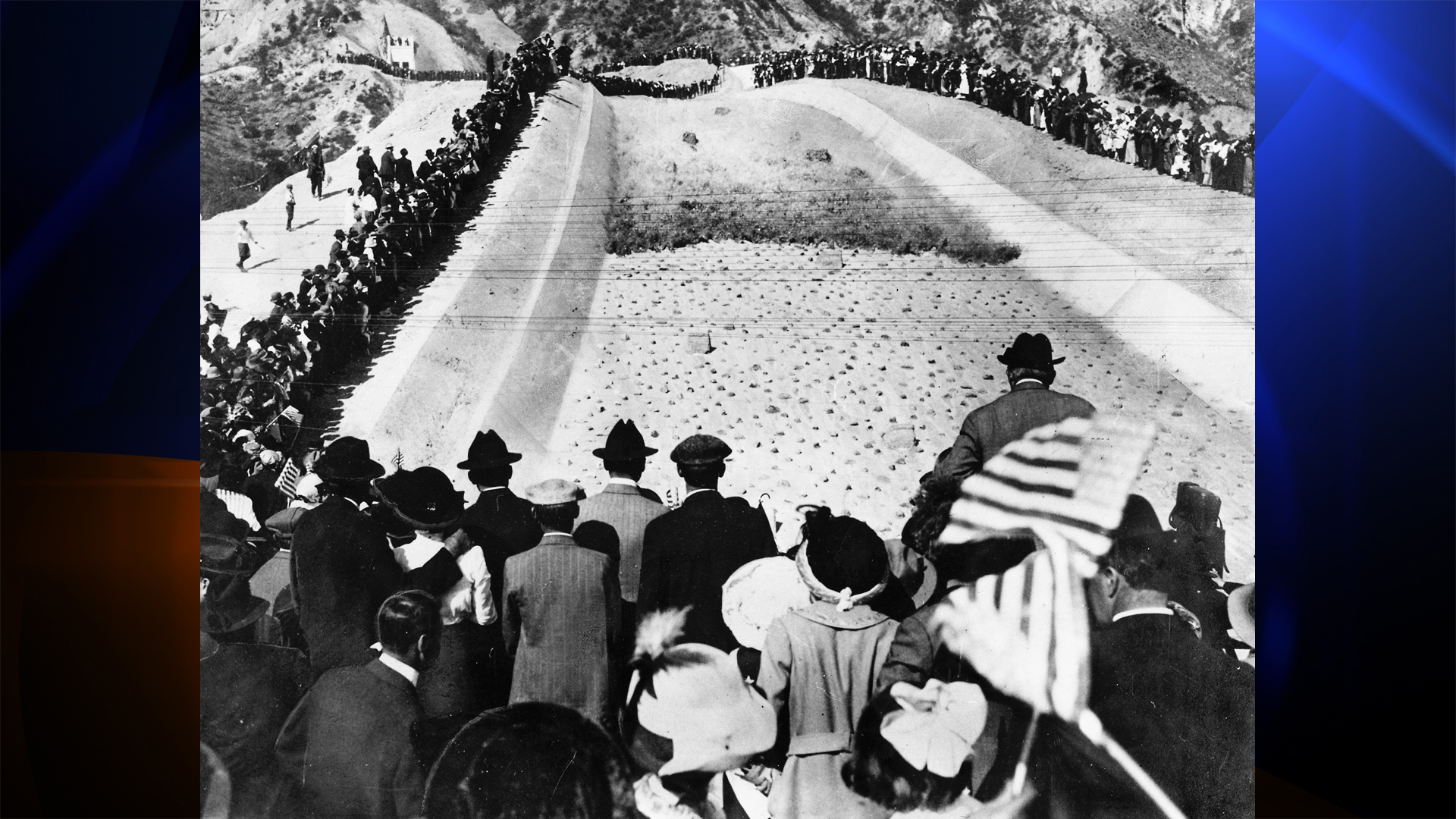 Somewhere in that crowd is Marilyn’s grandfather.

The secret — and profoundly devious and underhanded — water acquisition, which looked an awful lot like outright theft to Owens Valley ranchers and farmers, led to violence. There were several incidents where locals dynamited sections of the aqueduct. The water transfer totally changed the ecology of the Owens Valley, and the locals are still pissed off about it. They don’t like Angelenos up there. I used to backpack in the Sierra Nevada out of Owens Valley towns, and I can tell you the hard feelings are far from dead.

Mulholland designed dams to hold the Owens Valley water — one of them being the St. Francis Dam in San Francisquito Canyon 50 miles north of the city.

On the morning of March 12, 1928, Mulholland and his assistant, Harvey Van Norman, were called to examine a leak in the St. Francis Dam. Leaks were not uncommon, but watchman Tony Harnischfeger thought the escaping water looked muddy, an alarming sign that the dam’s foundation could be failing. When Mulholland took a close look, with nearly 50 years of experience, the water appeared clear. Van Norman agreed. They concluded the leak became muddy when it mixed with construction debris. Shortly after noon, the water department bosses returned to Los Angeles. Less than 12 hours later, shortly before midnight, the St. Francis Dam suddenly shuddered, heaved, and cracked apart, releasing a flood that surged west through small agricultural towns and farmland, destroying nearly 500 lives before reaching the Pacific Ocean 54 miles away.

L.A. is even more historically amnesiac than the rest of America, and virtually nobody knows about this disaster, or the unbelievable chicanery behind the birth of modern L.A.  — unless you’ve watched Chinatown and read Mark Reisner’s Cadillac Desert.

Speaking of which, here’s the 1990s PBS series Cadillac Desert — Mulholland’s Dream, which does an excellent job of telling this quintessentially American story. The VHS transfer isn’t great quality, but it’s well worth the viewing. And while you’re at it, take a few minutes to read this blog post from BOOM: A Journal of California, where  David L. Ulin jumps off from the opening of the L.A. Aqueduct to examine the Ned Doheney murder-suicide and the writing of Raymond Chandler and James M. Cain. Good stuff.