They never found my body, boys

Or understood my mind… 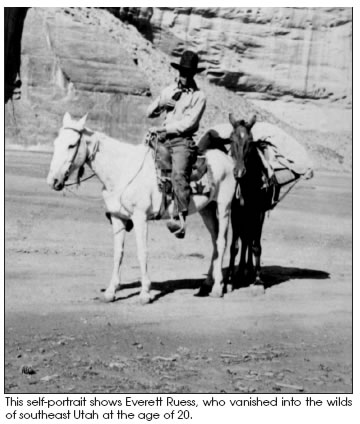 I have a bad habit of losing things. I’ve lost several good knives; several sets of gloves. Books. CDs. I hate losing good gear. And, to my intense mortification, I’ve lost things people have given or lent me, which is a betrayal of trust and makes me feel awful. I could blame my general messiness on being a “creative” but that’s just an excuse. It’s an obnoxious character flaw that seems impervious to every kind of firm resolution to change my ways.

The Legend of Everett Ruess made its presence felt a couple of days ago, over at The Bunkhouse Chronicle. Everett Ruess was a wilderness-loving tearaway back in the early 1930s. He explored the High Sierra and the desert Southwest on his own hook, drawing and making woodcut prints of wilderness scenes, learning Navajo (a rare feat) and writing poetic letters and journals — a story told beautifully in Dave Alvin’s ballad below. 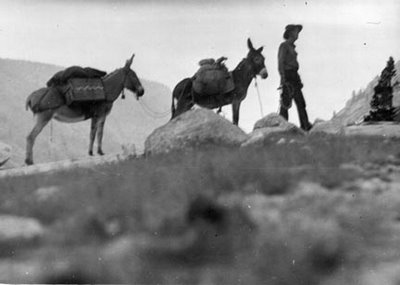 Young Everett disappeared into the Grand Escalante Badlands in 1934, never to be seen again. Every kind of rumor, theory and legend has been propagated about his fate. A few years back, a skeleton was found in the area Ruess was known to have traveled, and DNA testing was done to determine if these were the young man’s remains. A music journo asked Dave Alvin if he would update his song if the DNA proved out. Dave’s response was perfect. “No,” he said. “Disappearing is poetry. Finding him is journalism.”

The skeleton turned out to be that of a Navajo shepherd.

They never found my body, boys

Or understood my mind 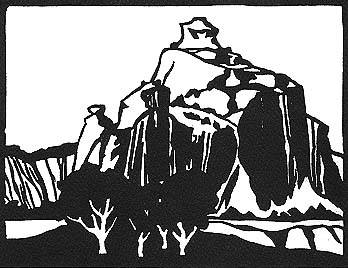 I borrowed the biography “Everett Ruess: Vagabond For Beauty” from the Sisters Library. I lost it. I turned my bedroom upside down, dumped out the rat’s nest of crap in the back seat of my truck, went through every stack of paper in my office. Nada. I went in and told the librarian and pulled out my wallet to pay for the book. She said, “Don’t pay now. We’ll put it in the system as missing and wait a little while and see if it turns up.”

“No,” I said. “I’ve looked everywhere for it. I’m pretty sure it’s just disappeared.”

I heard what had just popped out of my mouth and busted up. The librarian tilted her head and looked at me like she was contemplating whether she needed to summon  the paddy wagon. That, of course, just made me laugh harder.

Somewhere, I reckon, the shade of Everett Ruess was laughing, too. “Poetry,” indeed. I got to tell Dave Alvin that story when he was here for the Sisters Folk Festival. He got a kick out of it.

Something like two years later, the book turned up — under a couch-chair in my office. I’d already bought the library district a new one, so I gave it to my friend Cris Converse, who loves the legend and the mystery and always requests the Dave Alvin song at gigs. As far as I know, it still has a place of honor on her coffee table, a vagabond home from the wilderness. 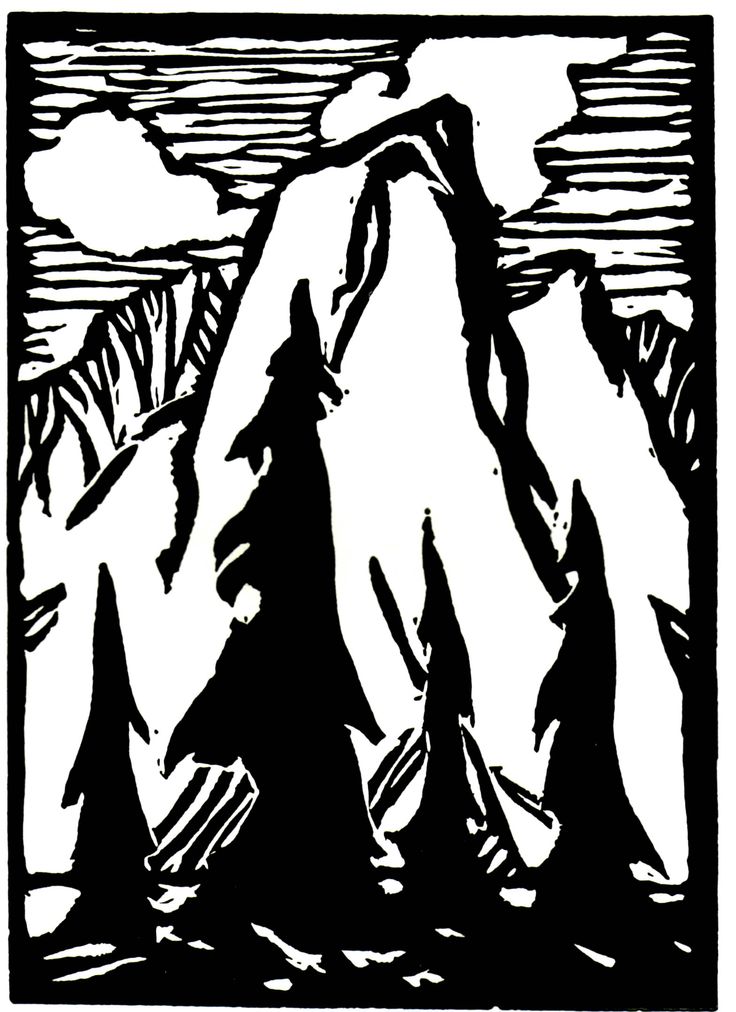