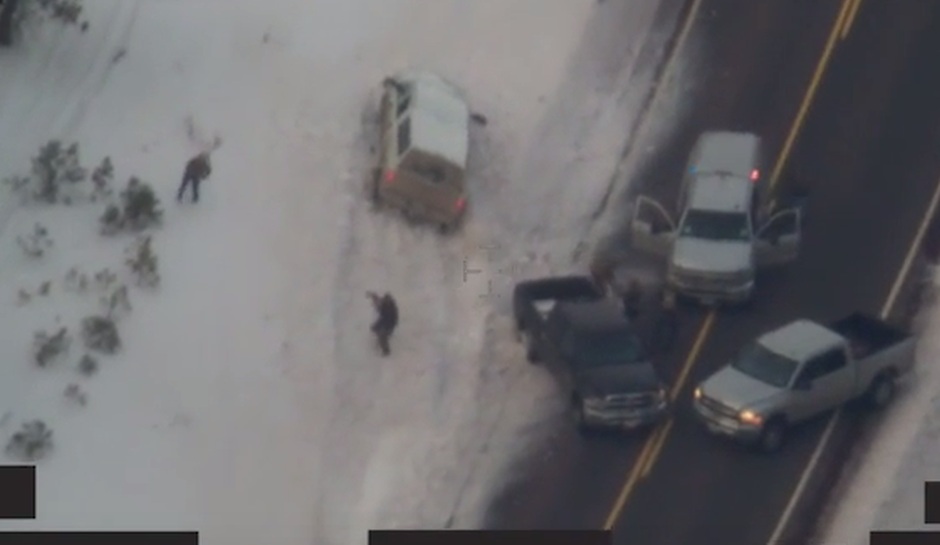 The FBI this evening released video footage of the shooting of Robert LaVoy Finicum during an operation on U.S. 395 in Eastern Oregon. The January 26 incident led to the arrest of the leadership cadre of the Bundy Outfit that was occupying the Malheur National Wildlife Refuge. The occupation continues with four militants still present.

The “movement” has spent much of today throwing out propaganda about the shooting, calling it cold-blooded murder and claiming Finicum was shot while kneeling with his hands up. The video footage is very clear.

Finicum clearly reached for his jacket at least twice. Second or third time he was shot by an Oregon State Police Trooper. FBI reports Finicum was packing a 9mm handgun. Some people will doubtless still have “their truth,” but for the reality-based world, the video is definitive.

There’s nothing to celebrate in this, but hopefully we will no longer have to put up with specious claims of murder and malfeasance.