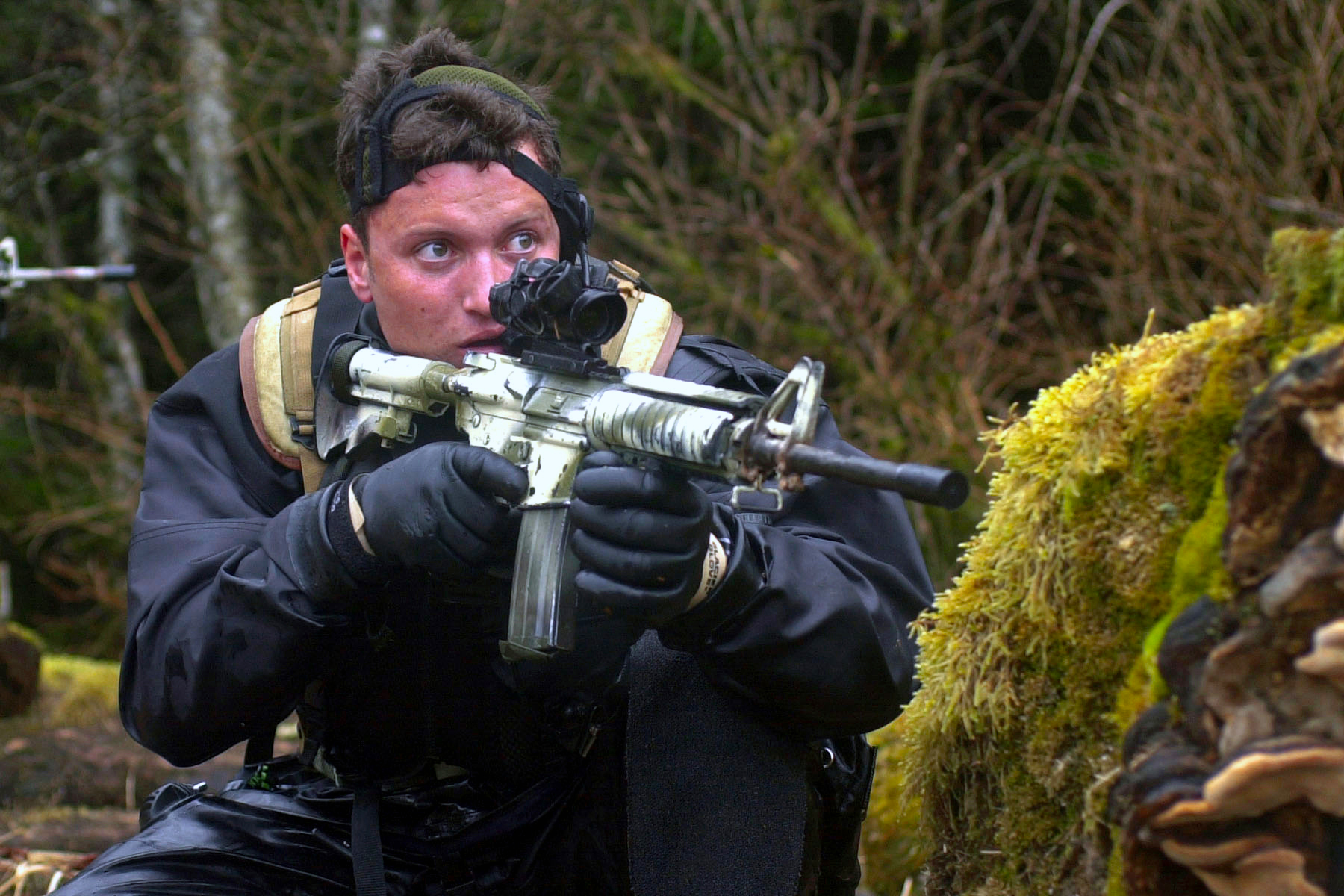 This really bums me out.

A FORMER NAVY SEAL who shot Osama bin Laden and wrote a bestselling book about the raid is now the subject of a widening federal criminal investigation into whether he used his position as an elite commando for personal profit while on active duty, according to two people familiar with the case.

Matthew Bissonnette, the former SEAL and author of “No Easy Day,” a firsthand account of the 2011 bin Laden operation, had already been under investigation by both the Justice Department and the Navy for revealing classified information. The two people familiar with the probe said the current investigation, led by the Naval Criminal Investigative Service, expanded after Bissonnette agreed to hand over a hard drive containing an unauthorized photo of the al Qaeda leader’s corpse. The government has fought to keep pictures of bin Laden’s body from being made public for what it claims are national security reasons.

I listened to both of Bissonnette’s books — “No Easy Day,” and “No Hero: The Evolution of a Navy SEAL.” I got a lot out of them, particularly the second book, which deals with training and mind-set — things that are useful to a civilian who values resilience, determination, skill-development, etc. Neither book struck me as self-aggrandizing — though he was obviously looking to make some money. As I understand it, the profits from “No Easy Day” have been confiscated.

I take Bissonnette at his word — that he wanted to inspire others the way he’d been inspired by books about the SEALs in Vietnam.

Clearly, the man blew it by not getting “No Easy Day” vetted. That was dumb. On the other hand, I don’t recall hearing anything in that book that would reveal anything about tactics, technique or equipment that seemed like it would put operations or operators at risk. It wasn’t any more detailed or graphic than watching “Zero Dark Thirty,” which the CIA and the Pentagon went out of their way to assist.

If he kept a bin Laden photo that he shouldn’t have, well, shame on him, I guess.

This smacks of the wheels of a vast, vindictive bureaucracy crushing a maverick — and that kind of shit sends a shiver of existential horror through my soul.

On the other hand, his former comrades seem to have abandoned him, which may indicate that he really was out of line — not just with the bureaucracy, but with his culture.

Bissonnette was seen as a rising star within the SEAL Team 6 command. According to several former SEAL Team 6 operators, he was once described by his commanding officer as the model for naval commandos: smart, discriminating, and lethal. Bissonnette has said in public interviews that the same officer now refuses to speak to him….

According to two retired SEAL Team 6 operators, Bissonnette’s name has been added to a rock kept at the Virginia Beach SEAL Team 6 base. The rock is used to mark former members who are no longer welcome at the command, including former SEALs who have violated a series of unwritten codes of conduct among the unit.

I understand that the unwritten code of conduct includes being a Quiet Professional. Kind of a “first rule of fight club” deal. But if there’s a problem there, it ain’t one guy — it’s cultural. Bissonnette is far from the only SEAL who has violated that code. Hell, they had active personnel in the movie “Act of Valor.” Double standard?

(* See comments below. Brett Miller has a good explanation for why Bissonnette’s mates are pissed).

You don’t see this kind of thing happening with “Delta Force.” Just sayin’….

I don’t know — maybe the guy deserves to be thrown under the bus. Maybe there’s some bad blood because other team members felt exploited for financial gain. Again, seems like he’s not the only one to violate tribal norms…

I’m not in a position to know all the facts. Like Will Rogers, I only know what I read in the papers — and I’d be very interested to hear anyone’s insights, pro/con/in-between. My sympathies always gravitate toward the ardent-hearted mavericks (see every post about Waylon Jennings or Steve Earle), so until I hear something more definitive, I’m going to continue to regard Bissonnette as a good guy, a latter-day Frontier Partisan warrior who blundered across a line and into the soulless meat grinder of an unforgiving bureaucracy.