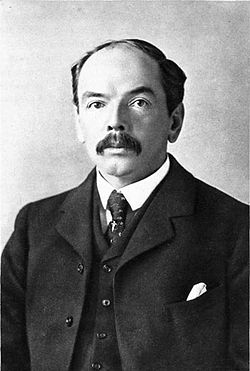 Rudyard Kipling’s enduring poem, “If” was inspired by Dr. Leander Starr Jameson. Today, Jameson is remembered — if he’s remembered at all — for a botched raid into the Transvaal, a fool’s errand to raise a rebellion of English miners in the Boer Republic. The disaster of the 1896 Jameson Raid was a contributing factor to the start of the Anglo-Boer War in 1899.

But the Jameson Raid was merely one episode in the remarkable Frontier Partisan career of the man his many friends knew as Dr. Jim. Born in  Scotland, he showed early promise in the practice of medicine. When his health broke down due to overwork, he did what so many other young men adrift in the Victorian world did — he headed for the frontier. In this case, the frontier was the diamond mining boomtown of Kimberley, in the Cape Colony of South Africa.

There, he quickly built a reputation for his skills as a doctor — and as a ladies man. One supposes he must have been adept at the particular Victorian specialty of remedying “female hysteria.” And, like another “Doc” of frontier renown, Jameson was a skilled gambler, playing — and winning — all-night high stakes poker games in classic frontier boomtown tradition, recognizable from Tombstone to Deadwood to Kimberley. Though basically a townsman, he was an avid shooter and rider as well.

Dr. Jim was a charismatic man, who inspired devotion in both men and women. He was also easily bored. Luckily for him, he fell into the orbit of Cecil John Rhodes, who’s dream of a mystical imperium of the Anglo-Saxon race in Africa would shape Dr. Jim’s life.

When Rhodes began in earnest to pursue his ambition to extend British civilization north of the Limpopo River, Dr. Jim abandoned his medical work to become Rhodes’ right-hand man. He negotiated with Matabele king Lobengula to secure rights to mine and settle in Mashonaland, and was a leader of the Pioneer Column that planted the British South Africa Company in the land that would one day become Rhodesia.

He became the administrator of the Company’s lands, government and operations in the new colony. Opinions vary wildly as to his capabilities in the position. Some modern historians regard him as an incompetent administrator. However, as his biographer Chris Ash notes, his contemporaries regarded him highly, and Dr. Jim was the man they turned to to solve problems.

It seems to me that Dr. Jim was very good at solving problems as they came up. Impatient of anything resembling red tape, he was a guy to “get things done.” That’s all to the good, but the guys who get things done also tend to be lousy at building institutions that can function without their personal hand in the game. Spoken as a guy who operates by the seat of the pants…

Jameson is widely regarded as a cynical operator who deliberately manipulated Lobengula into war so that the Company could seize Matabeleland. Ash makes a pretty good case that Jameson actually tried earnestly to avoid war with the Matabele, who provoked it all the same by entering Company lands and butchering as many as 400 Mashona. Jameson, though no military man, participated in the major actions of the First Matabele War in 1893, which did, in fact, bring Matabeleland under Company control in what was to be Rhodesia (now Zimbabwe).

By the time the war was wrapped up, Rhodes —  who was Prime Minister of the Cape Colony — and Jameson had turned their attention to conditions in the Transvaal. The world’s richest gold deposits had been discovered at Johannesburg, and hordes of “uitlanders” — many of them British, had flocked into the Boer Republic to seek their fortunes. Determined to retain Afrikaaner control in the face of this demographic flood, Transvaal President Paul Kruger denied voting rights to the outlanders. Rhodes and other British Imperialists sought to exploit this oppression to overturn the stubborn Boer state that stood athwart the road between the Cape and Rhodesia.

In late 1895, Jameson assembled a paramilitary force that was to invade the Transvaal in support of a planned insurrection of  uitlanders in Johannesburg. The Jameson Raid turned into a farce. The Johannesburg rebels got cold feet and Rhodes tried to pull the plug. Dr. Jim, the impetuous gambler, evaded the stand-down order and went in anyway. The Boer commandos were onto him quickly and bottled the riders up short of their goal. The whole thing smacked of opera bouffe — except that there was some real fighting and real dying among the raiders.

Jameson was arrested, a humiliated man, and turned over to British authorities, who tried him under a law forbidding mercenary activity in foreign lands. 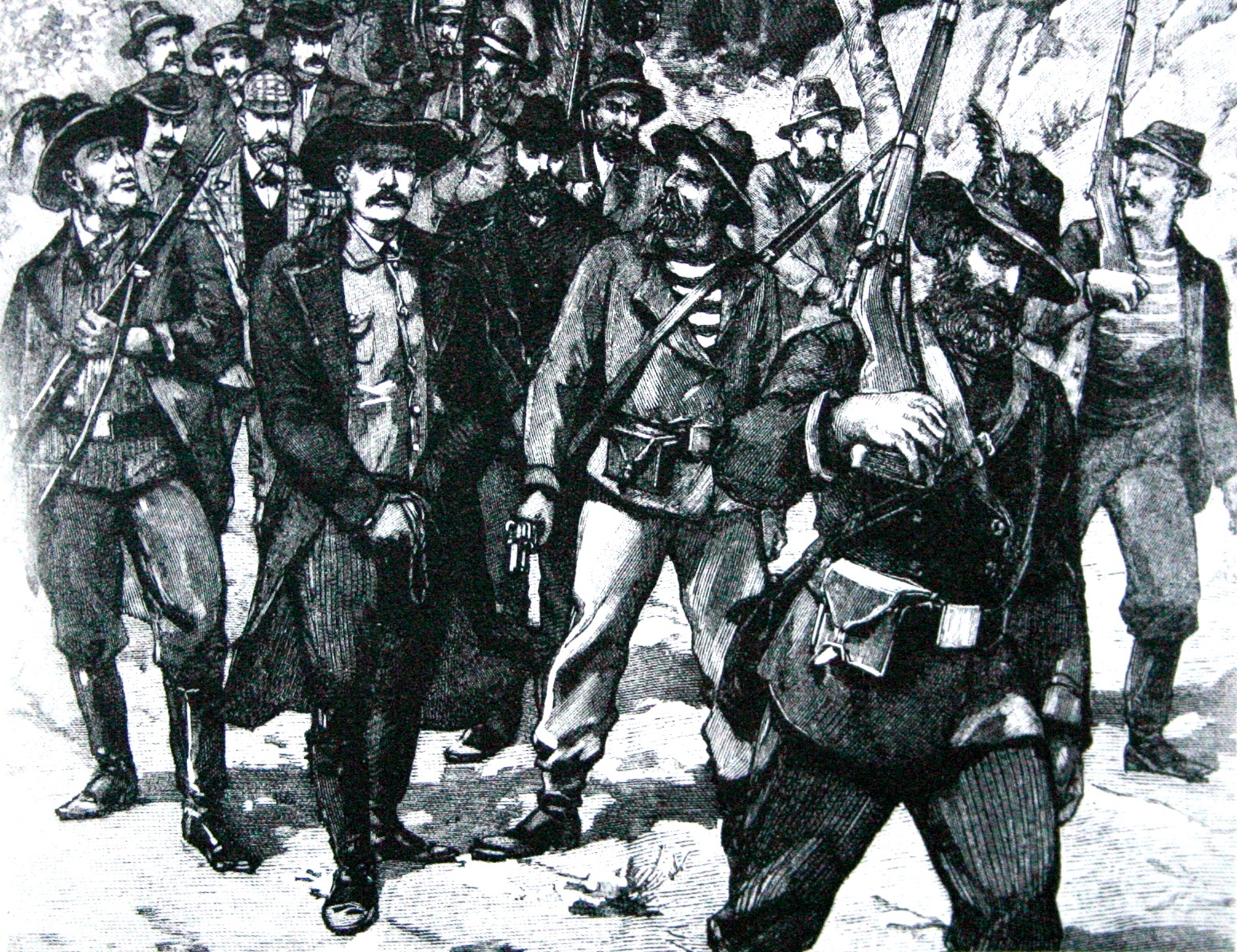 The Rhodes loyalist took the fall for his patron — and for the British government officials who were up to their ass in plotting the insurrection. He did time in prison without demur, and at a severe cost to his health. Rhodes was forced to resign as Cape Colony prime minister, and Jameson was deeply pained that his impatience had damaged Rhodes politically and set back the Imperial cause.

For a time there was distance between Rhodes and Jameson, but the damage was repaired. Jameson sat out most of the Boer War as a non-combatant enduring the siege of Ladysmith. He was at Rhodes’ side day and night when the frail titan fell into his last illness.

Jameson was popular enough to rehabilitate himself after the Jameson Raid, and he would serve a term as Prime Minister of the Cape Colony, where he — remarkably, given his history — mended fences with the Dutch members of the Cape parliament.

Rudyard Kipling looked at Jameson’s demeanor and behavior in adversity and saw a stellar example of Victorian manhood. He said he wrote “If” inspired by Jameson’s character.

Nowadays, Jameson’s reputation is pretty low. He’s regarded as a machiavellian imperialist operator — an unscrupulous lackey of an unsavory Robber Baron. Chris Ash, is not having any of that. Ash’s “The If Man” is a highly favorable — though not uncritical — biography of the once-renowned Dr. Jim. Ash is a romantic about the Victorian/Edwardian British Empire and highly partisan in his views — but he makes a convincing case that Leander Starr Jameson lived up to the immortal words Kipling inscribed in his honor.

“… hopefully this book has demonstrated that he was truly remarkable fellow: brave, determined, inspirational and unashamedly loyal to the imperial cause,” Ash writes. “Whether or not one approves of his outlook or his actions, no one can deny that his life was lived to the very fullest, that he filled Kipling’s “unforgiving minute with sixty seconds of distance run.”