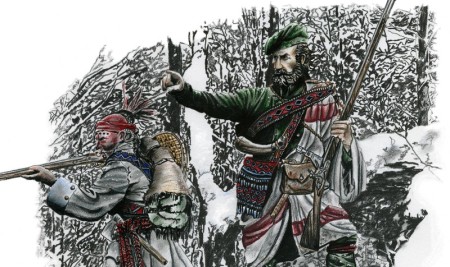 Major Robert Rogers is the godfather of American partisan warfare. Though he wasn’t the first frontier leader to adopt Indian methods to create effective ranging units, his exploits in the French and Indian War of 1755-1763 established the template for Anglo-American partisan operations that extends to the present day.

His operational principles are encoded in modern U.S. Army Ranger doctrine and his deeds have been recorded in books and on film.

I won’t say that Rogers doesn’t deserve the credit he gets, but I will argue that he got the benefit of winner’s press. There was another partisan in the North American woods that was even better than he was — and proved it by besting the Ranger in wilderness combat.

Charles Michel de Langlade was a badass. The métis son of a French trader and an Ottawa woman, it was as if he was born to take the war trail in the service of both of his peoples. That trail was dark and brutal, marked by atrocity and counter atrocity. Langlade first came to notice with a piece of gangsterism that any Mafioso or cartel boss would recognize.

An Ohio Valley Miami chieftain variously known as La Demoiselle or Old Britain had gotten too friendly with British traders, rivals to the French in the lucrative fur trade. Langlade, a young militia cadet, made Old Britain an offer he couldn’t refuse: Trade with me and my French brethren. Old Britain not only refused, he insulted the young métis and threw him out of Pickawillany village. Big mistake.

Langlade returned north and told an Ottawa friend of his named Pontiac about the insult. In June 1752, the pair led 250 Ottawa and Chippewa warriors back down to Picawillany where they destroyed the village. Old Britain was executed — and his killers boiled him in a pot and ate him. His followers decided to return  their trade to the French.

When an aggressive young Virginia militia colonel named George Washington inadvertently touched off the world war Americans know as the French and Indian War, Langlade cheerfully encouraged his Ottawa friends to join the fray on behalf of the French, traveling hundreds of miles for the prospect of scalps, loot and glory. They got a surfeit of all three on July 9, 1755, when Langlade helped organize the ambush that destroyed General Edward Braddock’s army in the woods near Fort Duquesne (now Pittsburg, PA). It was a beautiful ambush — and a disastrous defeat for the British, costing nearly 500 killed and nearly 400 wounded. The French and Indians lost probably less than 30 killed.

So, by 1757, Langlade was a seasoned partisan ranger, a deadly forest warrior. And he was about to go mano-a-mano with Rogers, who was driving the French nuts with raid along Lake George and Lake Champlain. 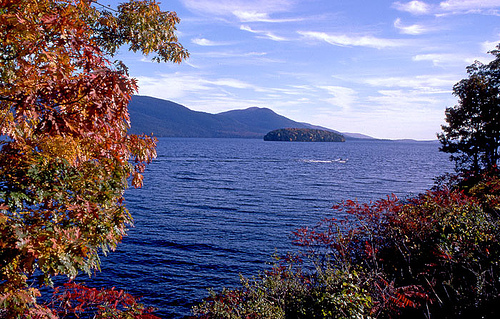 The lakes that mark the boundary between the New England colonies and New York were the theater of operations in which the American “ranging way of war” was forged. Rogers and his ranging companies traversed the lake by whale boat and canoe and on skates in the winter, harrying the French, ambushing patrols and supply columns and providing some of the offensive spirit needed to cheer up the British and Americans still in a funk over their less-than-impressive start to the war.

Rogers led one such raid  in January 1757, capturing several supply sleighs on Lake Champlain, along with a few prisoners. The commander of Fort Carillon (eventually Ticonderoga) dispatched Langlade to pursue the Rangers at the head of a party of 90 Indians and Canadians and 110 French regulars.

Rogers’ 74 Rangers, with seven prisoners in tow, were busting ass through snow over broken ground in the ever-shortening daylight of a northeastern winter afternoon. Langlade picked up the trail and swung out around Rogers, throwing up a horseshoe-shaped ambush at the top of a ravine where Rogers’ men struggled to climb on their snowshoes.

As the Rangers crested the ravine, a point-blank volley from musket and fusil blasted into them, leaving several Rangers turning the snow into bloody slush.

According to historian John F. Ross:

Langlade himself may have fired on Rogers, who took a ball across the temple; it ripped his hat off but left him standing. As Langlade watched, the big man staggered like a great wounded elk, blood running down his face, bellowing orders to his men to rally on the far side of the creek.

That evening there was a hell of a firefight as Rogers’ company held off Langlade’s efforts to flank them. After nightfall, Rogers took advantage of the cover of darkness to slip away, apparently inadvertently leaving three of the most seriously wounded behind to face the tender mercies of the Ottawa.

By force of will and the profound leadership qualities that made him who he was, Rogers got the bulk of his command back to Fort William Henry at the foot of Lake George. Still, he’d lost 14 killed, six wounded (including himself) and seven missing.

That seems to be the only time the two frontier partisans met in direct confrontation. Both continued to raid. Langlade might have turned the tide against General James Wolfe’s army at Quebec, but cautious regular army officers denied support for an ambush that could have doomed Wolfe to the same fate as Braddock.

As it was, Langlade fought in the decisive battle at the Plains of Abraham. After the French defeat, he moved to what is now Green Bay, Wisconsin, where he remained active in the fur trade. He led western Indians allied to the British in the Revolutionary War, but never with the flare and success he showed against Rogers.

He died in 1801, the veteran by his own estimation of 99 fights and battles.

Rogers went on to great fame; Langlade is now mostly forgotten. Such are the whims of history. 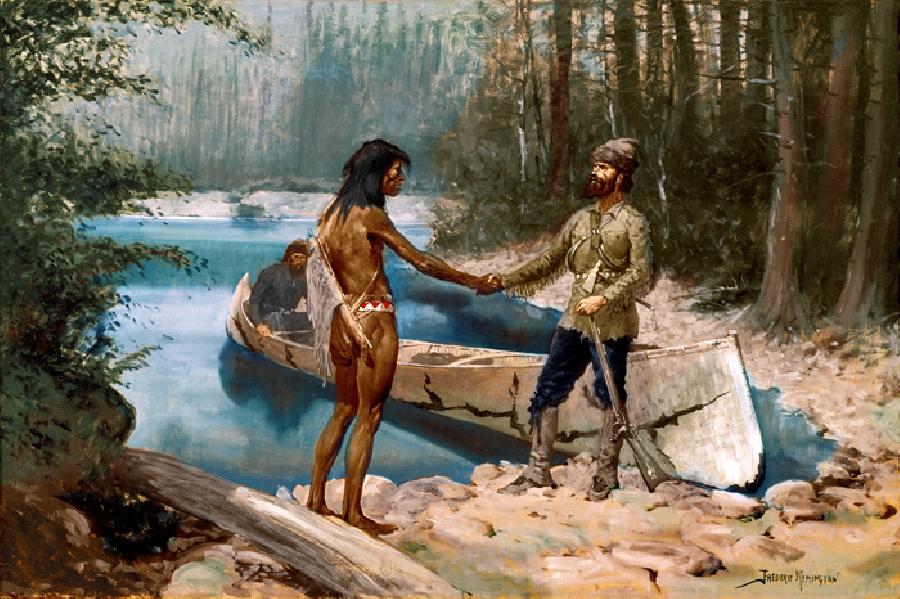 The coureur des bois were perhaps the best of the earlier frontier partisan warriors in North America.