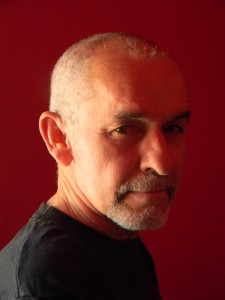 James Carlos Blake: Bard of the badass, poet laureate of the American renegade.

I was working in a bookstore when I discovered Blake’s debut novel, “The Pistoleer.” I was knocked out. Blake recounted the life of Texas gunman John Wesley Hardin through the eyes of people who knew him (actual and imagined). His command of an array of voices —  a judge, a whore, a gambler, a lawman and many more —was astounding.

His second novel, “The Friends of Pancho Villa,” told by Villa’s most fearsome henchman, Rodolfo Fierro, was even better.

Most of Blake’s novels revolve around actual historical personages — the Ashely Gang of Prohibition-era Florida; Depression-era gangster Harry Pierpont; Missouri bushwhacker Bloody Bill Anderson; boxer Stanley Ketchel. A few feature purely fictional protagonists, all in historical settings of the American South and West (and Mexico) from the mid-19th Century through the early 20th Century. “In the Rogue Blood” is one of these latter and it won the Los Angeles Book Award. It’s a damn-near nihilistic trek across the same landscape Cormac McCarthy rode in “Blood Meridian” and it’s a fine, if harrowing tale.

Blake’s protagonists are all badasses, if not downright sociopaths. They are violent and profoundly carnal; tales of such men, my mother would say, “have no redeeming value.” But in Blake’s hands, their stories are the stuff of epic, tragic poetry. For Blake’s heroes are doomed. His operating principle is stolen from Heraclitus: Character is Fate. Blake’s renegades cannot be other than what they are and their febrile character fits them solely for the fate of a searing flame, extinguished only in blood.

Their redeeming value, if redemption even matters in Blake’s world, is that they are true and authentic. Joseph Campbell might say that they follow their bliss, though their fate is never blissful, always violent and sometimes sordid.

Whatever their manifest faults, these are the ardenthearted, and like Cormac McCarthy’s John Grady Cole, Blake’s sympathies, for better or worse, lie among them.

“What he loved in horses, was what he loved in men, the blood and the heat of the blood that ran in them.  All his reverence and all his fondness and all the leaning of his life were for the ardent hearted and they would always be so and never be otherwise.”

— All the Pretty Horses

Now, after seven years of silence, Blake is back with a new novel, “Country of the Bad Wolfes,” based on his own family history. As he noted in an autobiographical essay, The Ousider: “I am the fourth generation of men in my family to be born in Mexico, all of us descendants of an American who himself was sired by an English pirate.” Well, yeah, I guess you might want to mine that vein.

Blake and I are simpatico. The same history trips our trigger; our outlook, I think, is much the same. And I love Blake’s attitude toward history. As he told Mystery People:

“I’ve been familiar with my family’s history since I was a boy, and over the years I’ve read a good deal about 19th-century Mexican and American history. If there’s one general subject of study that benefits a fiction writer, it’s history, whether or not he writes historical fiction. History is human nature writ large, and the better you understand the past, the better you’ll understand people in general, including those of our own day.”

A new James Carlos Blake novel is a big thing for me. He’s one of the few writers who can make me feel at 46 what I felt when I was 13 or 14 and discovered Robert E. Howard — the visceral thrill of doom-laden magnificence, that barbaric yawp of renegades who, like Steve Earle’s “Angry Young Man,” would “live like I please or die tryin’.” I know damn well his heroes lack redeeming value. But all my reverence and all my fondness and all the leaning of my life are for the ardenthearted and they will always be so and never be otherwise. Character is fate. 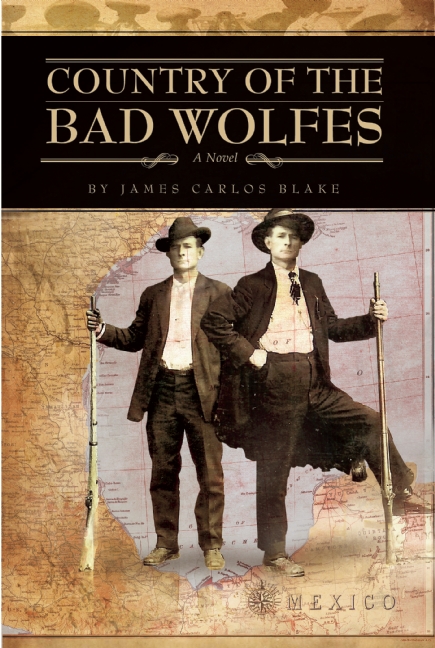