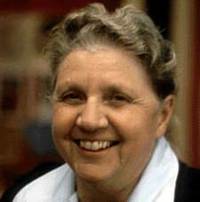 Brackett is best-known for her science fantasy work, but she worked in a variety of genres, including screenwriting. She wrote the screenplay (and novelization) for “Rio Bravo,” and worked (with Faulkner, no less) on the screenplay for “The Big Sleep.” At the end of her life, George Lucas tapped her to write the screenplay for “The Empire Strikes Back.” Apparently Lucas didn’t like the direction of her story and didn’t use much (any?) of her work, and she died of cancer before she had an opportunity for re-writes.

Still, her inclusion was a nice homage to a writer whose work was often dismissed as “Space Opera.” Star Wars made Space Opera cool — or at least nerd-cool. Screw the critics anyway! Brackett was writing Frontier Partisan fiction in a planetary setting, inspired by her early love of Edgar Rice Burroughs. I don’t want to bother with anyone who doesn’t get that! 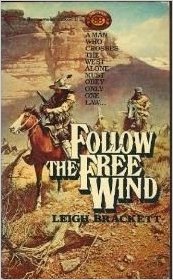 The hero was a black man. You wouldn’t know it by this 1980s cover.

Brackett won a Western Writers of America Spur Award (the highest honor award in the genre) for her ground-breaking novel, “Follow The Free Wind,” a novel based on the life and adventures of Jim Beckwourth — a man born a black slave, who became a mountain man and a war chief of the Crow nation. I read the book as a teenager, when I voraciously consumed any novel clad in buckskins. Picked it up from the library last week, and damned if it don’t hold up to my jaded 50-year-old eyes.

True to Brackett’s pulp roots, it’s a slim, tightly-written novel that starts in action and keeps the pace roaring like a spring freshet in the Rockies. The book was written in 1963, just as the Civil Rights Movement was really gathering steam. For the keepers of a conservative genre like the Western to honor it with its highest award says a lot — especially about the quality of Leigh Brackett’s writing.

Friend Deuce points out that the Hugo Awards (science fiction/fantasy) did not see fit to mark the Brackett Centennial. Too busy fighting a Culture War, I guess. So here is a small gesture in that direction, from a corner of Brackett’s universe-spanning map: Hat’s off to the Mistress of All Genres! Long may her works endure! 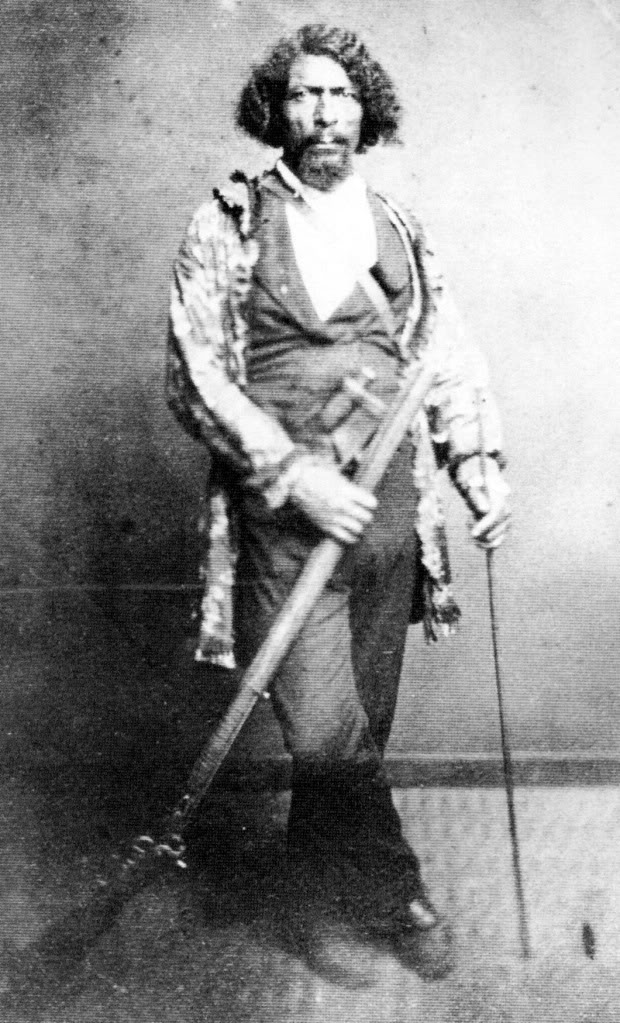 Jim Beckwourth — a larger-than-life figure whom Leigh Brackett brought to life in a Spur Award-winning novel.