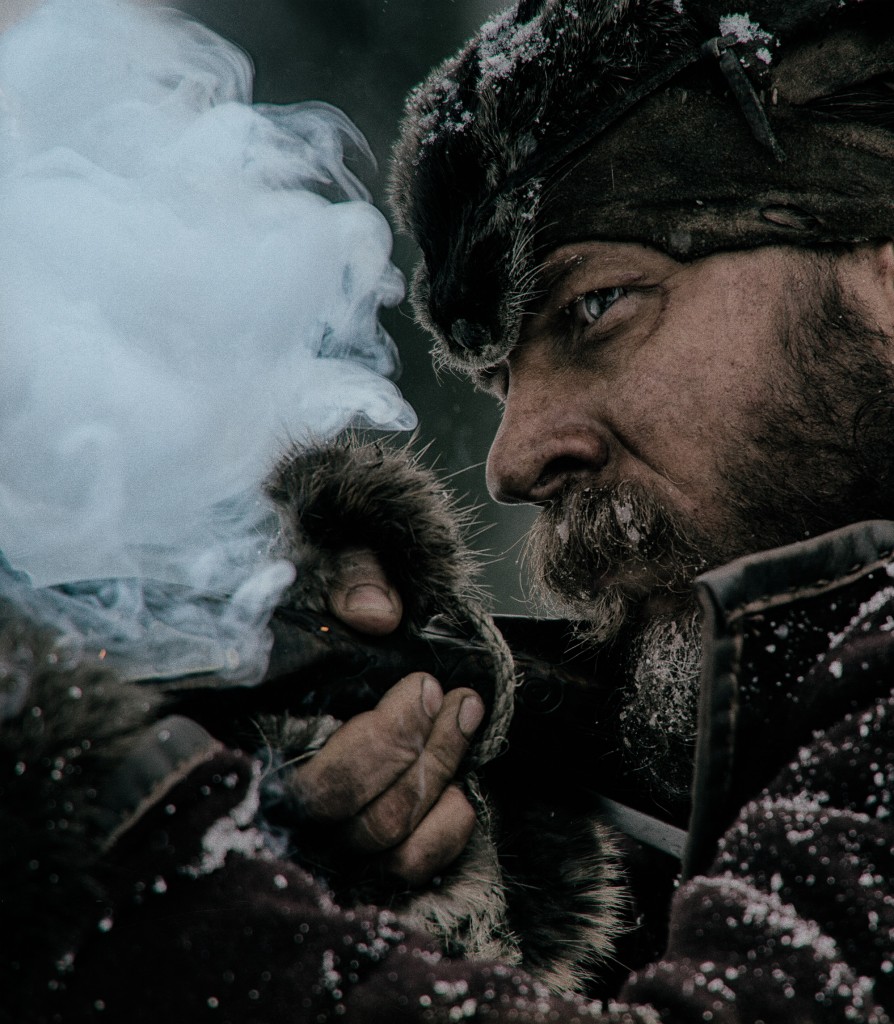 “The experienced mountaineer is never without his rifle, even in camp.  Ongoing from lodge to lodge to visit his comrades, he takes it with him.  On seating himself in a lodge, he lays it beside him, ready to be snatched up:  when he goes out he takes it up… as a citizen would his walking staff.  His rifle is his constant friend and protector.”

That rifle the mountain man was never without? It was always a Hawken, right? Accept no substitutes….

The Hawken was a fine rifle, and make no mistake. But Jake and Sam Hawken were only one of the many makers of rifles in the early 19th Century, and their small St. Louis shop could only supply so many rifles in a given year. Also, in the golden years of the height of the Rocky Mountain Fur Trade, their rifles didn’t look like the classic heavy, half-stock percussion lock Hawken we think of when we think “Mountain Man.” That came later, in the 1840s, when many of the greats, including Jim Bridger and Kit Carson did, in fact, order up a Hawken Rifle.

A Track of the Wolf reproduction of the early Hawken Rifle — full-stocked, flintlock ignition. A fine rifle, but not a whole lot different from similar rifles of the period.

The classic Hawken style — a Track of the Wolf reproduction of Kit Carson’s rifle from the 1840s.

Carson’s actual rifle. The Hawken was a beefy piece, weighing in at about 10 pounds.

During the height of the Mountain Man Era — call it 1808-1840 (only a small part of the broader North American Fur Trade) —  the primary Mountain Man rifle was pretty much the same rifle the Long Hunters carried across the Appalachians: some variant of the flintlock, Lancaster-style long rifle. By this time it was widely called the “Kentucky Rifle.”

Early Mountain Men like John Colter — who served on the Lewis & Clark Expedition — might well have carried the 1792 military contract rifle — essentially a G.I. Kentucky Rifle. (For years it was assumed that the Corps of Discovery Rifle was the 1803 Harpers Ferry, a half-stock military rifle. Experts are now pretty certain it was the 1792 Contract Rifle. See a detailed article here). The French-Shawnee George Drouillard, who served as hunter, scout and interpreter for the Corps of Discovery, seems to have carried his own civilian Kaintuck — but he was a civilian contractor, not an enlisted soldier as were most of the Corps of Discovery men.

The J.J. Henry rifle was a working man’s rifle, built in a couple of patterns — the English, which resembled an English military arm, and the Lancaster style. Henry Leman built a classic plains rifle, and Henry Deringer (of pocket pistol fame) also built sturdy rifles for the Fur Trade. (What’s with all these “Henrys”?).

The flintlock ignition system remained the dominant one for the period, with percussion rifles only making it on the scene in the late 1830s. The Mountain Men were not quick to adopt the new-fangled percussion lock, despite its superior reliability. They were used to their flinters and stuck with them until civilization had advanced far enough to provide a reliable source of percussion caps. Again, that classic Hawken (or Leman) percussion rifle is more of an 1840s Plains Rifle than a proper Mountain Man’s rifle of the golden age.

Leman Rifle by TVM. Percussion rifles like this started showing up in the late 1830s and weren’t widely adopted by the remaining Mountain Men until the 1840s. They would persist well into the era of the cartridge rifle. 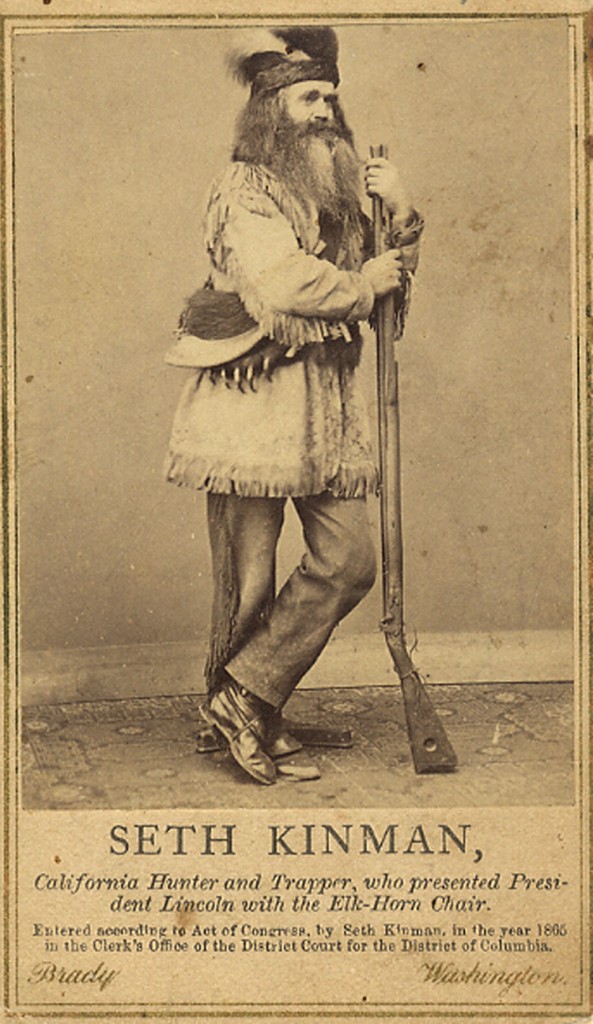 The picturesque California hunter and trapper Seth Kinman used a heavy long-rifle of a southern “poor boy” type well into the 1860s.  Kinman visited President Abraham Lincoln in Washington, D.C. in 1864. From True West Magazine: “After the nimrod presented the elkhorn chair he had made to President Lincoln, Honest Abe gave him a pull of Bourbon in the East Room of the White House. Kinman cradles the Kentucky rifle he called ‘Old Cottonblossom,’ which the President handled, saying, ‘Seth, that’s the kind of artillery I was raised on.'” The hole in the stock was for tallow to grease patches.

While the rifle might be the classic Mountain Man weapon-of-choice, he wouldn’t have turned up his nose at a smoothbore. Northwest Trade Guns were ubiquitous in the Fur Trade era — mostly going to Indians in exchange for furs, but many ending up in the hands of Mountain Men. There were also plenty of smoothbore military surplus muskets banging around. The long guns could readily be cut down to a length that could be easily handled horseback or in a canoe. A cut-down trade gun was an excellent choice for running buffalo on horseback.

The smoothbore is essentially a shotgun. At close range, a charge of buck and ball — one large ball packed together with a handful of smaller shot — was devastating.

Interestingly, the stills from the soon-to-be-released Mountain Man movie “The Revenant” show many of the characters using smoothbores. 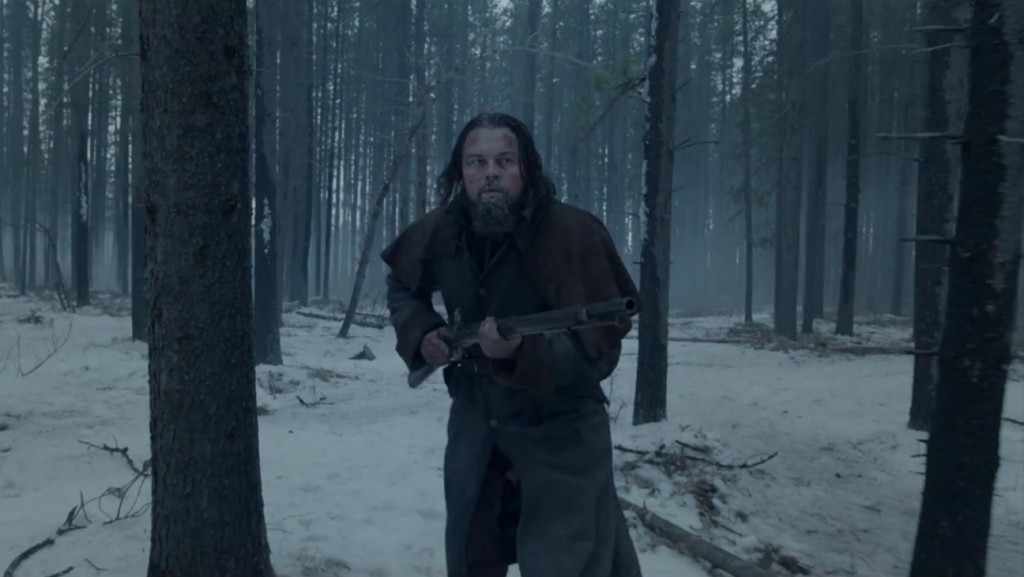 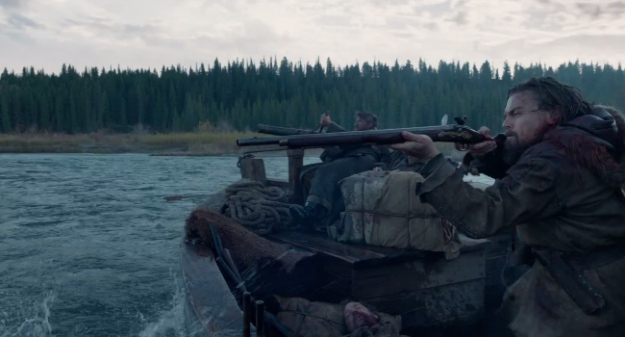 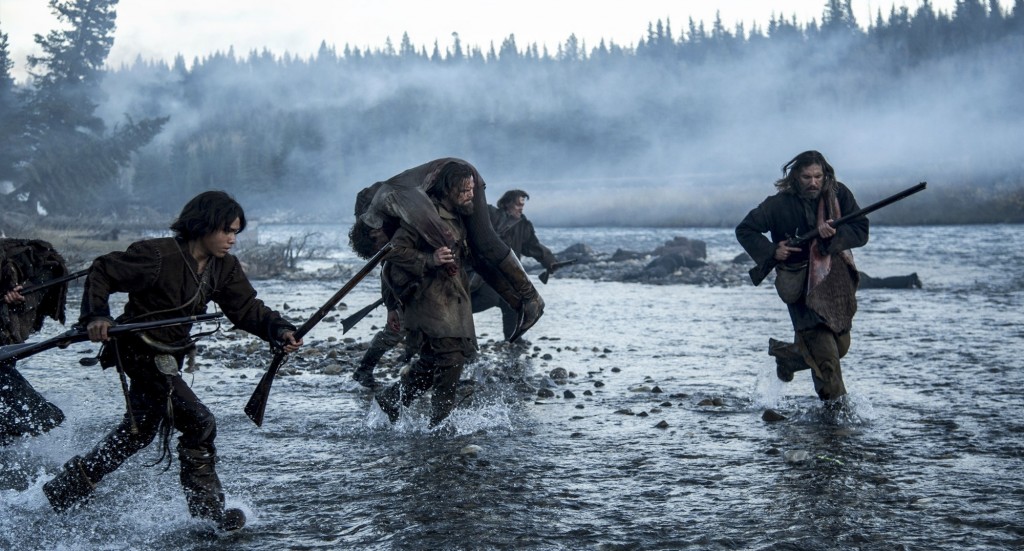 Rifles and smoothbores mixed among the Mountain Men of 1823.