Ralphus over at Flintlock & Tomahawk kicked up this video on Indian captivity on the 17th/18th Century North American frontier. It’s surprisingly strong. Much attention is paid to the captivity of James Smith, who was captured by the Delaware during the early part of the French and Indian War in western Pennsylvania. He was adopted by a Mohawk family, with whom he lived for a period of a little over three years before he departed and returned to his previous culture. He went on to become a remarkable frontiersman. His narrative is one of the most important ones of the era. Same goes for the captivity narrative of Mary Jemison, who, unlike Smith, remained with the Seneca who took her – and killed her family – all the rest of her days. 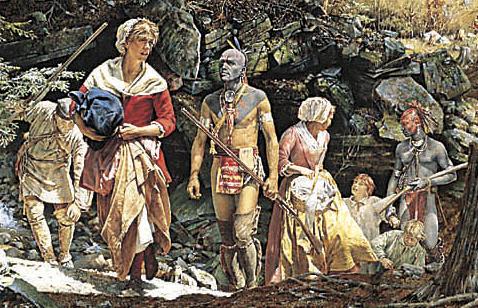 “The Taking of Mary Jemison,” by Robert W. Griffing.

As the documentary correctly points out, while the raids that led to capture of white settlers could be brutally violent, captivity itself was not. Rape was vanishingly rare among the tribes of the Eastern Frontier, and if a captive survived the initial raid and the flight back into “Indian Country,” he or she most likely would either be sold to the French or the British (depending on time period) or adopted into a tribe, or sold or traded to another tribe for adoption. The adopted were ritually cleansed of their previous life and welcomed into a family. The bonds of affection grew very tight, indeed, even for captives like Mary Jemison, who knew her adopted people had slain her family.

Many white captives either refused repatriation or, if they returned to their previous culture, they returned to Indian life after wearying of white society. The reverse, however, was almost never the case.

For an outstanding novel that deals accurately and compellingly with captivity on the Eastern North American Frontier, read James Houston’s “Ghost Fox,” set in new England on the Abenaki  frontier during the French & Indian War and told from the point of view of a 17-year-old girl taken in a brutal raid, who comes to adapt to the way of life of her captors. Our friend Lane Batot gives this tale his highest recommendation — for good reason. I’m reading it now and it is first rate — earthy, gritty, very human, and authentic. 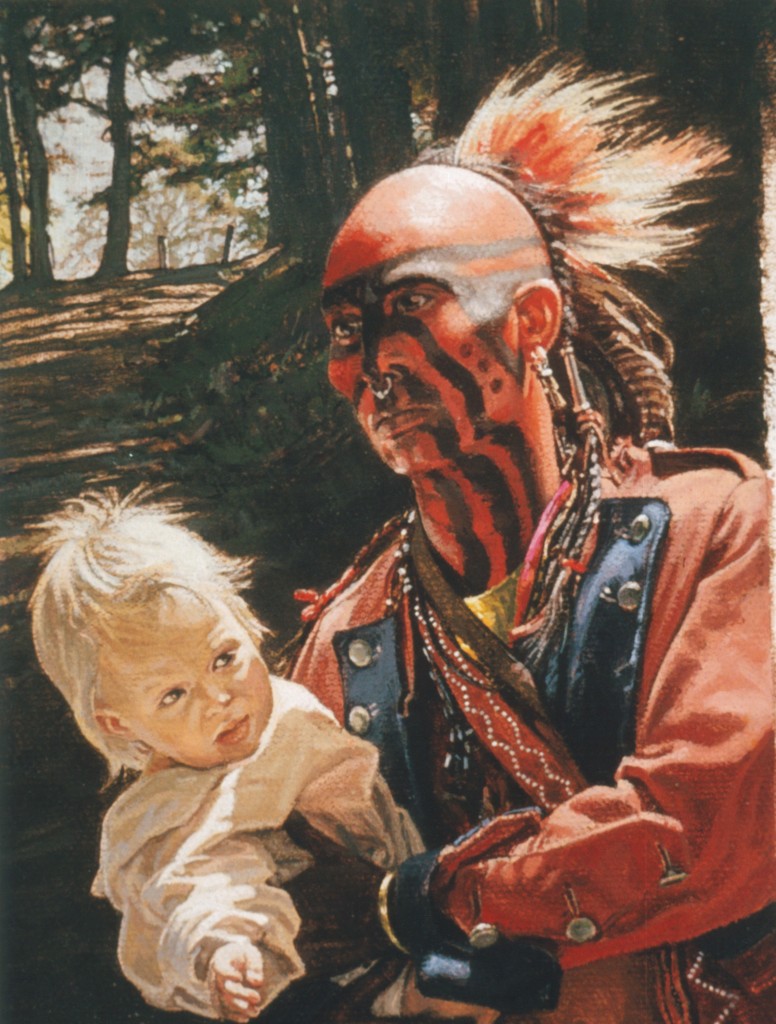 “The Prize” by John Buxton.