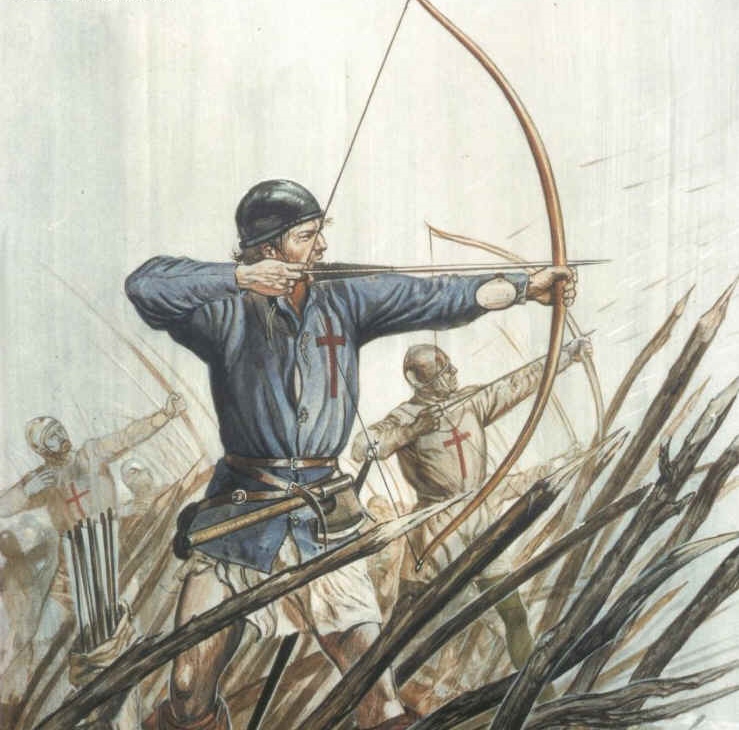 The classic frontiersman’s weapon is the rifle. From Daniel Boone’s flintlock “Ticklicker” to Al Sieber’s Winchester, Geronimo’s Springfield Trapdoor to the deadly Mausers of Boer commando fighters, from Liver-Eatin’ Johnson’s Hawken to Chris Kyle’s .300 Win. Mag on a Remington 700 action, the ability of hunters-turned-warriors to deliver accurate fire from long range is the key tactical characteristic of the Frontier Partisan.

For the proto-frontier partisans of the medieval era, the weapon of choice was the warbow. The bow was the national weapon of England and Wales, and legends abound of its effective against armored knights in the battles of Crecy and Agincourt. Interestingly, the archers used armor-piercing “ammunition” — purpose-built arrowheads designed and crafted to penetrate mail and plate.

When the Welsh fought for independence against the English King Edward I, they plied their warbows in classic frontier partisan warfare — raid and ambush in rugged terrain of wood and mountain, employing stealth and fieldcraft to great effect.

Shooting the warbow is a remarkable physical feat. The draw weight is often in the range of 150 pounds. That requires a great deal of strength, obviously, but also demands good technique, involving the whole body. Remains of archers of the medieval era show asymmetrical bone development due to the extraordinary demands of mastering their weapon. An elite archer started young and shot continuously to develop both the physical capacity and the technique to ply his weapon.

In honor of the premier of “The Bastard Executioner,” set in that turbulent time and place, here is a feature on a couple of guys working on that series, guys whose passion for the warbow is evident. Their enthusiasm makes my heart sing…