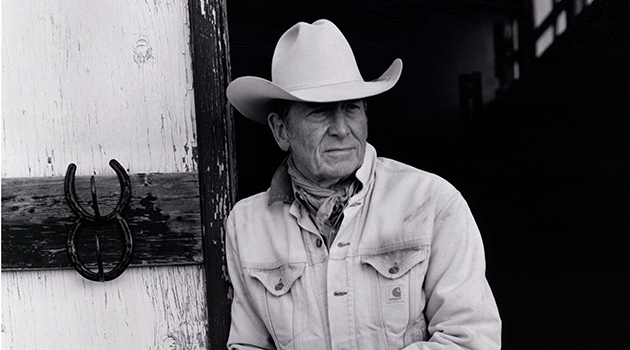 The Sisters Folk Festival marks its 20th anniversary this weekend. I’ve been involved from the beginning, and it’s sure a pleasure to see what the young colt has become.

Thought this an opportune moment to tip the hat to Ian Tyson, who has graced the stage at the festival twice. For my money, Ian Tyson is a North American treasure. There is no finer chronicler of the passing West. The aching love he has for the landscape, the animals and the people rises out of his songs on a voice as smooth as the silk of a fine wild rag.

He’s got a reputation as a cantankerous, orn’ry bastard, but each time I’ve met him he’s been a perfect gentleman. He doesn’t have any patience for fools or bad sound, but we ain’t fools and we’ve always made quality sound a priority, so … no problems. He’s 82 and just put out a new album of original material. I hope to be kickin’ as hard as Ian Tyson is when I hit that age.

No Depression magazine has worthwhile features on here and here. I’ll skip the biographical details, which can be found on his website and share some of my personal favorites from an enormous catalog of great songs.

Summer Wages: An old one from the days of the folk duo Ian & Sylvia back in the ’60s. This version is from his seminal 1986 “Cowboyography” album, which sorta started the “Cowboy Culture” phenomenon. I just love the tale of a young man working in the woods and blowing it all in on beer and women.

Navajo Rug: A co-write with Tom Russell. My band does this one. You don’t find things that last anymore like a double-woven Navajo…

Claude Dallas: Another Tyson/Russell co-write about the buckaroo and trapper who killed two game wardens in the Owyhee Country along the Idaho/Nevada line back in the 1980s. That’s a hell of a tale that I should take up one day.

The Gift: My favorite Ian Tyson song — a tribute to the cowboy artist Charlie Russell.

MC Horses: Another favorite — about the breakup and sale of the great remuda of the MC Ranch in Eastern Oregon. I’ve been through this lonely, beautiful country.