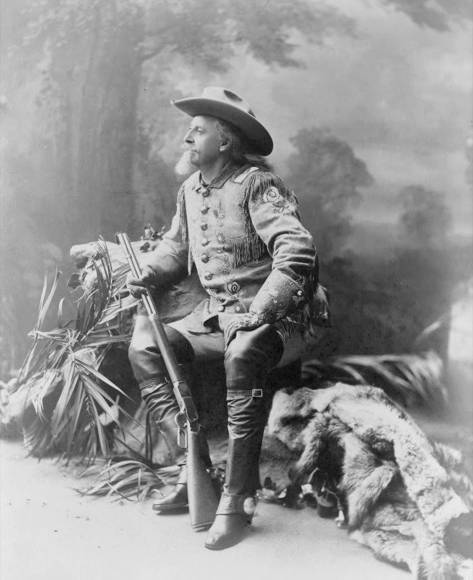 Apparently there’s a bit of a feud between Colorado and Wyoming about the presence — or not — of the famous Wild West scout and showman’s remains.

From the L.A. Times (click here for full story):

Steve Friesen knows he can count on three things in life: death, taxes and the fact that William F. “Buffalo Bill” Cody is buried here, high atop Lookout Mountain with commanding views of the Rocky Mountain foothills and vast Western plains that stretch toward the sunrise.

Friesen, director of the Buffalo Bill Museum and Grave, is a Cody biographer who’s done his research. He’s consulted the records and examined photographs of the day the famous Indian scout, hunter and dapper showman was laid to rest in 1917 amid public grieving and fanfare.

About 500 miles away, in Cody, Wyo., conspiracy theorists insist the body of this frontier celebrity is buried somewhere atop Cedar Mountain, outside the town he founded.

Don’t get to shootin’, boys…