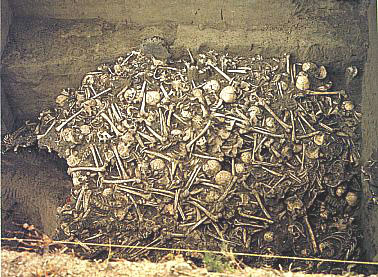 ” Clark, who led last year’s expedition to the Afar region of northern Ethiopia, and UC Berkeley colleague Tim D. White, also said that a re-examination of a 300,000-year-old fossil skull found in the same region earlier shows evidence of having been scalped “

I went to college at UC Santa Cruz, a bastion of lefty cultural Marxists who blamed all of the ills of the world on “Elite White Males.” My Native American History classes often degenerated into exercises in victimology, based upon the belief that native societies were generally peaceful and lived in ecological harmony with Mother Earth. Warfare was more totemic and ritualistic than murderous. It was the coming of the white man that disrupted that Edenic life and introduced large-scale violence into the equation.

That’s a pernicious myth and I called bullshit loudly and frequently — and was as popular as a fart in church.

I disdain history that is run out either as triumphalist national narrative OR victimology. I operate on the fundamental principle that humankind is mad, bad and dangerous to know no matter the where or when.

Evidence of this can be found in the Crow Creek Massacre. It occurred c. 1325 in what is now South Dakota. At that time, the native peoples of that area were sedentary agriculturalists. They may have been under stress from recurrent drought. One group conducted a mass raid on another people’s fortified village, broke in and perpetrated a massacre. The survivors crept back and buried their people in a mass grave that, centuries later, turned up some 500 bodies of men, women and children.

There was ample evidence of wounds, “butchering marks” and scalping. One man had apparently been scalped previously and survived, his skull showing signs of healing.

There’s an in-depth Smithsonian article here. Props to the Robert E. Howard forums for kicking this article up. 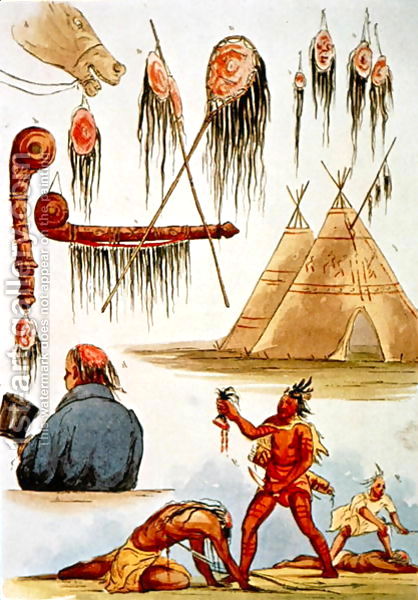 George Catlin found a culture of Indian-on-Indian violence in full flow in the early 19th Century. Mankind is a killer angel.