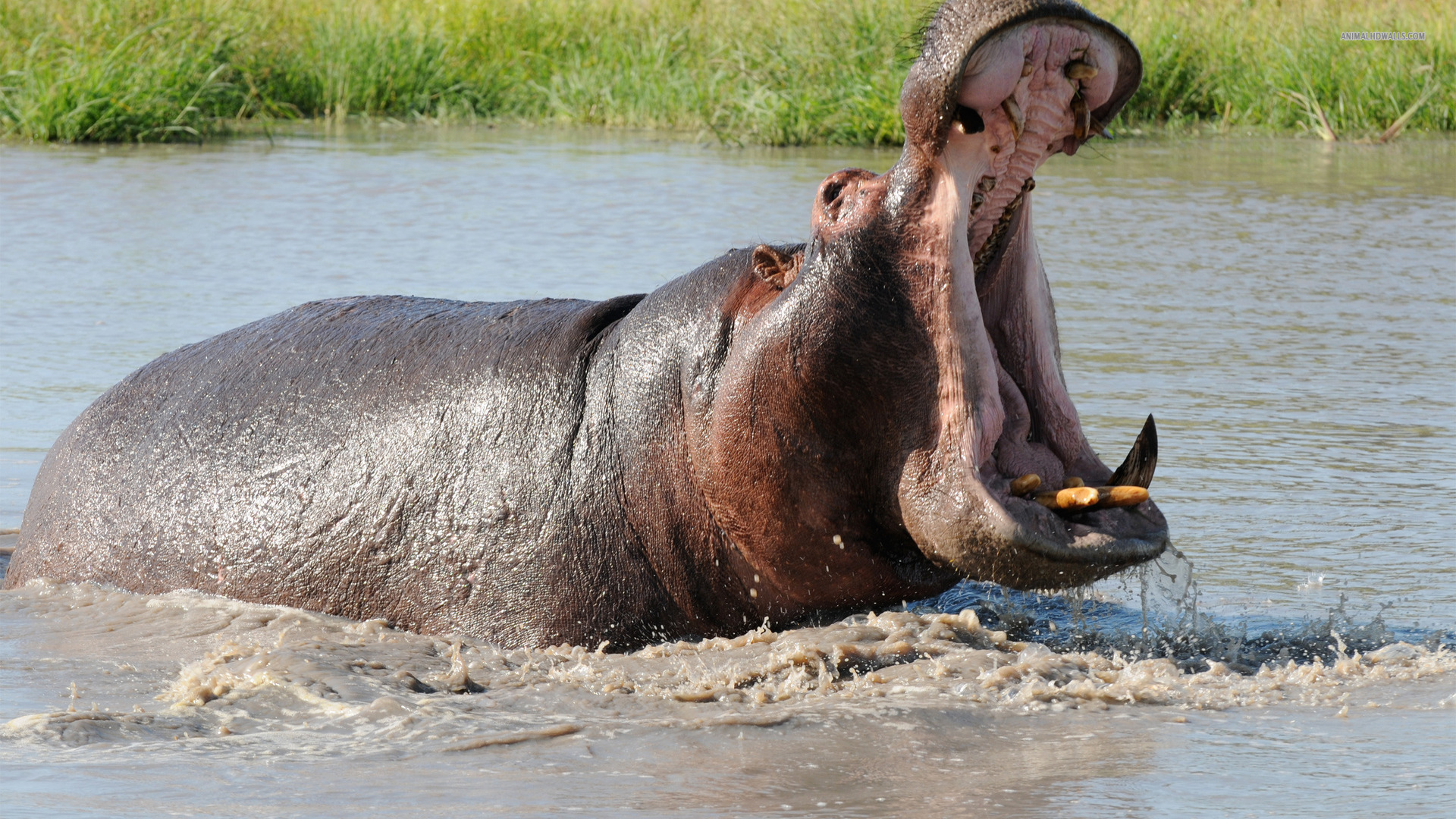 Coulda been Louisiana meat on the hoof…

It’s 1910. America is facing a meat shortage. The population is growing faster than the beef-producing industry can keep up, and folks are getting worried. Two Frontier Partisans — one the greatest scout of his age, the other a black-souled nihilist with a grudge against the British Empire — are working on the problem and they have a radical solution:

Import the African Hippopotamus and establish them in the swamps and bayous of Louisiana. That’s right, Deep South Hippo Ranching was to become the solution to the Meat Question in America. They had the backing of Louisiana Congressman Robert Broussard — who hoped the hippos would also eliminate invasive water hyacinth — and there was a Congressional hearing on the matter. Our Frontier Partisans — both experienced hunters of African game — were expert witnesses.

“Whiskey Tango Foxtrot?” you say. Yeah, me, too.

Apparently this strange and delightful tale is to become a movie, based upon a long-form magazine piece by Jon Mooallem for the online publication The Atavist. You can read the whole thing here. It’s a fine piece of work. 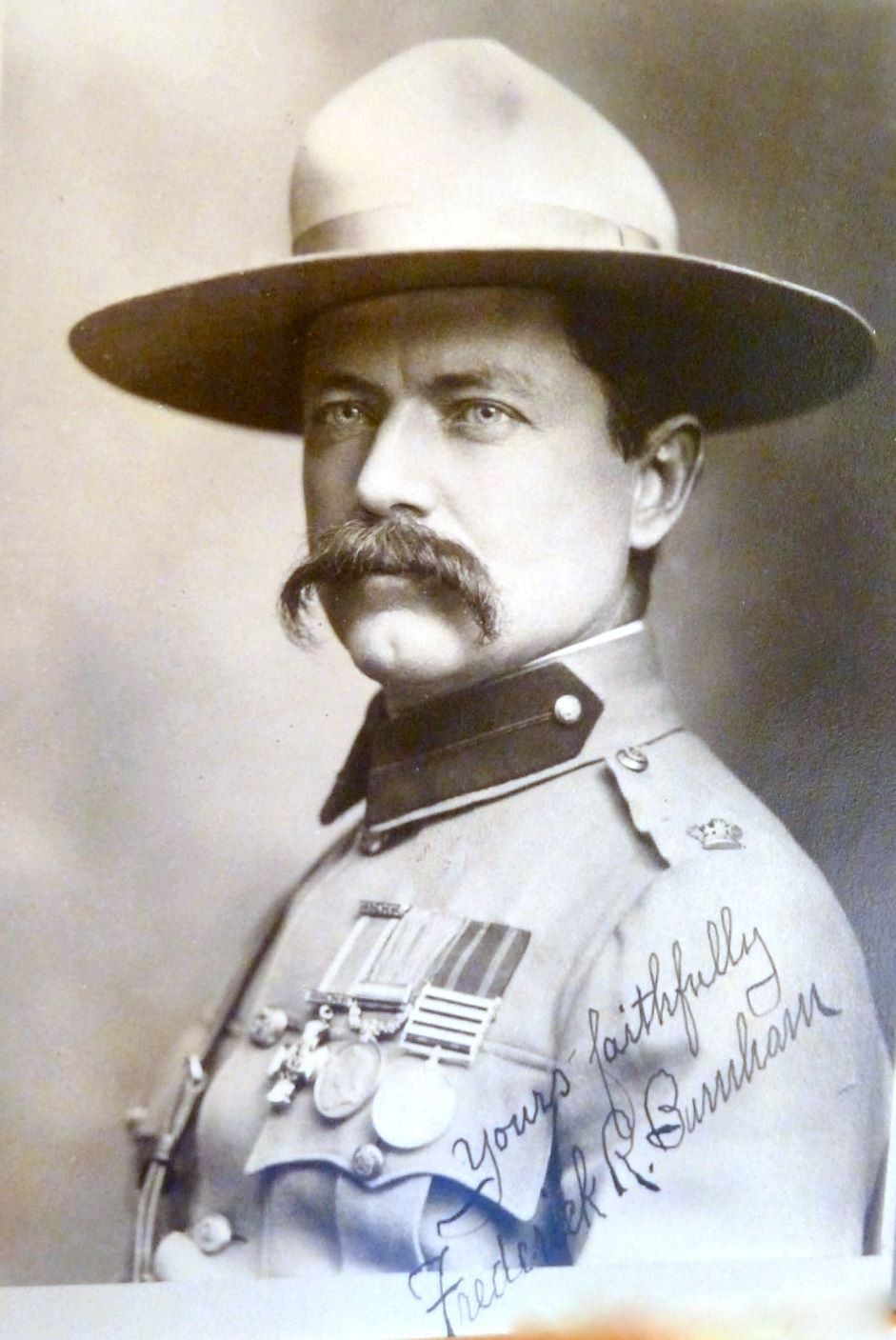 Burnham was a partisan in the terrible Pleasant Valley War in Arizona — the West’s deadliest feud and range war. He would go on to participate in the conquest of Rhodesia, narrowly evading death at the hands of the Matabele in the 1893 war and contributing to the suppression of the Matabele Rebellion of 1896 with the controversial targeted killing of a rebel spiritual leader. He would serve as Chief of Scouts under Lord Roberts in the Anglo-Boer War and served as a model for Lord Robert Baden-Powell in the creation of the Boy Scouts.

Baden-Powell’s sketch of Burnham horseback in Rhodesia graces the header of this blog. FRB is one of the Frontier Partisans profiled in my forthcoming book.

The other was a foe of Burnham’s during the Boer War, a Boer scout known as Fritz Duquesne. 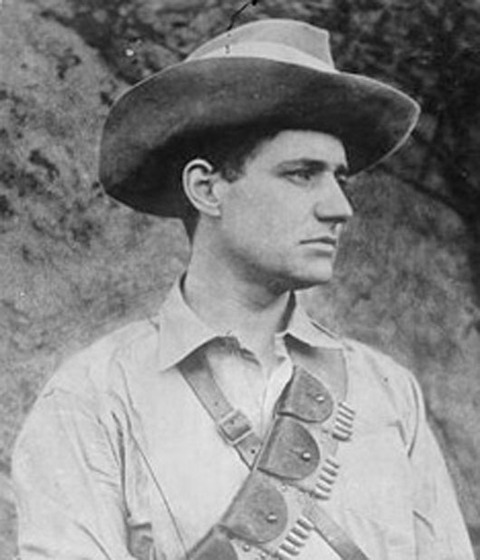 Known as “The Black Panther,” Duquesne was a dark figure, filled with hatred for the British Empire due to his family’s alleged mistreatment at the hands of Imperial soldiers during the war. I say “alleged” because it’s hard to know how much truth there is to the horror stories Duquesne told of his father’s death and his sister’s rape and murder and his mother’s death in a concentration camp. The man was a con man and an inveterate liar.

Duquesne certainly hated the British all his life, as did many Boer bitter-enders. Something terrible doubtless happened to his family — many Boers suffered terribly, after all. But anything Duquesne claimed has to be taken with a whole shaker of salt.

How he came to be working on this strange project with a man he had once hoped to track down and “split with a bullet” is one of the mysteries explored in Mooallem’s “American Hippopotamus.”

Burnham seemed to have a soft spot for The Black Panther and seemingly hoped to reform him into a good, productive American. Duquesne, like many sociopaths, had a lot of charm. He was also devastatingly handsome and the ladies found him, in his many guises, profoundly alluring. The FBI would later refer to him as a “sexual pervert,” but that’s probably just a reflection of the fact that he got a lot of action.

Duquesne was a saboteur for the Germans in World War I and certainly had some success blowing up shipping with bombs smuggled aboard cargo ships in the U.S. and in South America. True to form Duquesne, operating under multiple identities, exaggerated his exploits, claiming credit for assassinating Lord Kitchener, the British Secretary of State for War, in 1916. Bullshit, of course. Kitchener was killed when his ship hit a mine enroute to Russia for a Entente conference — it wasn’t sabotage by The Black Panther.

Duquesne’s trail ran out in World War II, when he was rounded up as part of a Nazi German spy ring in Manhattan, in what is still the largest espionage case the FBI ever cracked.

Burnham, who profiled Duquesne in his book “Taking Chances,” wrote: “His doom fills me with sadness.” For Burnham, Duquesne was a capable, daring fellow, a fellow Frontier Partisan, brought down and consumed but the kind of extreme hatred that Burnham saw pervading the world in his final years — and which continues to plague us to this day.

The Burnham/Duquesne story will make a great movie if it ever gets made. Meantime, read the piece in The Atavist. It’s a strange and wonderful story. Towards the end of the piece, Mooallem offers up a passage that I find surprisingly poignant:

I’m not arguing that America would be a better or more beautiful place if it had imported hippopotamuses in 1910. But there is something beautiful about the America that considered importing them—an America so intent on facing down its problems, and solving them, that even an idea like this could get a fair hearing; where the political system and the culture felt so alive with possibility, and so confident in its own virtue and ingenuity, that elected officials could sit around and contemplate the merits of hippo ranching without worrying too much about how it sounded; where people felt free and bold enough to imagine putting hippopotamuses in places where there were no hippopotamuses.

Somewhere along the way, our politics, and maybe our psyches, too, became stunted by a certain insecurity—by the fear that someone is quietly sneering at us, just waiting to skewer and betray us if we take a bold chance. Who knows how we became so guarded. And maybe it’s naive to think that we weren’t back then. But the fact is, Robert Broussard’s bill did exist. It was discussed and debated. There was a window when anything was possible. Then the window closed. In retrospect, it’s hard to even pinpoint a moment when America said no to hippopotamuses. There were just too many moments when it failed to say yes.