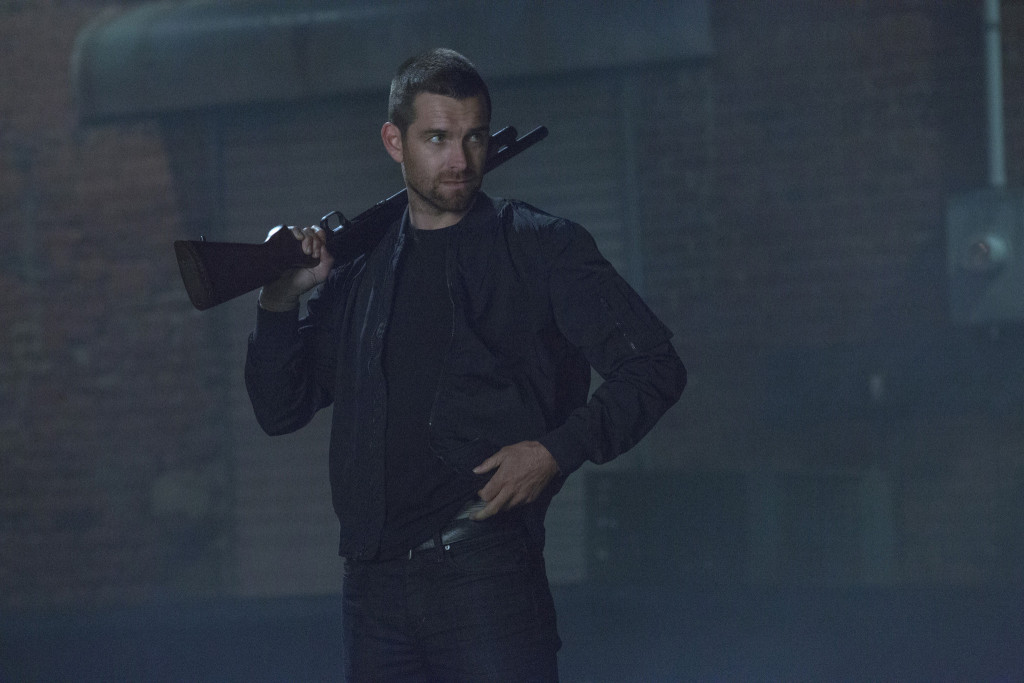 My girls have gone off on adventures on the road, one to Tucson on business and one to Tahoe and points south for a spring break trip. I’m left with the dog to mind the fort. So I’m doing what any red-blooded shitkicker would do: I’m eating lots of beef, cleaning the guns, playing the guitar and binge-watching Cinemax’s Banshee.

The deep nighttime hours are devoted to this propulsive, addictive pulp crime story. Some people say that “Banshee” is over-the-top. Hell, that’s not even close. It’s downright lurid. It makes “Sons of Anarchy” look restrained.

But dammit, it works. As more than one critic has noted, Banshee is way better than it needs to be.

And it’s Frontier Partisan all the way. Lone badass rolls into a corrupt small town in rural America. Mayhem ensues. It’s got Indians (Russell Means in his last role, for one) — and they are becoming more and more prominent.

Banshee, like any good pulp tale, requires a generous dollop of willing suspension of disbelief. If you can accept that it takes place in a mythic Pulp World, where mayhem is an everyday occurrence, where men (and not a few of the women) are badasses, where all the women are beautiful and sexually confident, you’ll enjoy the ride. If not… well, never mind.

Just remember, Beowulf was the OG of pulp tales…

A man walks out of prison after doing 15 years for a diamond heist gone bad (to the tune of “A Fifth of Whiskey and a Bowie Knife”; first scene, I’m hooked). He immediately seeks out his partner in crime and former lover, Anastasia, daughter of a Ukrainian gangster named Mr. Rabbit. Problem is, Anastasia has a new life — she’s Carrie Hopewell and she lives in Banshee County, PA. She wants nothing to do with our ex-con and just wants him to leave town before he blows her cover — and brings down the wrath of Mr. Rabbit, whom they both betrayed.

The civic-minded folks of Banshee are trying to throw off the yoke of a renegade Amish crime lord named Kai Proctor, who has thus far evaded justice, partly by corrupting local law enforcement. The mayor has hired — sight-unseen — a new sheriff named Lucas Hood. But before he can take the job, Hood is gunned down in the robbery of a roadside bar.

Our ex-con is a witness, and, seizes on an opportunity to stay in Banshee and win back his lost love (and the diamonds he believes she has stashed). He assumes Hood’s identity. 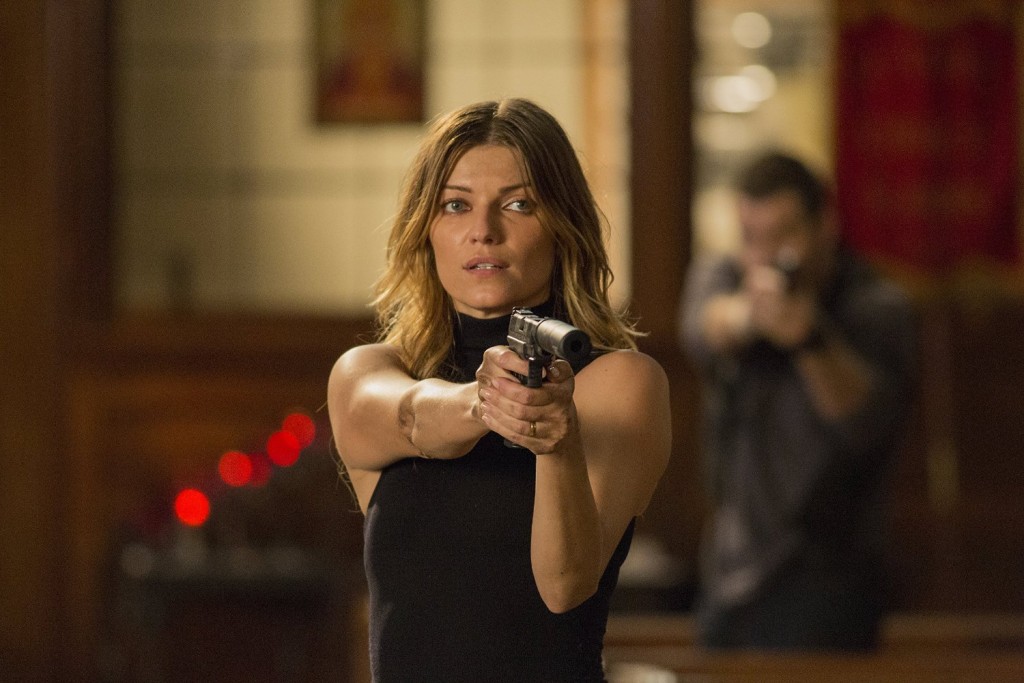 Carrie Hopewell is having a hard time maintaining her new identity…

Just roll with it. It’s worth it…

Banshee strums many of the fundamental chords of the American Myth: The superiority of rough justice over ineffectual law; the “good” outlaw. If it sounds like a twisted kind of Western, it is. Hell, “Hood” is literally The Man With No Name.

In an extended Season 1 prison flashback, Hood (or whatever his real name is; we still don’t know) confronts a prison king who has been bought by Mr. Rabbit to make the imprisoned thief’s life a living hell. The dude is a massive albino who bears a striking resemblance to the White Orc in the film version of The Hobbit. Except this orc is fixated on forcing The Man With No Name to willingly blow him, breaking him, forcing him to be his bitch. Epic showdown on the cellblock. 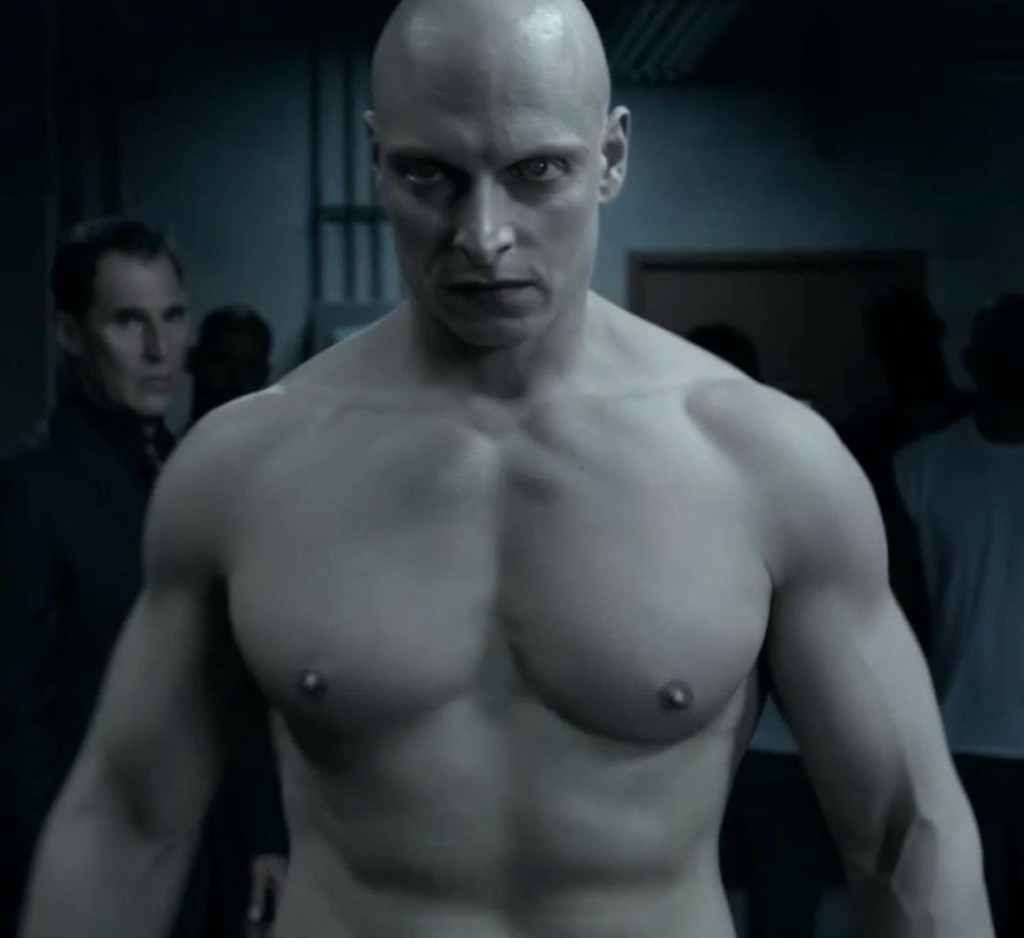 In Season 2, the mythic beast is Chayton Littlestone, a seriously badass Kinaho tribesman who operates a reservation gang. He’s bad and he’s dangerous — but he’s also sympathetic. He’s not just a massive tattooed menace, he’s an articulate and fierce defender of what he considers to be the purity of his people — a radical warrior still fighting the native resistance to colonization. He’s an extraordinarily compelling presence. 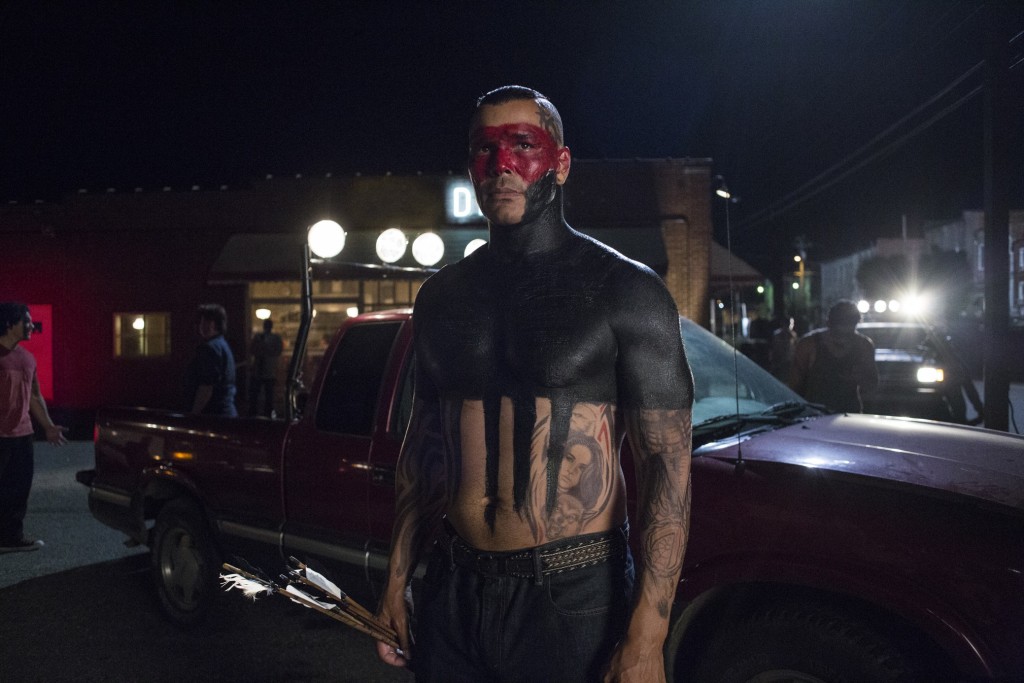 Chayton Littlestone. The Way of the Warrior.

Yes, it’s all quite lurid. Who does this sort of thing? Well, Cormac McCarthy, for one. Remember The Judge? That freak Anton Chigurh from “No Country For Old Men”? You see my point. I’m not comparing Banshee to Blood Meridian, but they’re kin. They stalk a similar mythic landscape.

There’s a lot of fighting in Banshee. A bit of gunplay but a lot of hand-to-hand action, and it’s graphic and bloody. Folks cite Tarantino as an obvious influence, but I think the filmmakers have actually gone back to Tarantino’s own inspiration, Sam Peckinpah, that great, bloody-minded American mythmaker. There’s a real ugly beauty to the many intricate, brutal fight scenes, which, BTW, show how deeply Mixed Martial Arts has penetrated the culture.

There’s also a LOT of sex. That, too, is graphic. The women of Banshee are beautiful and sexually assertive … and… so very dangerous. And they seem irresistibly drawn to Hood — which, I’m told by some lady-folks (you know who you are), is mere realism. Hah! 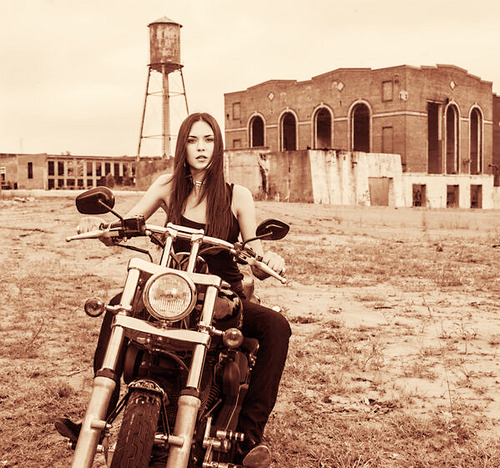 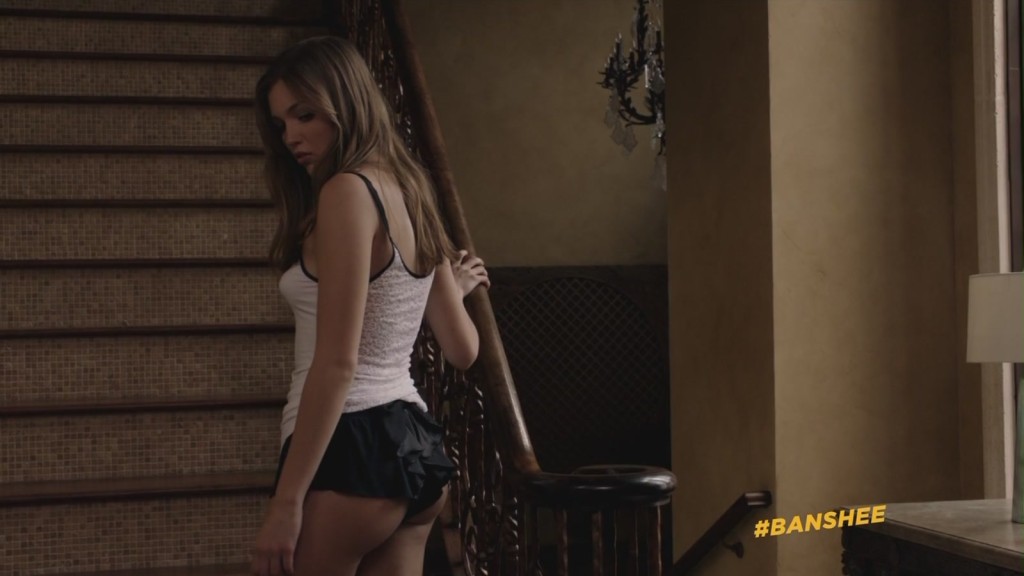 Poor Rebecca just didn’t fit in in her pious Amish family. But why? 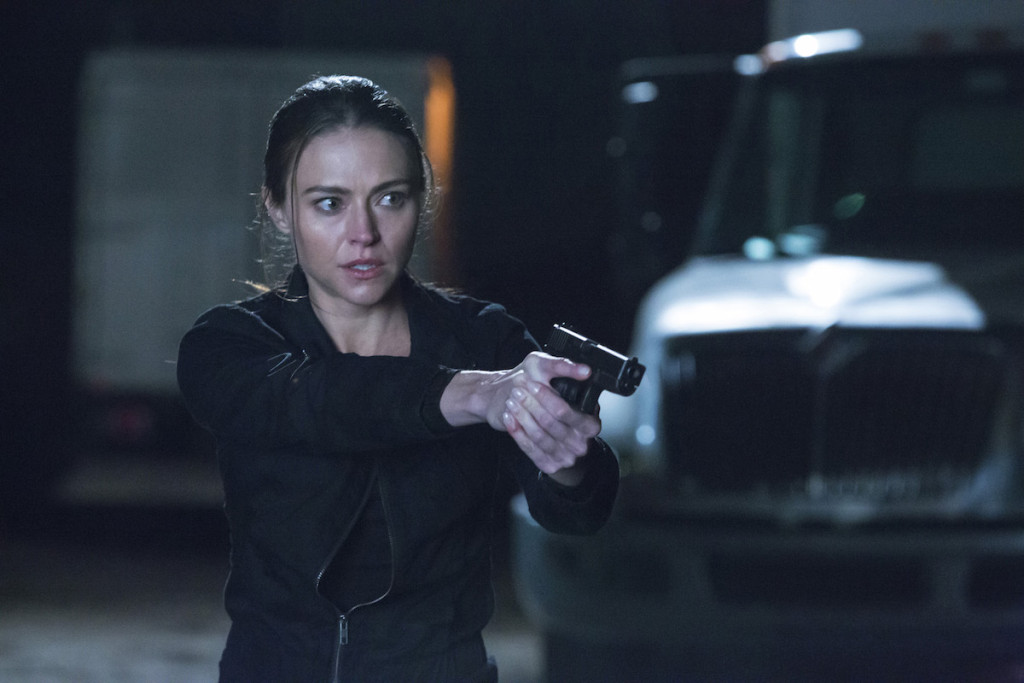 I’ve mentioned before that my dear mother despaired of my penchant for people and stories that “have no redeeming social value.”

Character is fate, y’ know… I just love this crazy shit — it’s a mad modern folk tale that offers a strange, new and twisted take on the Frontier Partisan tropes and themes that I’ve chased since childhood. Sorry mom.