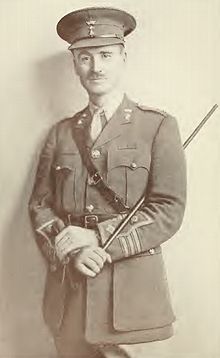 John Henry Patterson lived one hell of an interesting life. He is remembered today as the hunter who killed the man-eating lions of Tsavo, an exploit he immortalized in a book, “The Man-Eaters of Tsavo,” and which modern audiences know from the excellent (but Hollywood-ized) movie “The Ghost and The Darkness.”

Less well-known, are his exploits as a Frontier Partisan in the First World War, where he served in Palestine. Let the BBC tell the tale (click this link for full story and video):

The ashes of a British World War One veteran who became a Jewish hero are to be reburied after a state funeral in Israel.

Born in 1867, John Henry Patterson made his name as a lion-hunter in Africa and served in the cavalry in the Boer War.

He gained hero status in Israel for leading Jewish fighters during WW1, becoming a passionate Zionist.

The Israeli Prime Minister, Benjamin Netanyahu, is attending the event.

He told the BBC that his older brother, Yonathan, was named in honour of John Henry Patterson.

Before commanding Jewish soldiers, Patterson was a big-game hunter in Africa

For his role in WW1, Patterson is credited as being the first commander to lead Jewish forces on to the field of battle for two millennia, making him an important figure in the history of Zionism.

Mr. Netanyahu said the Jewish Legion, which Patterson commanded, was the basis for what became the Israel Defense Forces.

In his later years, Patterson worked for the creation of a Jewish state. He died in 1947.

It was his wish to be interred alongside other Jewish Legion fighters. 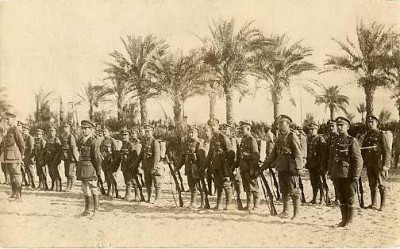 There was some darkness in Patterson’s story — including a scandal involving a married woman and the death of her husband while out with Patterson on safari in the Northern Frontier District of Kenya. That incident was likely an inspiration for Ernest Hemingway’s short story “The Short, Happy Life of Francis Macomber.” 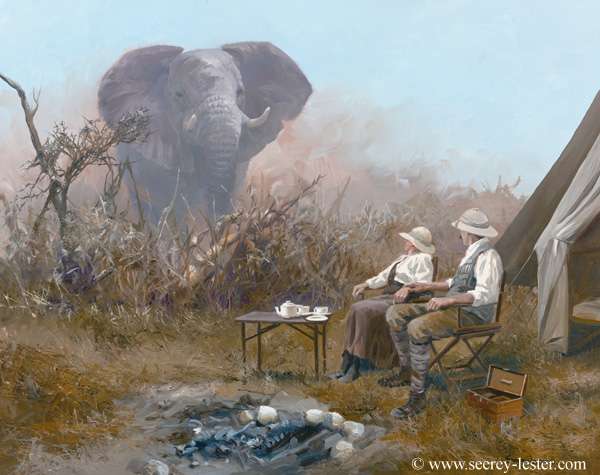 The year is 1908: the man is John Henry Patterson, who became famous through his own story of bravery: “The Man-Eaters of Tsavo”. The woman is Ethel Jane Brunner Blyth, recent widow of James Audley Blyth, the son of Lord Blyth and one of the heirs to the Gilbey Liquor fortune. In fact she is a very recent widow, under suspicious circumstances… (Read the full description here).