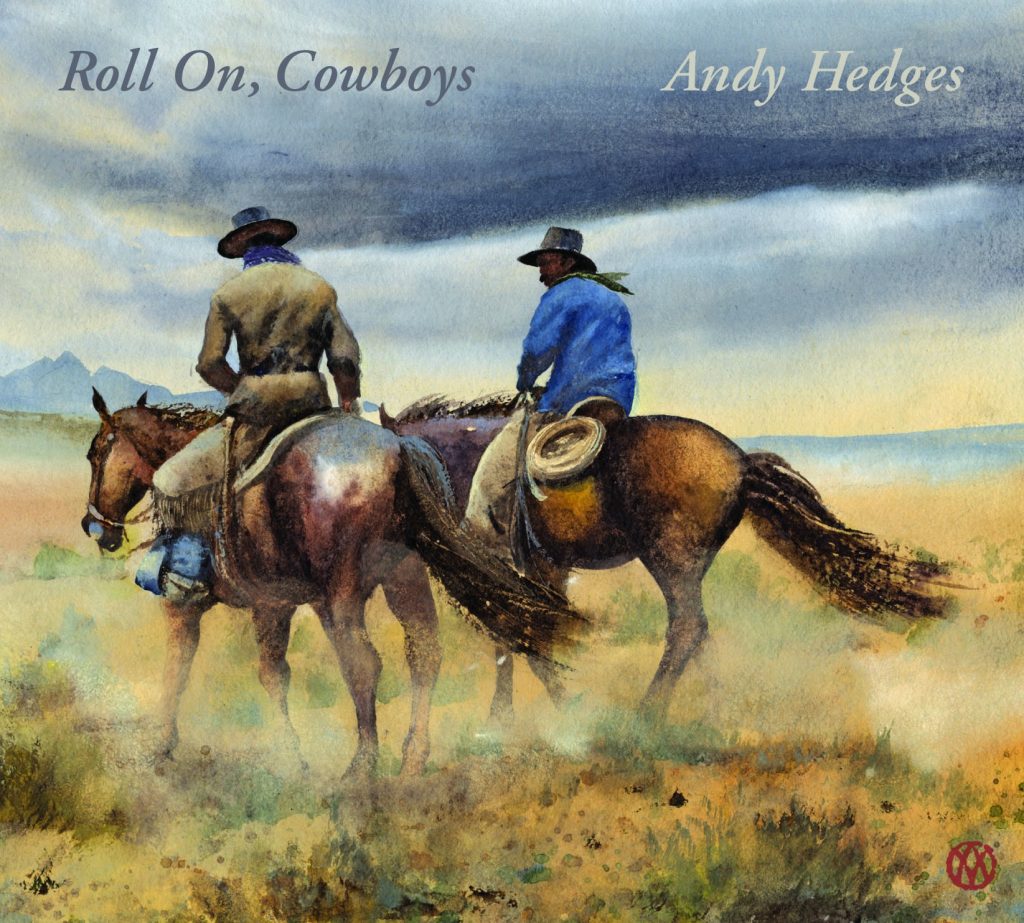 Andy Hedges has one of the best job descriptions around. He calls himself a Cowboy Songster.

The “songster” tradition dates back to the late 19th Century and early 20th Century, sort of a “modern” iteration of the minstrel trade. Black and White musicians alike shared a repertoire of story songs and ballads like Frankie & Johnny. The songster tradition is one of the roots of the blues.

Hedges, who mans the estimable Cowboy Crossroads podcast, is, in modern parlance, a culture-bearer of cowboy culture. And next month he’s delivering his magnum opus:

For over a year now, I’ve been working on the biggest project of my career. I’ve traveled to studios across the country to sit face to face with my friends, mentors, and heroes to record a double album of cowboy duets.

He’s releasing it as a CD as well as digitally, and I’m thinking the CD is the way to go:

Cover art and design by William Matthews. The double CD package includes 22 tracks and a 28 page booklet with an essay by Andy Wilkinson, notes on the songs, and quotes from the guest artists from Cowboy Crossroads interviews. CDs will ship in early February. Digital release on February 24.

Matthews is one of the premier artists of the Cowboy Renaissance that started in the 1980s at the time Ian Tyson released his landmark album Cowboyography. His work is soul-stirring.

That’s quite an outfit to ride with.

You can pre-order the CD at https://andyhedges.com/store.