The phenomenon of people taking on identities that don’t belong to them fascinates and repels me. My skin crawls at the level of anxiety that must be produced by living so inauthentically. But maybe people who do this are so tweaked in head and heart that they come to believe their own bullshit. 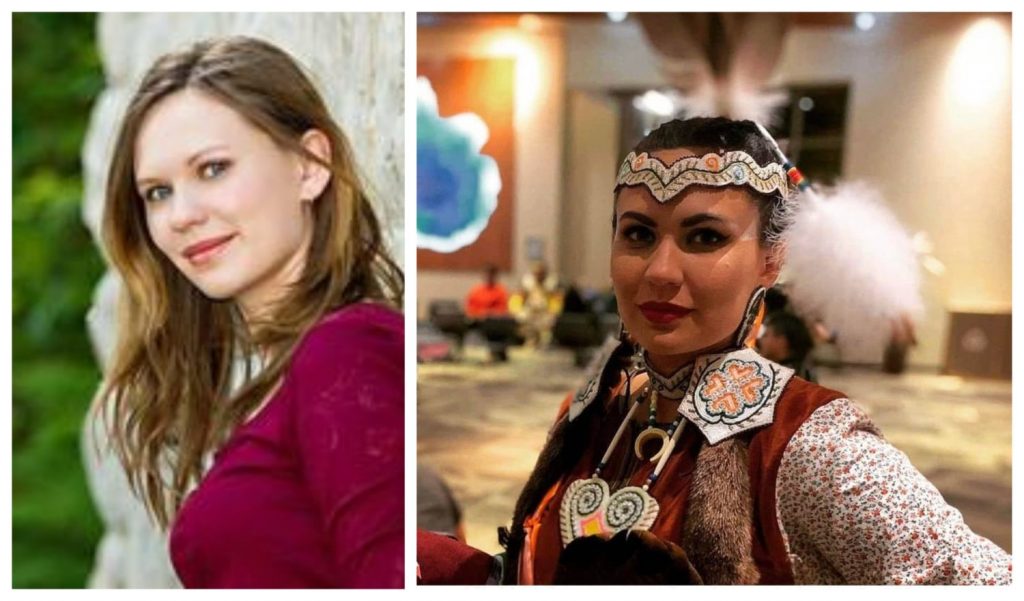 The co-owner of a queer Indigenous artists’ collective in Wisconsin is facing accusations of being white after claiming to hold Native American heritage, according to a report.

Kay LeClaire, who identifies as non-binary, allegedly faked their indigenous heritage and used the front to make money, according to a local outlet.

LeClaire was accused in an online forum of actually being white after claiming since 2017 they were of Metis, Oneida, Anishinaabe, Haudenosaunee, Cuban and Jewish heritage, Madison 365 reported on Tuesday.

LeClaire, also a founding member of the collective and emerging leader in the Madison Indigenous arts community, earned artist stipends, a paid residency at the University of Wisconsin, speaking gigs, and art exhibitions with the help of their Native American claim.

But LeClaire, who went by the Native American name nibiiwakamigkwe, was allegedly exposed after a hobbyist genealogist posted evidence of LeClair’s real genealogy on an online forum, Madison 365 reported. The online forum user, AdvancedSmite, told Madison 365 that questions about LeClaire’s claims led to some digging.

LeClaire has apologized and promised to be better. I suspect that she’ll somehow come around to a conclusion that she’s a victim of … something.

“Moving forward, my efforts will be towards reducing harm by following the directions provided by Native community members and community-specified proxies. Currently, this means that I am not using the Ojibwe name given to me and am removing myself from all community spaces, positions, projects, and grants and will not seek new ones.”

The “Pretendian” phenomenon is a real problem, apparently. From Madison365:

AdvancedSmite, the New Age Fraud Forum user who uncovered the deception, said the appropriation of Native identity is a larger issue than any one person.

They noted that the self-identified Native American population grew by 85% between the 2010 and 2020 census, from just over five million to well over nine million.

“That’s not population growth,” they said. “It’s a major issue. The government needs to ask if you are an enrolled member of a federally recognized tribe.

“You can’t assume … that Kay LeClaire is an isolated incident … the pretendian problem is a long term, strategic issue,” they wrote in a later email to Madison365, adding that people who falsely claim Indigenous heritage are then passing that false claim on to their children, who may unwittingly accept it, perpetuating a falsehood through generations. “It’s a fight for our future and identity.”

Again, this is something I struggle to understand. My experience has been that cultures and sub-cultures can be very welcoming to someone who is drawn to them, who has an interest but makes no claims beyond that. I guess maybe I’m fortunate that my psychological makeup doesn’t crave a sense of belonging. I’ve always been completely comfortable being in but not of different groups of folks, and I’ve never put too much stock in “blood” heritage as a mark of status.  I guess I’ve always just believed that the best thing go be is the best possible version of who you actually are…