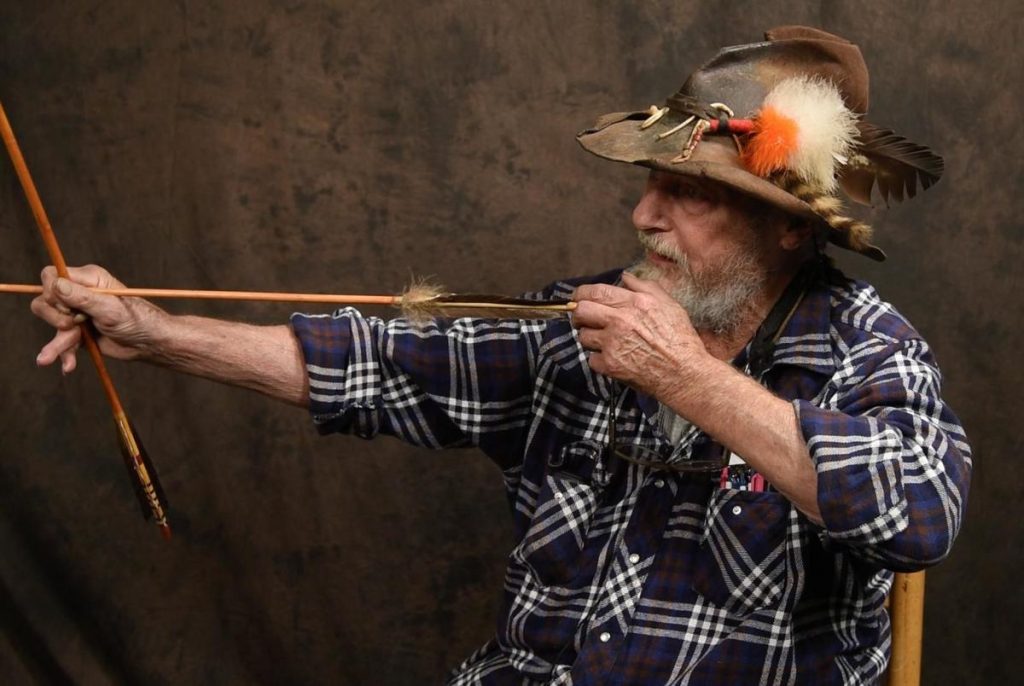 Took in Blood, Bone & Stone with my morning coffee: It’s worthy of your time.

When a spirit visited the bedroom of eight-year-old boy Jack McKey and carried him to a mountaintop at the end of the world, the young man’s life veered toward primitivism. He later discovered hidden skills inside himself for making birch bark canoes and sheep horn bows. Ultimately, it would drive him to a life in the wilderness and the most devastating decision of his life — to leave his young son behind.

​“Blood, Bone and Stone” tells the story of McKey’s journey from his adoption into a privileged family in South Georgia to his life as a mountain man in Alaska and the Pacific Northwest. His friends call him a man born out of time. He has hunted bison with a hand-made sheep horn bow — and he is one only a handful of people who can make such a weapon. But he also crafts incredible horse lances, stone knives and war clubs in the styles of ancient North America natives.

​The film follows McKey as he eventually reunites with his son, nearly 40 years after leaving him behind. And it follows the two as they travel to Chief Mountain, the site in Montana where the spirit carried McKey as a child and prophesied that the world would end if he set foot there again.

I’ve known a few people like Jack McKey, and I subscribe to the belief that they are tapped into something outside the ordinary. They are men for whom the lines between reality, mystical experience, and outright fantasy are not well-defined. Men who are compelled to answer a call that cannot be readily described and understood. Men whose light shines brightly, but who often make a rough and rocky road for those who love them to travel down.

The segment on McKey’s tangle with Canadian customs officials reminded me very much of an egregious episode here in Sisters a couple of decades ago, when the Feds raided a similarly talented maker in a case that completely fell apart under scrutiny. The maker did absolutely nothing wrong, yet was dragged through a legal briar patch because he was connected to somebody else the government wanted badly. None of it amounted to anything but a heap of misery, and the Sisters man had to fight for years to get his property back. 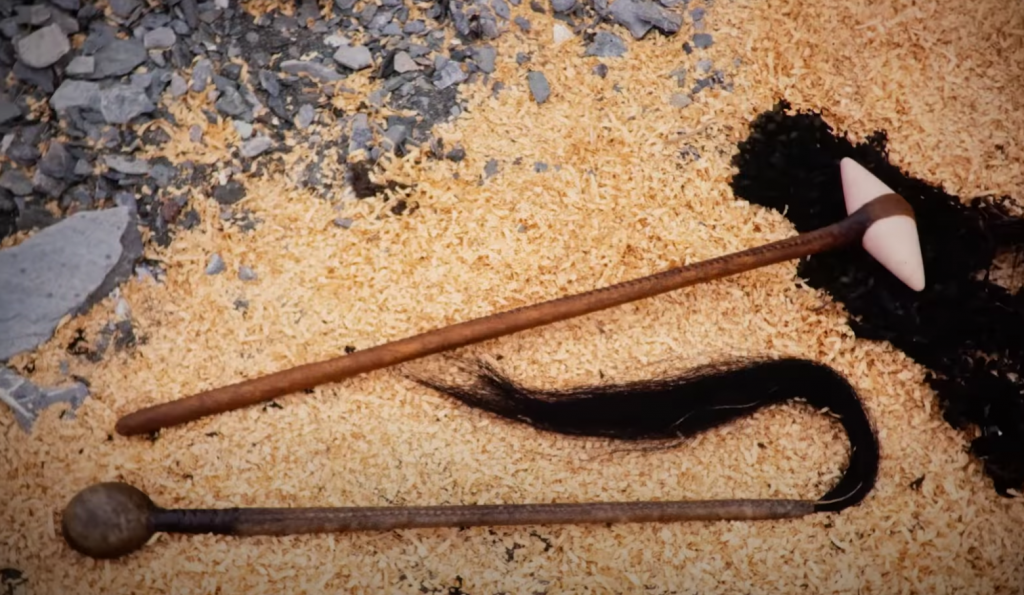 Jack McKey has since passed on to some other hunting ground. This film is a fine tribute to an eccentric life that carried the fire — and not without missteps and pain. We might all hope to live so fully, with an opportunity to reconcile our wrongs. 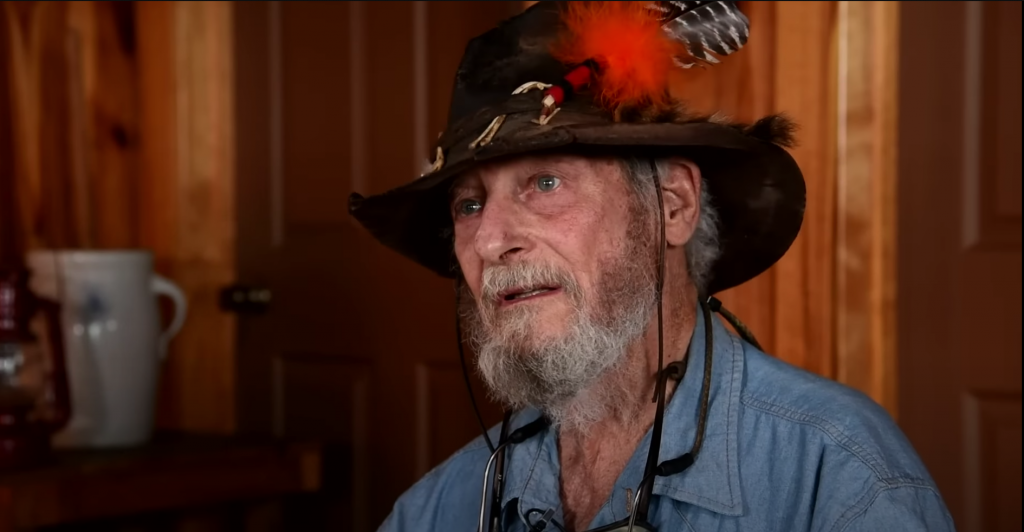 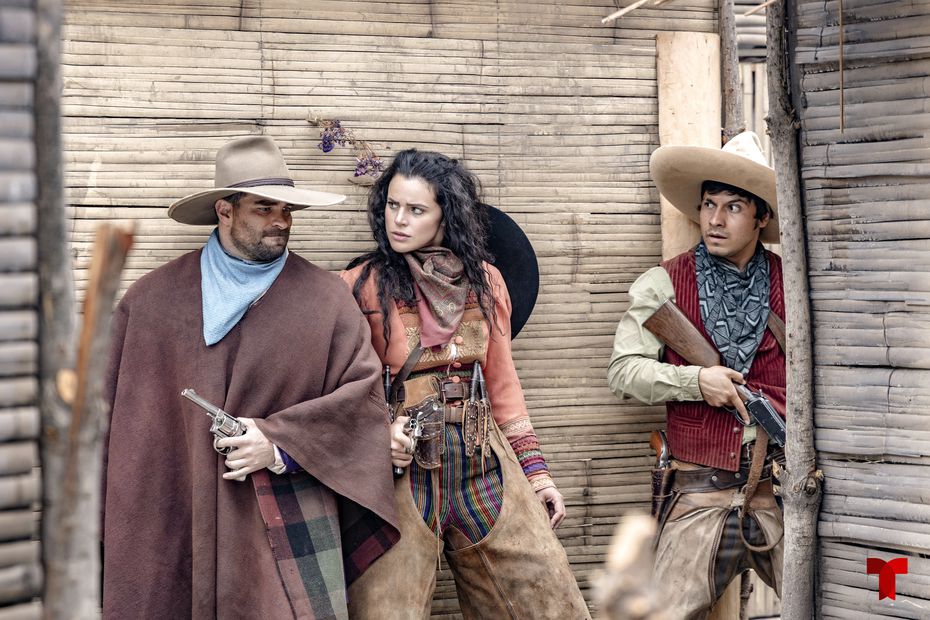 Eighty (!) episodes recounting the Porfiriato-era tale of a Sinaloa bandit who has become an icon of Mexican folk religion — Jesús Malverde, who, in the strange way of folk heroes, morphed into the modern Patron Saint of Narcos. A century and more after his (possibly purely legendary) career, there are shrines in Sinaloa to the bandit who is reported to have been hanged by authorities in 1909.

The story of Jesus Malverde takes place during the reign of dictator Porfirio Diaz (1877-1911). The Porfiriato, as the era is known, was a time when big business, especially foreign-owned big business, was encouraged above all else. Diaz saw himself as the rest of the world saw him: as Mexico’s modernizer. Yet progress passed by millions of Mexicans, who remained as impoverished as ever. As the century turned, the country fermented with the social anarchy that would explode in the Mexican Revolution. The hills and back roads of Mexico were alive with banditry, some of whom would become folk heroes to the country’s poor. 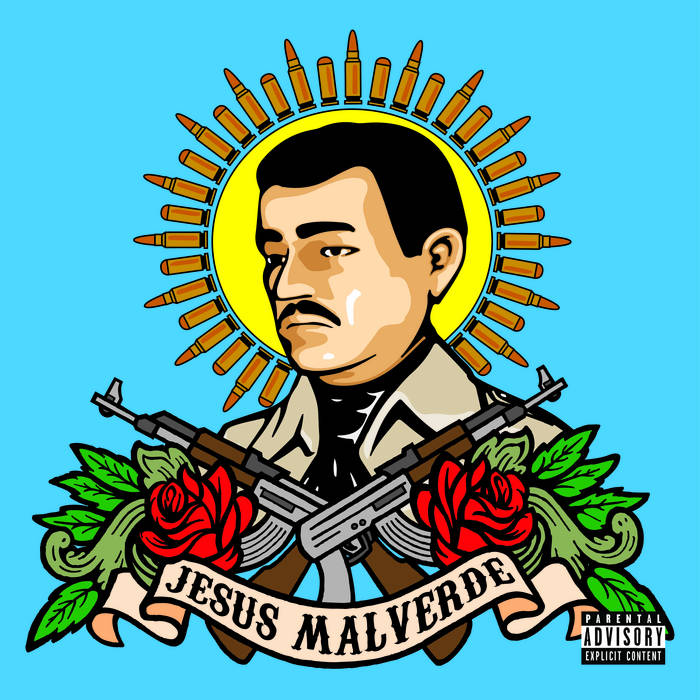 The legend is that Jesus Malverde was one of these, a bandit who rode the hills near Culiacan. They say Malverde robbed from the rich and gave to the poor. A Mexican Robin Hood. It must have been true, for they say the government hung him and left him to rot in a tree. That was on May 3, 1909. Every year on that day there’s a great party at Malverde’s shrine. 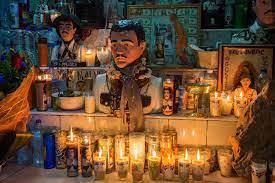 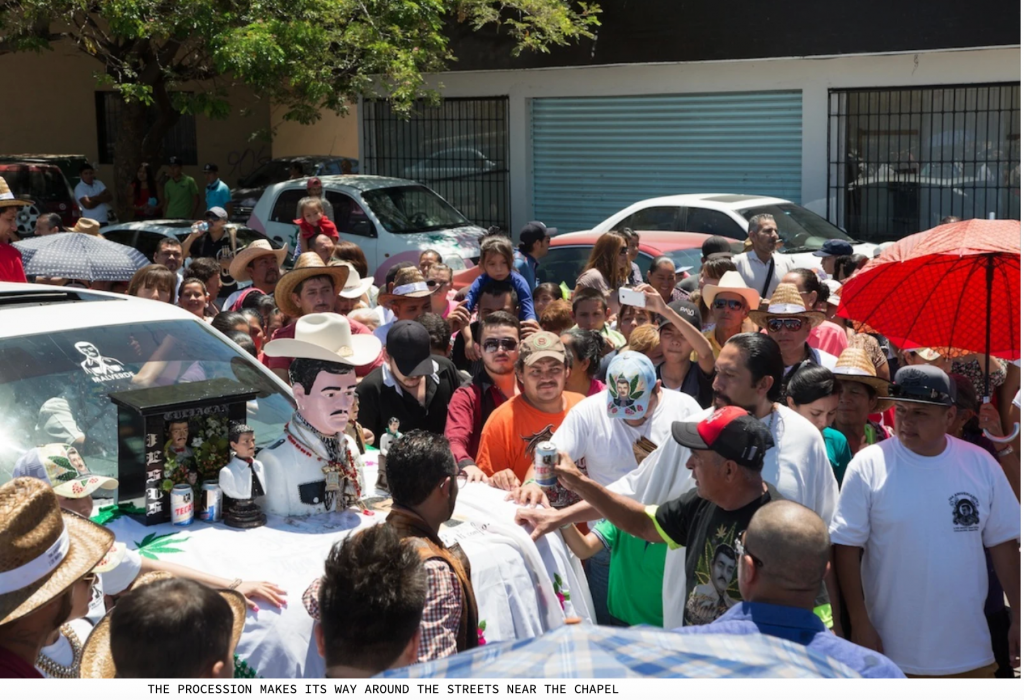 Two movies and one play exist dealing with Malverde’s life. But historians have found no evidence he ever existed; a likelier prospect is that Malverde’s an amalgam of two bandits — Heraclio Bernal from Southern Sinaloa and Felipe Bachomo, from the north part of the state.

“If he lived, faith in him is a remarkable thing,” says Sergio Lopez, a dramatist from Culiacan, who has also researched and written about Malverde. “If he never lived, it’s even more remarkable because people have created this thing to achieve the justice that is denied them.” 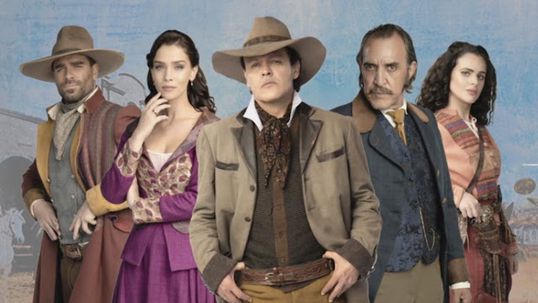 The Telemundo/Netflix show is a giant telenovela.

Based on real events, the high-octane production centers around Jesus Malverde, one of the biggest and most controversial Mexican characters of the last 150 years, an outlaw who ultimately became a legendary figure, a religious icon, and protector of the innocent, poor and dispossessed. From the action-packed scenes to the many love affairs and captivating wardrobe of the era, this never-before-told story set in the early 1900s will enthrall viewers as they discover the man behind the legend and determine whether he was a saint or a bandit.

Finding this triggered an odd bit of nostalgia for me. Many years ago, I went down with pneumonia — about the worst sick I’ve ever been. I don’t do too well being forced to stay down, but I had to stay on the couch for days. I filled them watching the (subtitled) telenovela Zapata: Amor en Rebeldia, starring the estimable Demian Bachir as the Mexican Revolution’s great peasant guerrilla comandante, Emiliano Zapata. Over and over again.

Ceili, just a little girl, cried when Zapata was gunned down in a Federale fusillade. 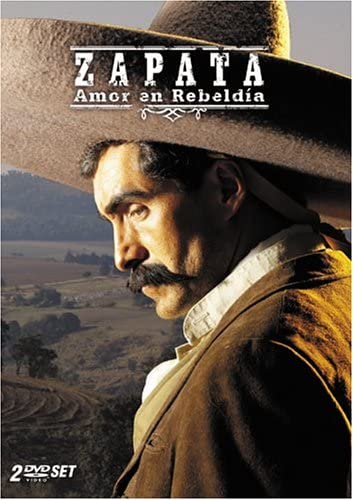 Apparently, forbidden love between “hot-blooded bandit chieftain” and “beautiful and passionate highborn woman” is a trope of the historical telenovela form. It is, after all, a Romance, and such doings have been a staple of Folklore and Romance since Matty Groves gave Lady Barnard a tumble, with fatal results for both of them.

I have always found the Porfiriato and the Mexican Revolution especially compelling — in part because the material culture of the time and place just trips my trigger. Apart from that, though, there’s a fascinating frisson generated by the interaction of modernity with cultural forms and impulses that can be traced back to the medieval world. The Mexican Revolution was in some ways a cutting-edge modern phenomenon — the first great social revolution of a tumultuous 20th Century. At the same time, it was a game of thrones rife with legendry that self-consciously recalled Robin Hood, recounted in a ballad form that would have been recognizable to a 14th or 15th Century Troubadour.

Obviously, I can nerd out on this stuff at the drop of a sombrero.

Discovering this series puts me in a bit of a bind, since I’ve got a whole lotta Story in my trencher already. Eighty episodes of Mexican Frontier Partisan Romance & Mayhem is a monumental commitment, but there’s no way I can just scroll past this thing. Must risk getting hooked to at least sample a few episodes.

The excellent YouTube Channel The Great War, having completed its run on the First World War itself, has been exploring the conflicts of the era immediately before and after the great catastrophe of the 20th Century. They recently dropped a solid doco on the Spanish-American War.