Native hunters used stone projectile points 16,000 years ago on what is now Nez Perce land in Idaho. The points resemble points found in Japan. How cool is this? 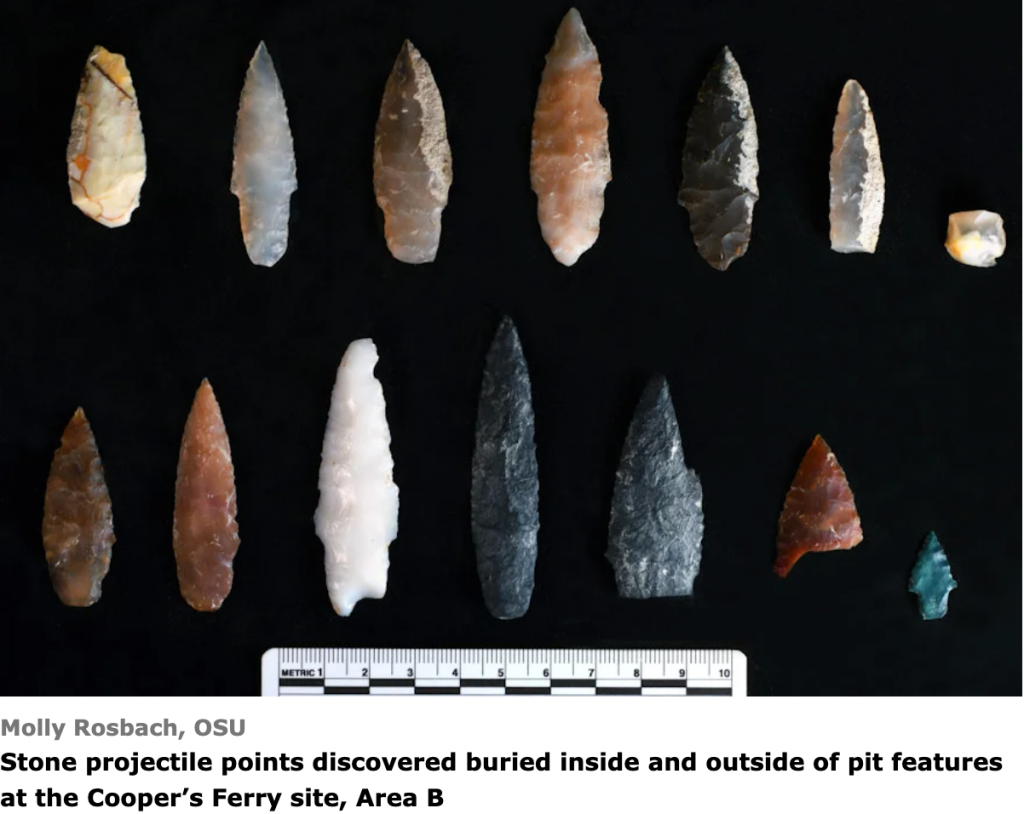 CORVALLIS, Ore. (KTVZ) — Oregon State University archaeologists have uncovered projectile points in Idaho that are thousands of years older than any previously found in the Americas, helping to fill in the history of how early humans crafted and used stone weapons.

The 13 full and fragmentary projectile points, razor sharp and ranging from about half an inch to 2 inches long, are from roughly 15,700 years ago, according to carbon-14 dating. That’s about 3,000 years older than the Clovis fluted points found throughout North America, and 2,300 years older than the points previously found at the same Cooper’s Ferry site along the Salmon River in present-day Idaho….

“From a scientific point of view, these discoveries add very important details about what the archaeological record of the earliest peoples of the Americas looks like,” said Loren Davis, an anthropology professor at OSU and head of the group that found the points. “It’s one thing to say, ‘We think that people were here in the Americas 16,000 years ago;’ it’s another thing to measure it by finding well-made artifacts they left behind.”

…The points are revelatory not just in their age, but in their similarity to projectile points found in Hokkaido, Japan, dating to 16,000-20,000 years ago, Davis said. Their presence in Idaho adds more detail to the hypothesis that there are early genetic and cultural connections between the ice age peoples of Northeast Asia and North America. 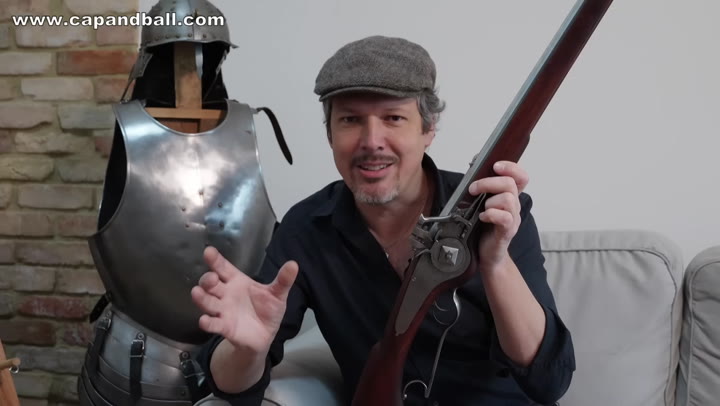 My sojourn in the 17th century meant I inevitably encountered the wheellock. There was a wheellock rifle on the Mayflower, a rifled carbine believed to have been owned by John Alden of the Plymouth Colony. Known as The Mayflower Gun, it is in the NRA’s National Firearms Museum.

I have an affection for the wheellock, because it was a signature weapon of my favorite fictional early modern Frontier Partisan Mattias Tannhauser (The Religion, Twelve Children of Paris).

The wheellock should not be thought of as an evolutionary step between the matchlock and the flintlock. It was actually a superior mechanism to the flintlock in terms of speed and reliability of ignition — it was just too complicated and expensive to manufacture to become a soldier-proof standard ignition system for longarms. The requirement of a key to wind the lock is also a battlefield detriment.

You can see the speed of ignition in the video below, where a historian of 17th Century Eastern European military history puts a cavalry carbine through its paces. It’s a smoothbore (note that it nevertheless boasts a rear sight). Loaded with a tight patch, it is capable of quite respectable accuracy at cavalry combat ranges. Loaded with a loose ball, it would still be effective enough in the hurly burly.