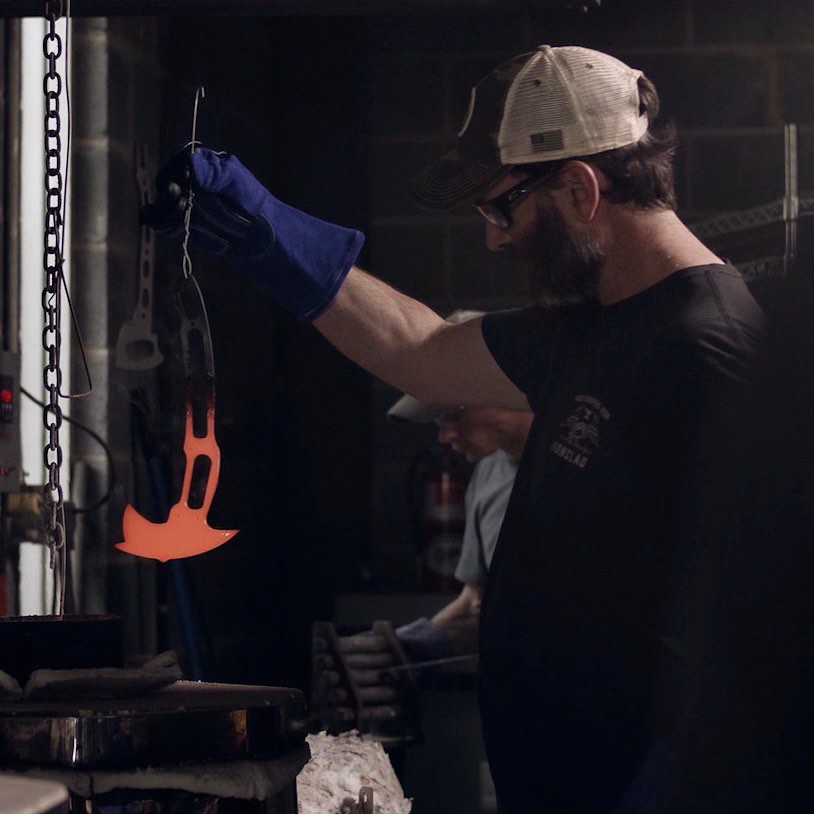 Thriller author Jack Carr loves his Daniel Winkler tomahawks. He’s made the crossed tomahawks his brand (literally; he has a branding iron — as one does). His most recent podcast includes a sit-down with Winkler, whose reputation was built on crafting period-correct frontier knives and ’hawks, and evolved into crafting purpose-built knives and ’hawks for modern Special Operations personnel. Do I love the Continuity & Persistence frontier connection? Hell yes, I do.
Here’s the caper:

My guests today are Master Bladesmith Daniel Winkler of Winkler Knives and special operations veteran Kevin Holland.
Daniel began making knives in 1975 and created the tomahawks and knives used in the 1992 film THE LAST OF THE MOHICANS. After seeing the film, Kevin tracked Daniel down to make the axe that was on his side for every deployment.
The Winkler Knives RnD Hawk featured in Jack’s James Reece Terminal List series and used by Chris Pratt in the Amazon Prime Video adaptation of The Terminal List was designed by Daniel Winkler and Sayoc Kali master Rafael Kayanan.
On the latest DANGER CLOSE PODCAST, we discuss the knife-making process, Kevin’s time in the military, the capture of Saddam Hussein, and the reintroduction of tomahawks to special operations forces.

The tomahawk was deployed to devastating effect on the battlefield where the U.S. Army suffered its worst proportional defeat in history. The Battle of A Thousand Slain, November 4, 1791. The great Shawnee War Captain Weyapiersenwah, known as Blue Jacket, was the main architect of the devastating attack on Arthur St. Clair’s American force on the Wabash River. 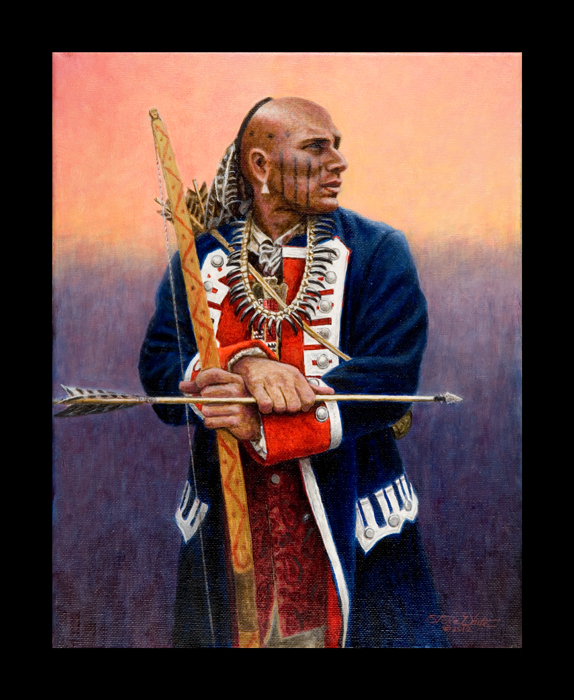 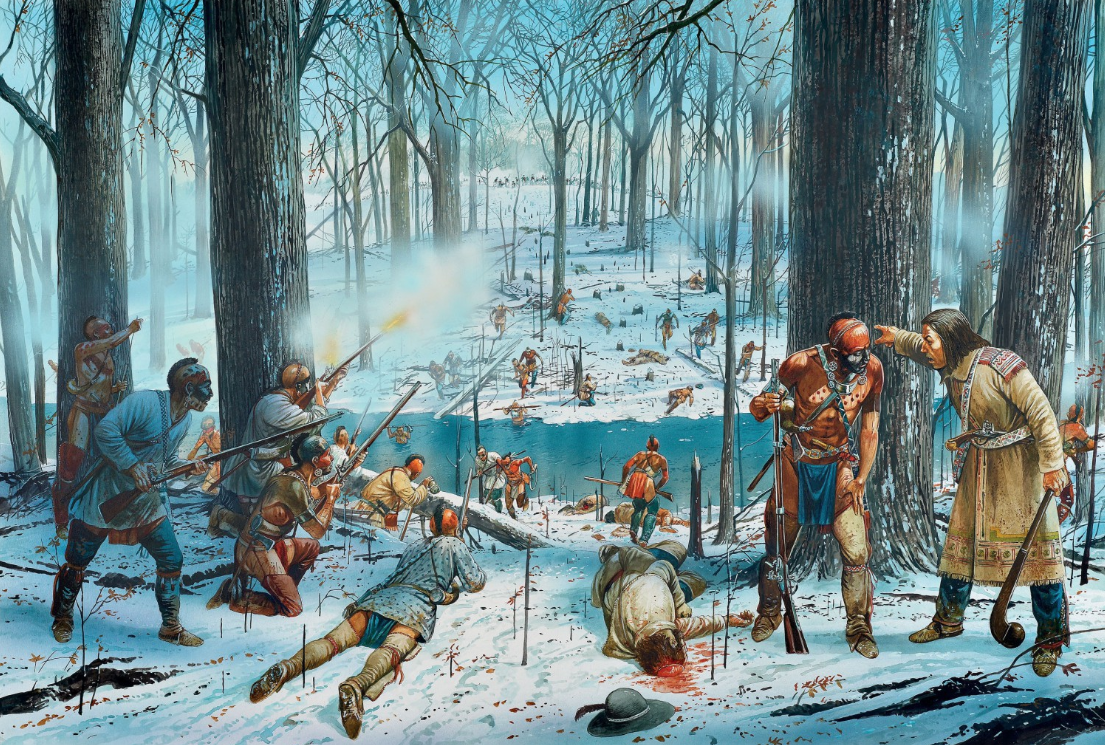 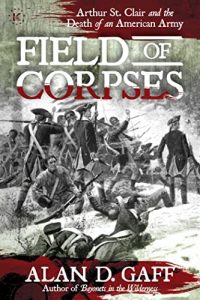 November 4, 1791, was a black day in American history. General Arthur St. Clair’s army had been ambushed by Native Americans in what is now western Ohio. In just three hours, St. Clair’s force sustained the greatest loss ever inflicted on the United States Army by Native Americans—a total nearly three times larger than what incurred in the more famous Custer fight of 1876. It was the greatest proportional loss by any American army in the nation’s history. By the time this fighting ended, over six hundred corpses littered an area of about three and one half football fields laid end to end. Still more bodies were strewn along the primitive road used by hundreds of survivors as they ran for their lives with Native Americans in hot pursuit. It was a disaster of cataclysmic proportions for George Washington’s first administration, which had been in office for only two years.

In May we get Battle of a Thousand Slain: The U.S. Army’s Greatest Defeat: St. Clair’s Battle on the Wabash, 1791 by Rick M. Schoenfield.

On November 4, 1791, a force of Native Americans attacked an American military encampment in the Northwest Territory, near what is now the border between Ohio and Indiana. The battle was catastrophic for the Americans: out of a force of about a thousand men, two dozen made it out unscathed, making it the worst defeat in American military history—more deadly, more brutal, and more consequential than the Little Bighorn. In this book, Rick Schoenfield reconstructs this close-quarter but far-reaching clash of arms near the headwaters of the Wabash River, presenting newly uncovered details and offering new interpretations of one of the most important but least understood battles in American history.

In the 1783 Treaty of Paris, Britain ceded most of the land east of the Mississippi and south of the Great Lakes to the fledgling United States, but the Northwest Territory became ground hotly contested by the new nation and the native tribes who had long inhabited the region. In 1790, President Washington sent a failed expedition to secure the area, and a year later, he sent another expedition, which ended up uniting the Indian tribes instead of defeating them.

In November 1791, yet another attempt to defeat the native tribes was sent out, this time under Arthur St. Clair, a Scottish-born former president of the Continental Congress. St. Clair encountered logistical and morale problems all along the way, and his force was no match for the Indians who attacked him on the morning of November 4. The Americans were outmatched at every turn, in the center, on the left, on the right—and their desperate bayonet charges failed to turn the tide. After a bitter retreat, two dozen of the thousand-strong American force remained.

It was the worst defeat in American military history: 97 percent casualties among soldiers, 88 percent among officers. Afterward, Washington refused a court-martial of St. Clair, who hoped to clear himself at trial, and instead forced the general’s resignation. The House of Representatives launched an investigation—the first of its kind in U.S. history. The committee requested documents from Washington, who summoned his department heads in one of the country’s first Cabinet meetings—and ultimately refused to provide the material, in the first use of executive privilege. The committee largely exonerated St. Clair, but the full House never took up the committee’s report.

The battle left an opening that neither the Indians nor the British could exploit, and within a few years the Americans secured the Northwest Territory.