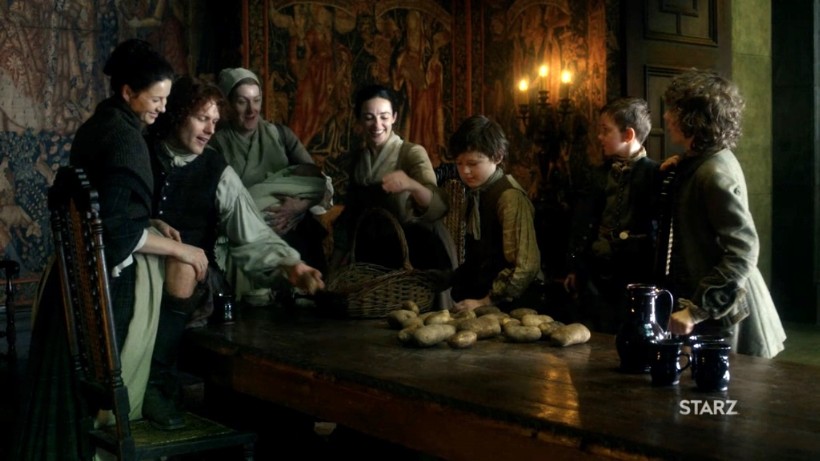 Clan Cornelius is full of “themers,” which is a slightly more glamorous term for “nerd.” As you have seen on these pages, virtually everything we do somehow gets spun up into the context of some song or story.

My role in the preparation of the traditional Thanksgiving dinner is limited to wielding the sharp implements. Carving the bird, sure — but before that I’m handed a bagful of potatoes and a peeler, and given a wide berth to make the peelings fly. This is all in service of my daughter’s truffle-oil mashed potatoes. The chore, of course, requires appropriate accompaniment.

For the past several years, that has been Season 2, Episode 8 of “Outlander.”

In this Clan Cornelius favorite series, based on Diana Gabaldon’s bestselling books, our protagonist, Claire Elizabeth Beauchamp Randall has “fallen through time” from the very end of the Second World War into the Scottish Highlands in the 1740s, on the cusp of the disastrous 1745-46 Jacobite Rebellion, in which adherents of the old Stuart dynasty attempted to overthrow King George II.

Through a series of breathtaking and romantic adventures, Mrs. Randall has become Claire Fraser — and she is compelled to attempt to protect her adopted clan from the grim fate that she knows awaits the Highlanders when the English Crown finally crushes the Jacobites in the 1746 Battle of Culloden. The ethnic cleansing that followed the Jacobite defeat was savage, and the Highlands faced famine. Claire advises her sister-in-law Jenny Murray to plant potatoes. They’ll keep the family and their tenants at the family estate of Lallybroch from starving in the hard times to come.

Of course, Claire can’t explain what she knows and how, but Jenny takes her advice on faith, and, sure enough, a bountiful harvest of the then-unfamiliar tuber comes, in a charming scene in the Lallybroch kitchen.

This is all just a wee bit of entertainment to pass the time during a mundane chore. Yet, it’s more than that, too.

For, it is good to reflect on what true bounty is — especially on a day when the goal seems to be to indulge in too much of everything. True bounty is having enough— enough to keep family whole and together. The humble potato can be, by itself an exquisite feast when means are small and hunger looms.

And the message of preparation and self-reliance is worth heeding in a time when the ease and convenience we’ve addicted ourselves to is growing increasingly frayed.

Change is constant — whether it’s the kind of catastrophic social and cultural earthquake that hit the Scottish Highlands in the 1740s, or the more subtle, but no less profound kind of paradigm shift our society is experiencing now — or smaller changes in our personal worlds.

Our clan has grown as Ceili is newly married, and has a whole new family to share in. But whatever change may bring, I’ll still be venturing into the 18th Century Highlands on Thursday — still peeling the potatoes. A whole lot more of ’em. 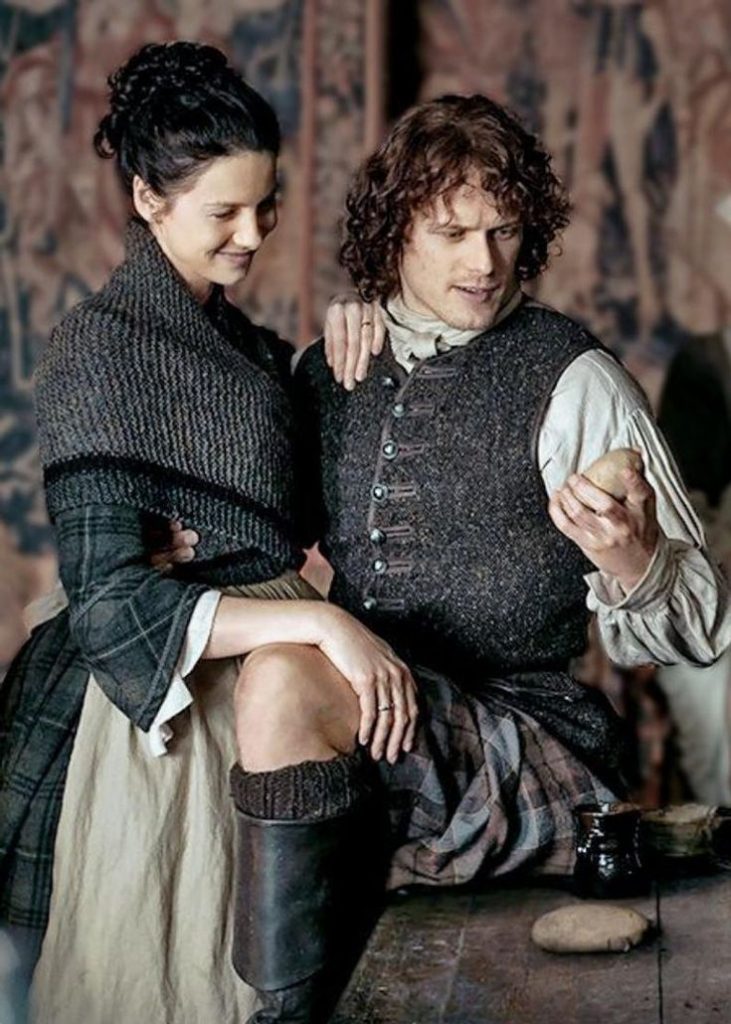