Matt Easton of Scholagladitoria is an expert on melee weapons. Mostly he focuses on medieval themes, for obvious reasons. Penetration of plate armor and suchlike. But here we have a deep dive into period sources on the combat application of the tomahawk.

Matt is a tad puzzled at the reference to a colonial hunter and an Indian who immediately “treed” upon encountering each other. “Treeing” simply means taking cover behind a tree.

The gent in the illustration below is wielding a backsword and a ’hawk against some terrifying supernatural critters. Famed horror director Neil Marshall is bringing forth a horror/adventure yarn set in the 18th Century. It’s called Nightshade. 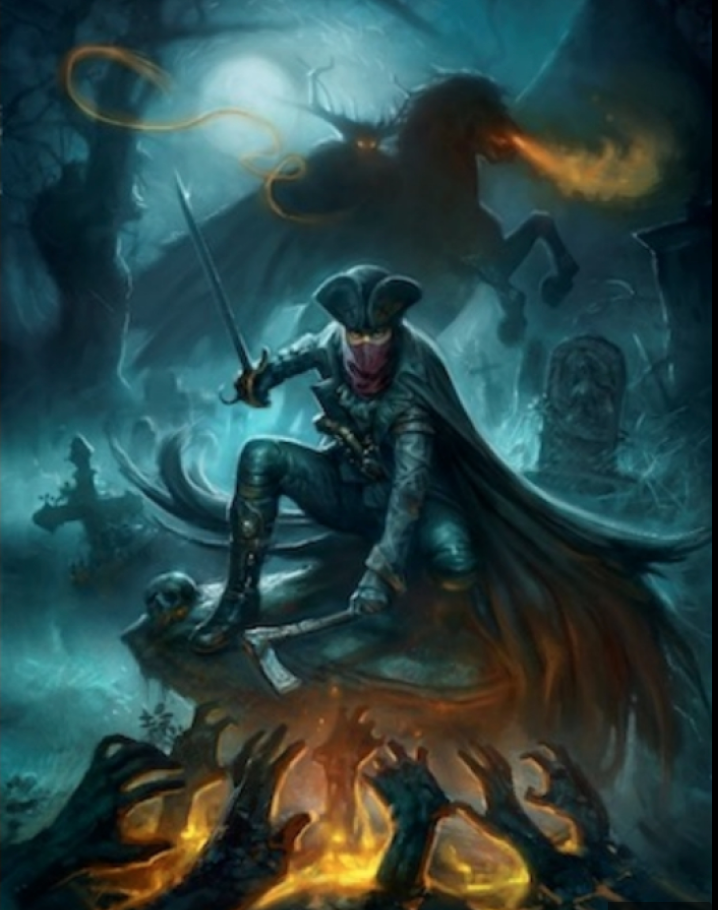 …The world of Nightshade is set in a bustling 18th century English port city visited by a diverse manner of international traders, rogues, and vagabonds.

We meet our heroine – the half English and half Indian outcast Lizzie Monroe who transforms herself into a defiant masked outlaw avenger – Nightshade – to rescue her brother James from the treacherous underworld realm of The Veil, where werewolves, demons, warlocks, and evil creatures beyond our imagination reside, after he is slain by a monstrous satanic cult run by powerfully sinister men in politics, religion, and industry. During their treacherous journey back to one another, the Monroes will discover that the supernatural forces arrayed against them represent merely the vanguard of a far greater threat and that they are caught in the opening salvos of a war between humanity and the forces of darkness.

Speaking of rogues and vagabonds…. The Almighty Algorithm scouted up some pleasing music from The Groggy Dogs, who describe themselves as:

I’m all for that. 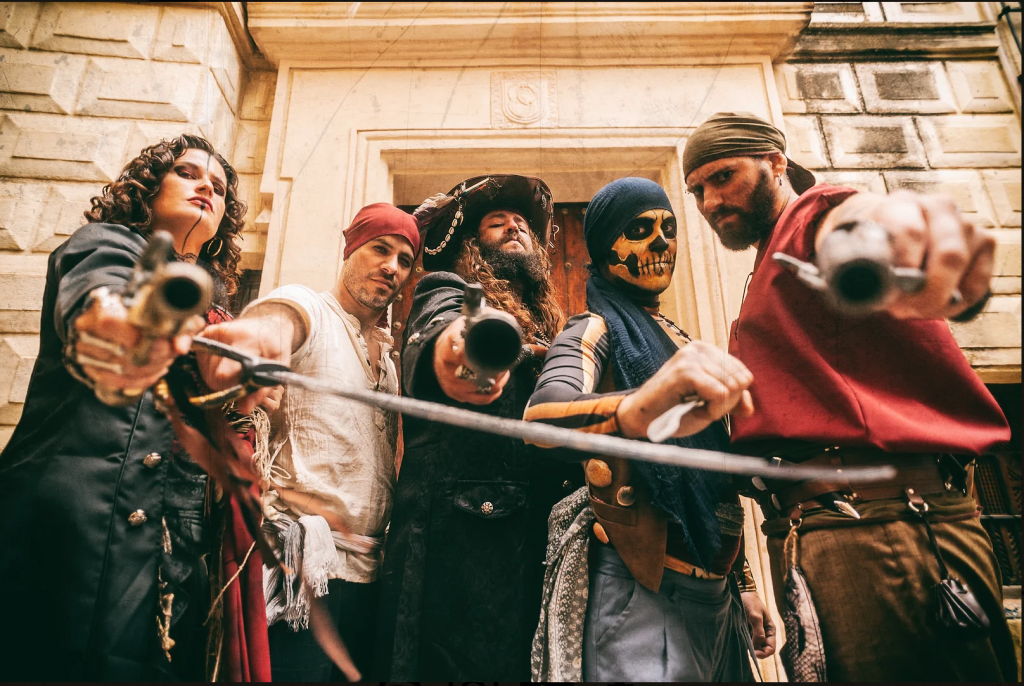 An unknown plague was sweepin’ the whole world when The Cap’n, marooned, realizin’ that his supplies were diminishin’, decided t’ embark on a new adventure in search o’ ports t’ plunder. He knew that his guitar ’n his grog-worn voice wouldna be enough t’ navigate through the roarin’ seas ‘n winds so he united the crew: The Voodoo Witch ’n its magical violin melodies, The Cook who wit’ his secret recipes cooks charmin’ bass lines, The Buccaneer who wit’ the strength o’ his accordion makes the lootin’ t’ be remembered, ’n The Deadman who wit’ the rhythm o’ his drums maintains the morale o’ the crew ’n makes ye vibrate t’ the bone.