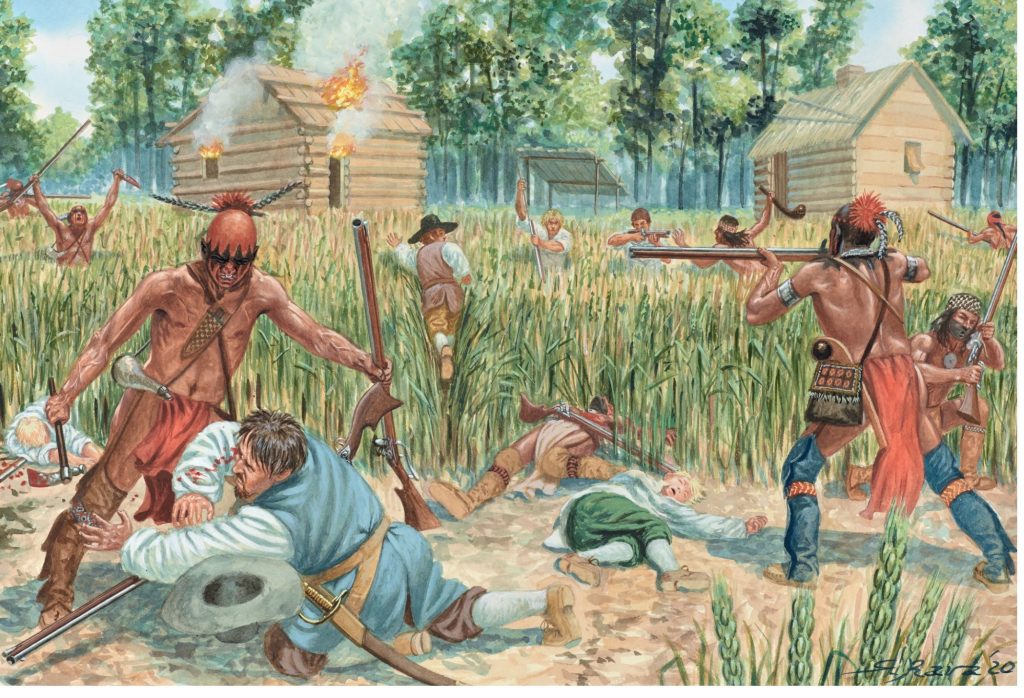 Delving into the reading for the upcoming podcast series on King Philip’s War that ravaged New England in 1675-76, it is striking how central firearms were to the conflict. That seems axiomatic: guns tend to be a factor in wars, right?

But I’m not talking solely about the waging of war. I’m talking about the economics and diplomacy of the gun trade. Attempts by the Plymouth Colony to disarm the Wampanoag were a precipitating factor in the outbreak of hostilities, which were initially confined to a relatively small set of followers of the sachem Metacomet (King Philip). The boneheaded English policy of seeking to disarm neutral or even friendly Indians pushed them into Metacomet’s camp and widened the war, which proved to be savagely destructive.

The Wampanoag and the Narragansett used firearms most effectively in conjunction with ambush tactics, and they had the upper hand through the first part of the war in 1675 and into 1676. But firearms presented a paradox: The Indians were dependent on them, and they were at war with their principle supplier of arms and ammunition. You can see the problem…

The gun trade in New England started early and continued apace right into the era of the conflict. In his outstanding book Thundersticks: Firearms and the Violent Transformation of Native America, Daniel J. Silverman demonstrates that the First Nations peoples of the New England coast adopted and avidly sought firearms for the same reason that other native peoples did consistently throughout Frontier Partisan history: To alter the balance of power with their native rivals. They came to prefer them for hunting, too, but the primary consideration in the arms trade was military.

The Indians were not in the market for clumsy matchlock muskets, either. They wanted the latest and best technology — the long-barreled, smoothbore English doglock musket.

The avid desire for firearms kickstarted the fur trade; native hunters were willing to pay a premium in furs and wampum for a good gun. They became very proficient in their use — notably superior as marksmen to the general run of Puritan militiamen.

Silverman notes that native peoples did best with the firearms trade when their “gun frontier” featured multiple, rival European powers vying for their trade. The Wampanoag and other coastal New England people didn’t really have that scenario. They might trade a bit with the Dutch in New Netherland, but that option was gone in 1674, and they could only trade with the French through native intermediaries. That left them dependent on English traders, who supplied them pretty well, despite efforts by colonial authorities to crack down as tensions ratcheted up. However, once war broke out, the clampdown became harsh and effective, and the Indians’ pipeline was shut off.

The Wampanoag did develop a greater capacity to repair their firearms than most First Nations people did because of what Silverman describes as the “intensity” of the colonial relationship in Plymouth and Massachusetts Bay. Native and Puritan societies were not really separated, certainly not by any hard “frontier” line. Many natives converted and became “ Praying Indians,” and some of them picked up smithing skills. That was perceived as a threat by Puritan authorities, who moved to cut off access to repair as the war developed.

Silverman and others make a convincing case that the dwindling access to new firearms, the falling capacity to maintain existing stocks, and — most critically — short supplies of ammunition  were a deciding factor in the war. By the summer of 1676, when Captain Benjamin Church and his ranging force of colonial frontiersmen and native allies were running down Metacomet and his followers in the New England swamps, the Indians were severely lacking in the means to fight. 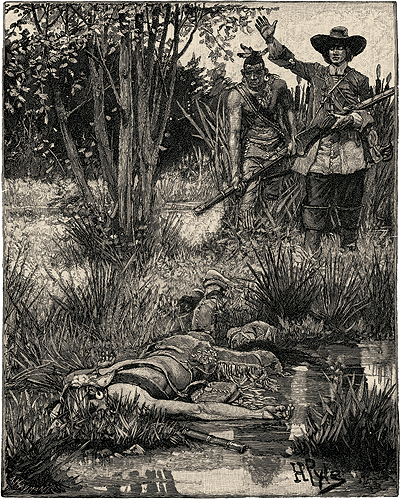 Church’s men, too, were armed with doglock muskets , as this well-turned-out reenactor shows: 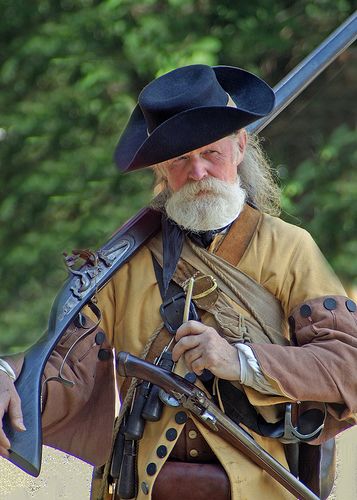 The situation was considerably different on the northern front of the war in Maine (often neglected in historical accounts). The Wabanacki had stable and steady access to firearms through the French in Canada. The war in the north ended very differently than the war in southern New England, and the gun trade was a key factor in the outcome.