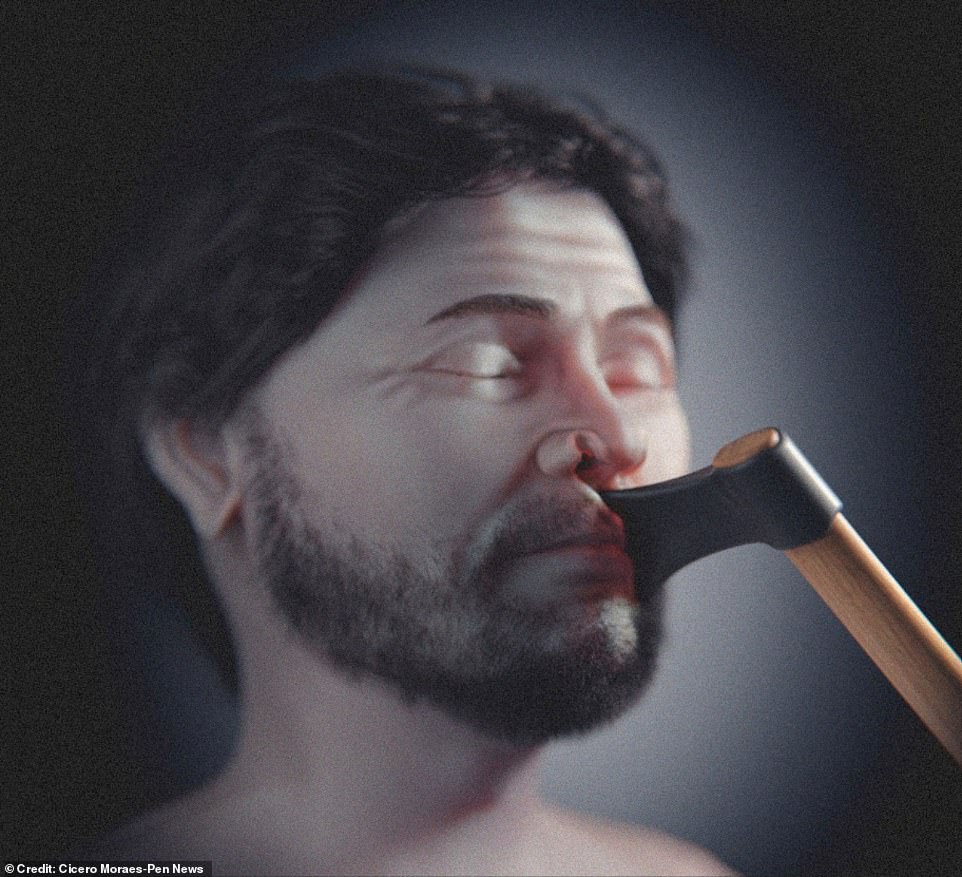 Nothing pairs better with the morning coffee than a little medieval mayhem, right?

I mean, among the increasingly lunatic news of the day — which mostly falls into the category of tales told by idiots, full of sound and fury, signifying nothing — a tale of an ax to the face is downright refreshing.

From The Daily Mail:

A medieval warrior whose face was split open in one of Europe’s most savage battles has been brought back to life in a stunning recreation, 660 years after his gruesome death.  Experts reconstructed the fighter’s visage after his skull was recovered from a mass grave outside Visby on the Swedish island of Gotland. It was there in 1361 that a Danish force of some 2,500 men, many of them experienced mercenaries, perpetrated a massacre.

I just love these Tactical Trauma recreations. There’s something so visceral and immediate about them — they make history come alive in all it’s grim brutality. I delved into killings at Fort Laurens in the Ohio Country in the Revolutionary War and the mass slaughter at the War of the Roses Battle of Towton here: 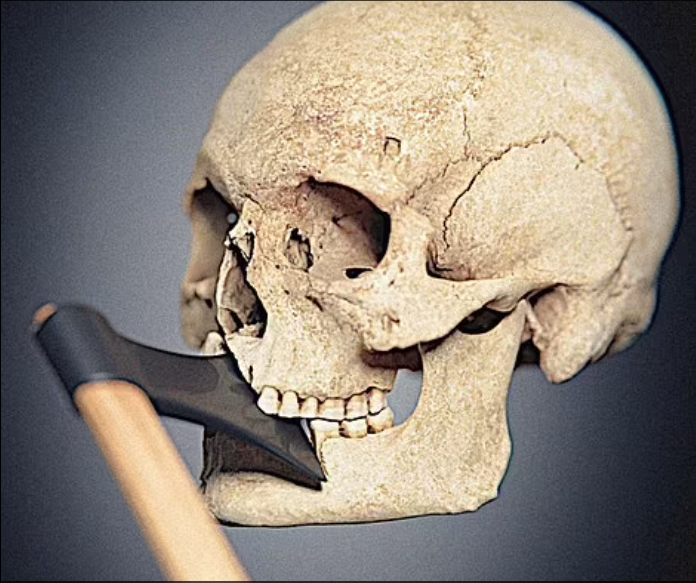 You will note that the “ax” in our medieval warrior’s face is essentially a tomahawk. From the Vikings to Jack Carr and The Terminal List, the tomahawk has been a favored melee weapon of Frontier Partisans the world over… 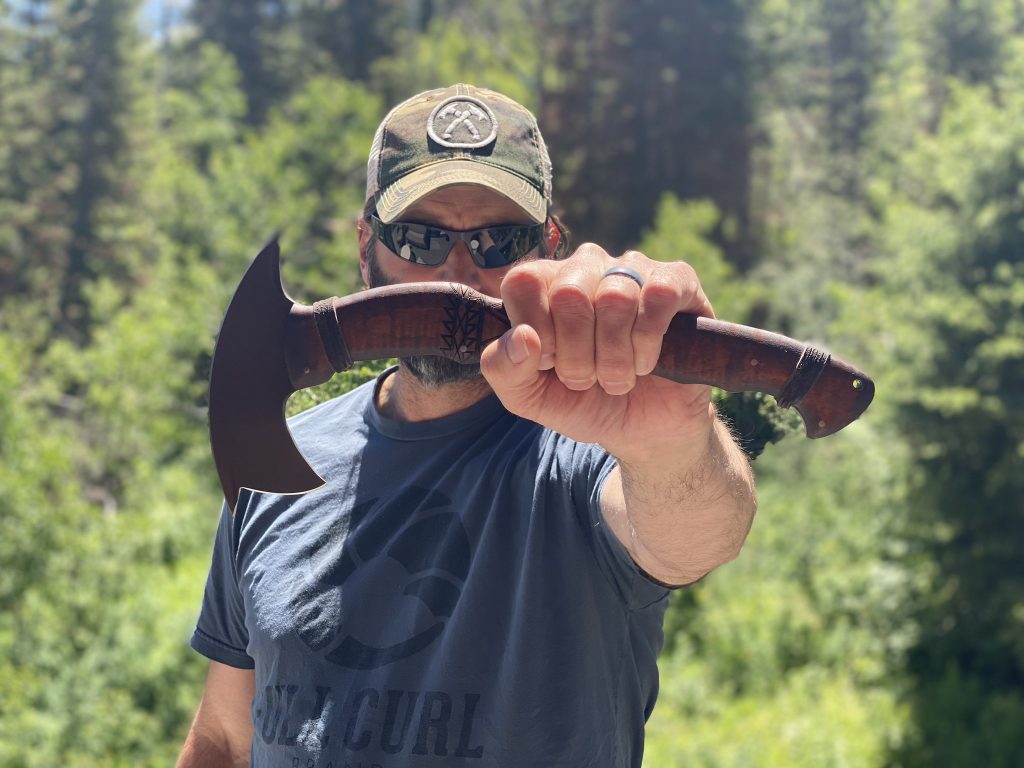 You really couldn’t call the slaughter at Visby a battle — any more than you could call the ambush on the woodcutting party at Fort Laurens a battle. There’s a really good doco on the massacre and the archaeology of the site in Sweden from the estimable show Medieval Dead:

Midsummer 1361. In Gotland, Sweden King Valdemar and his Danish army attack the walled town of Visby. While the town’s rich merchants look on, a hastily recruited army of feudal peasants is quite literally cut to pieces by the Danes right outside the main gates. 1800 of the townsfolk are killed in the most brutal and clinical way. In 1905 the first mass grave at Visby was found and so far more than 1185 bodies have been recovered – many more are awaiting excavation. In this episode, Tim Sutherland – a battle expert and one of the country’s foremost medieval archaeologists – travels to the battle site to unearth the chilling story of the Gotland Militia. Malin Holst inspects the extraordinary collection of bones found buried outside Visby, many of which were buried in full armour – something that was almost unheard of at the time. And the team searches for the ‘Fourth Grave Pit’ of Visby legend – can they locate the site?

Synchronistically, this new piece from the contrarian website Unherd.com also jumped out of my news feed:

The Viking war on woke:

Yeah, I know, the headline is a bit click-baity, but the piece by Dominic Sandbrook is a lot of fun. He’s written a book for young people titled Adventures in Time: Fury of the Vikings. Turns out that kids still thrill to the wild and wooly — and exceedingly bloody — tales of yore. 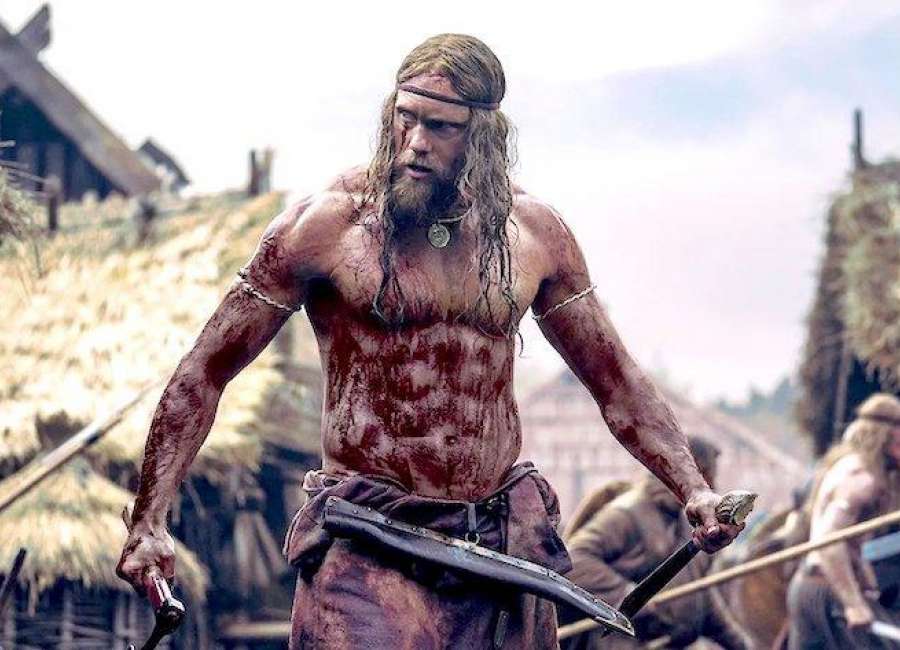 In some ways this might seem a bit of a puzzle, for the Vikings don’t obviously fit into our current cultural moment. Although one or two painfully progressive academics have done their best to reinvent them — open some recent books and you find yourself ploughing through long, earnest paragraphs about their radical attitudes to gender fluidity and hitherto unappreciated enthusiasm for Islamic decoration — the plain fact is that the Vikings were decidedly, outstandingly un-woke.

Indeed, writing my children’s book, I found myself scouring the thesaurus for alternatives to “stabbed,” “smashed, ” “crushed,” and “splintered,” in a vain attempt to give each episode a different flavour. Severed heads naturally play a central part. “For years to come, Svyatoslav’s gold-plated skull was the chieftain’s favourite wine cup,” reads one random sentence. “The only sound was the drip-drip-drip of blood from the shattered remains of the archbishop’s skull,” reads another. To forestall any talk of the dreaded “sensitivity readers”, I made sure to recite some of these gorier bits to sample audiences and note the reactions. As I’d hoped, the children loved them, except for one little girl who frowned and shook her head. Afterwards she came up to me, still looking very serious. “Not enough beheading,” she said grimly. “More death, please.”

This, of course, will give all the right people the vapors, which has cultural value all by itself. More substantively, I’m pretty sure our over-cooked civilization is headed for some version of Ragnarök sooner rather than later, and the pearl-clutchers will suddenly discover that their prattle avails them nothing, and that only the folk who cleave to The Northern Thing (or their own cultural version of it) will have the tool kit to navigate physically, psychologically, and spiritually through a wintery twilight world that offers only more wolves.

So perhaps I was wrong, and the Vikings are the perfect fit for our current moment. They, like us, lived in an intensely dangerous, competitive world, where rival warlords struggled for resources. They, like many of us, shook their heads with disbelief at the naïve optimism of their American (or rather, Christian) neighbours, since the Northmen knew life ended only in unspeakable disaster. And they, like us, knew that winter was coming: in their case, the Fimbulwinter, the terrible wolf-winter foreseen by the gods, which would bring the battle of Ragnarök and the end of the world.

They loved tattoos, fancy fashions and stupid haircuts; they liked drinking, having sex and smashing people’s faces in. And the people they really, really hated were pious, hypocritical do-gooders who were always telling them to behave themselves. So they weren’t so different from us, after all. 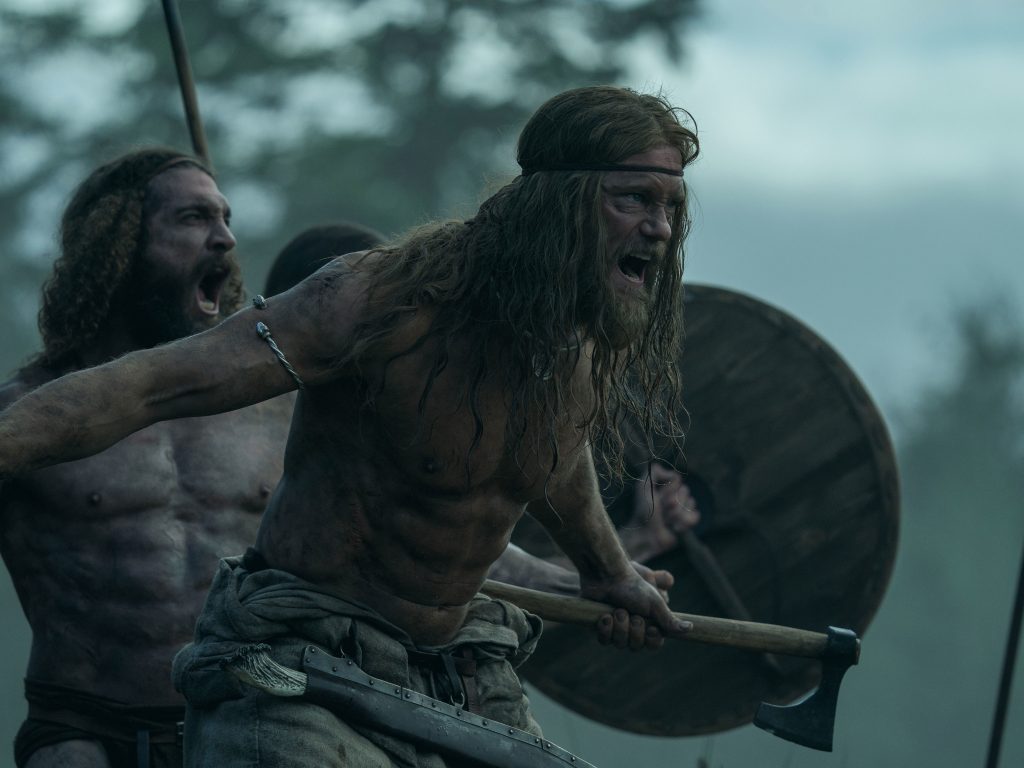 Because synchronicity strikes for the bold, the soundtrack for God of War: Ragnarök by the brilliant Bear McCreary (Outlander; Black Sails) also dropped today:

Previous Post: « Working The Trapline — Deathwind & A Sea Dog
Next Post: Firearms Of The Frontier Partisans — The Guns Of King Philip’s War »