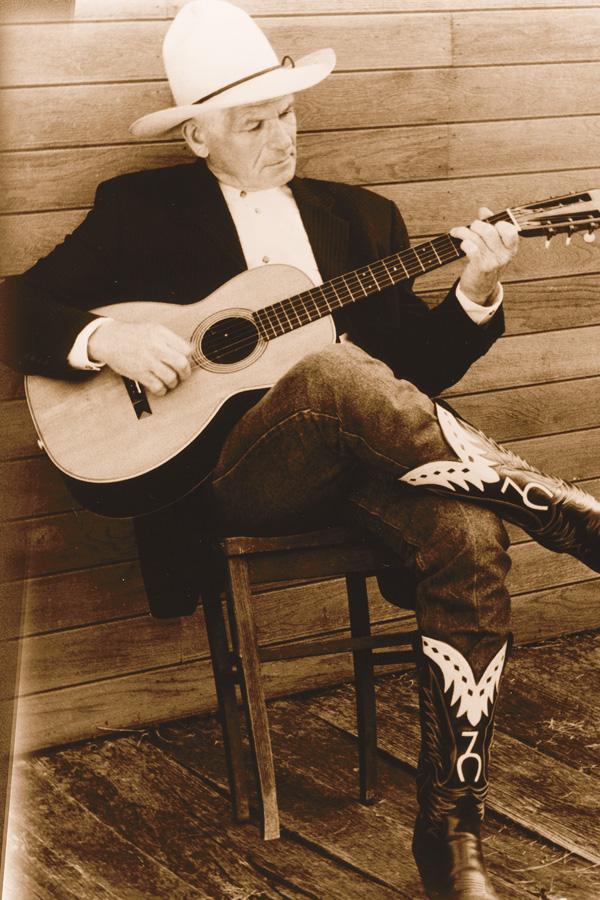 Western music legend Don Edwards has gone up the trail. Edwards was one of the major figures in the great cowboy music revival of the 1980s and ’90s. My band, The Anvil Blasters, had the privilege of opening for him at an equestrian fundraiser in Bend many years ago, and Lady Marilyn and I got to see him perform many times — always solo, picking fluidly on a 12-fret acoustic guitar and telling stories in song with a rich, authentic voice.

One of the things I really appreciated about Don Edwards was that he was a true folklorist — he had a deep knowledge of the origins of the traditional Western ballads, the ones that actually were sung on the trail and in bunkhouses. And he fully recognized the roll of Black songsters in the Western towns that took commercial tunes of the day and bent them blue and passed them along. He was a remarkable artist, a fine man, and the West is diminished with his passing.

The elegiac Coyotes seems a good way to salute the horseman as he passes by.