Now THIS is the spooky season done right! 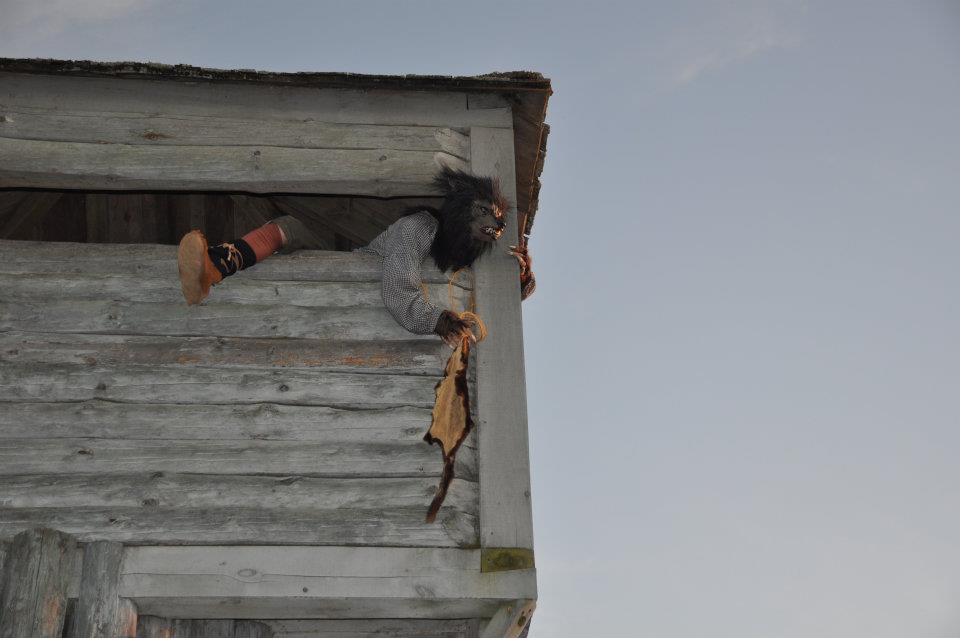 How I would love to fly on a magic bearskin to Michigan for Fort Fright, an annual Halloween celebration held at Fort Michilimackinac this weekend. Clearly the Loup Garou is planning to attend.

The French Canadian version of the werewolf is a slightly less gruesome version of the creature — his affliction is often tied to a lapse in his Catholic faith and practice, and can be temporary.

Lanterns light your way through an 18th-century fort and fur trading village overrun by werewolves, witches, goblins and ghouls. Storytellers weave spooky folktales near bonfires and treats such as hot mulled cider, cookies and candy can be found throughout the site. 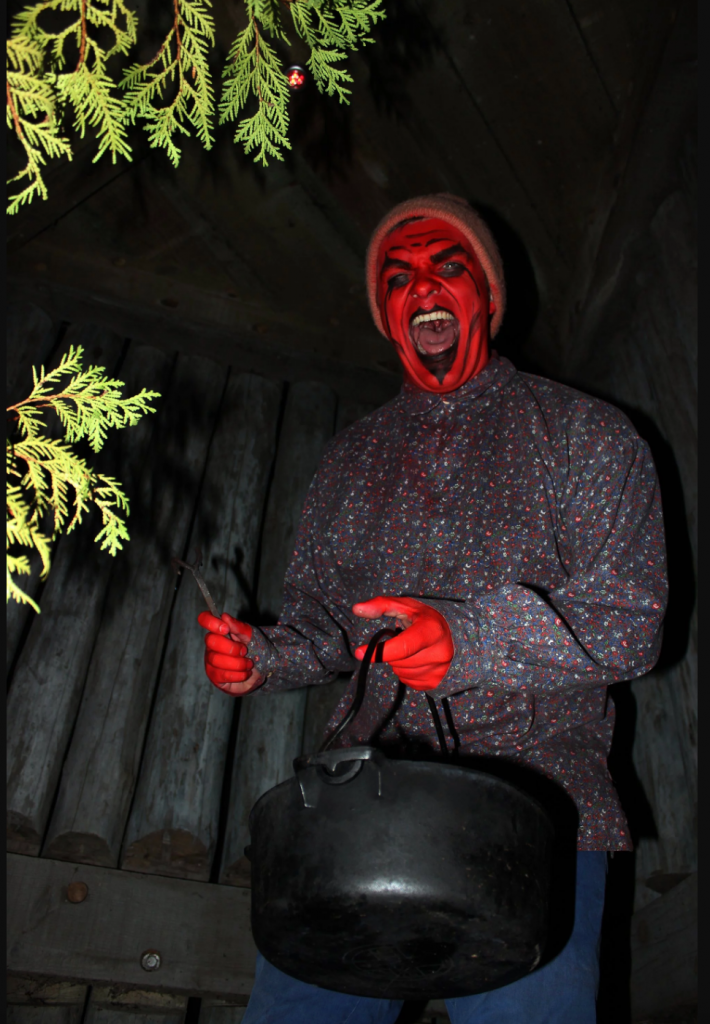 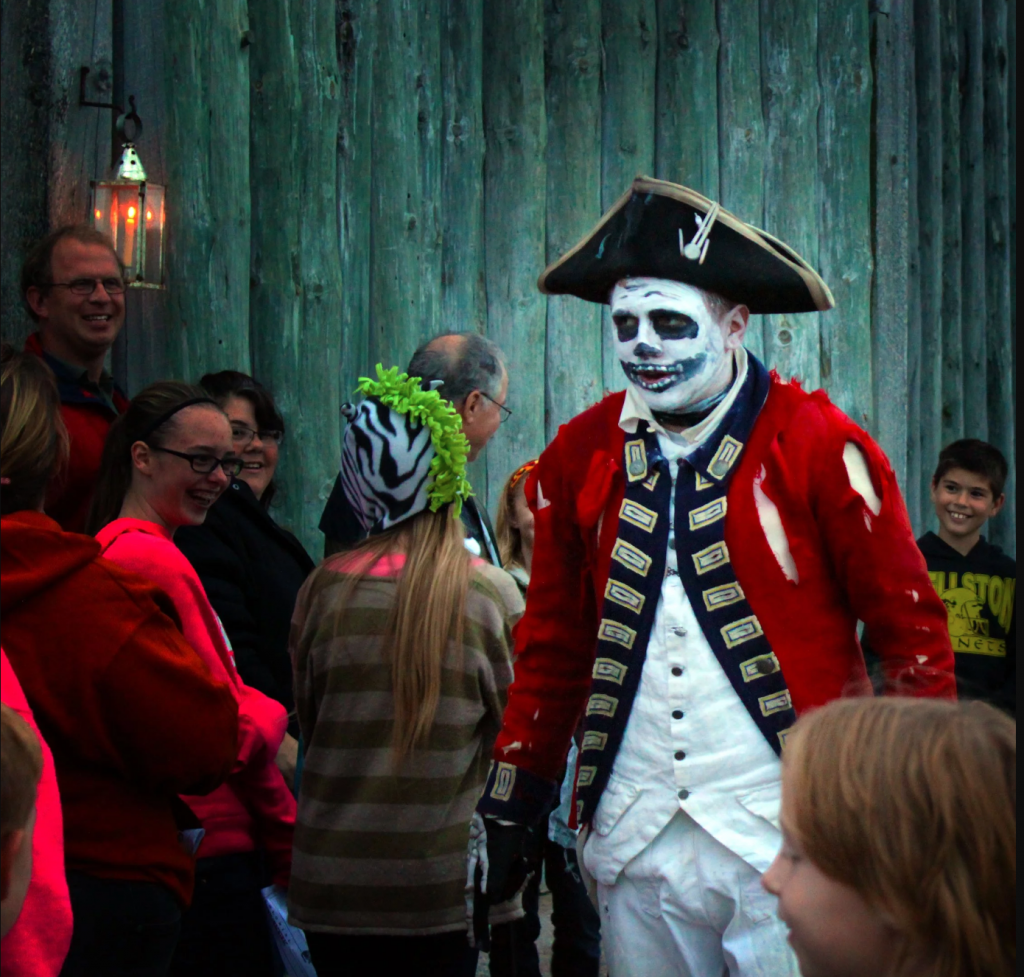 Fort Michilimackinac was the sight of some serious frightfulness in 1763, when a contingent mostly of Chippewa used a game of baggataway (lacrosse) as a ruse to get into the fort and slaughter most of the garrison.. 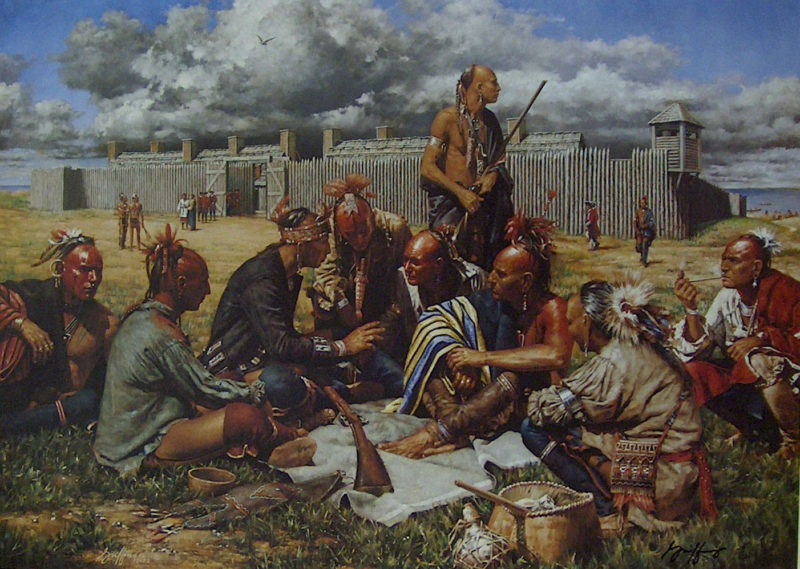 It was a brilliant ploy and an important strategic victory — and it was also a very nasty business. (Hear the tale at The Frontier Partisans Podcast — The Posts
Fall).

Wouldn’t be surprised if the the site truly is haunted…

For a fine examination of werewolf tradition, I guide you to Lane Batot’s two-parter from a couple of years back…

The Truth About Werewolves — Part I

The Truth About Werewolves — Part II

I see that Australia is marking the 40th anniversary of the film The Man From Snowy River, which has high standing on the syllabus of Frontier Partisan cinema. I wanted to use an artist’s of the iconic image of Jim Craig plunging down the steeps in pursuit of the brumbies for the cover of Warriors of the Wildlands — just because it is so visually arresting. Couldn’t afford it, and Lynn Woodward’s design featuring Frederick Russell Burnham’s weapons and trophies was a better fit anyway. But damn that is a breathtaking sight! 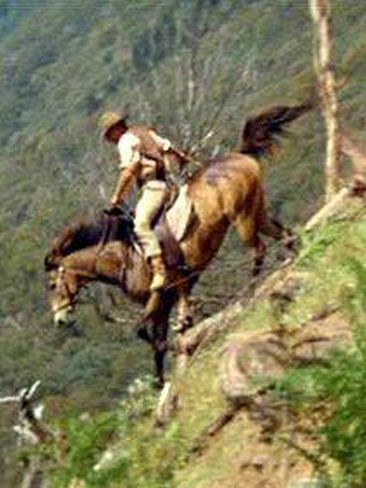 The riding in that movie is unsurpassed. It may make me feel old, but I think I’d better bring it out for a 40th anniversary (whut?)  re-watch.

SAS: Rogue Heroes is about to drop in the UK — we’ll get it in a few months. Based on Ben McIntyre’s excellent book and helmed by Steven Knight of Peaky Blinders fame, this one is eagerly anticipated at Frontier Partisans HQ. Here’s a new trailer.

The Magnificent Manurhin MR73 Revolver — the totemic sidearm of elite French counterterroism units — is now more accessible to Americans. Not in price ($3,300!) but in proximity. Beretta USA is now importing them. Like the Rigby Highland Stalker, the Manurhin is aspirational — I am quite content with my Smith & Wessons… but I also love to admire these magnificent arms from afar. 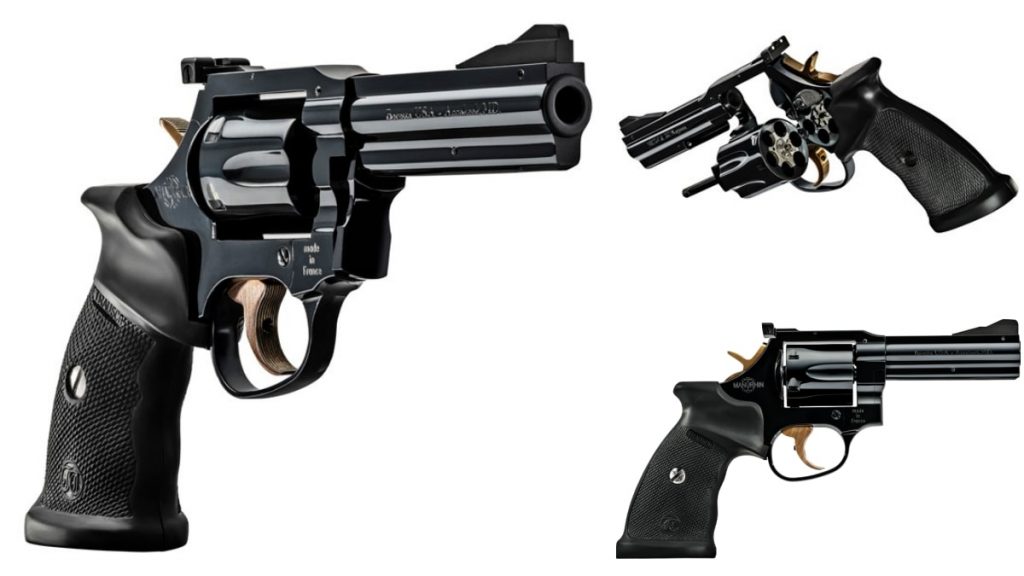