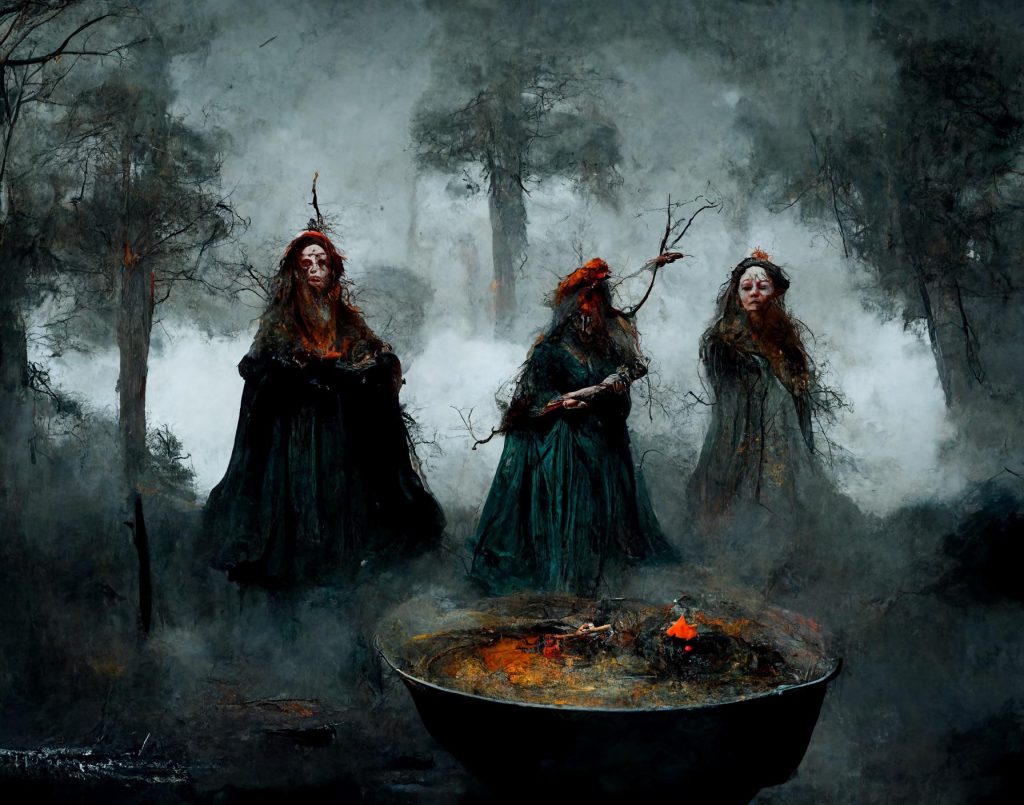 It is my favorite, by far, of Shakespeare’s plays, not least because I have always found it genuinely disturbing. I’ve met a Lady MacBeth or two…

Also, there is the family lore that the MacBean/Bean folk in the family tree are descendants of McBeth, which I take heavily salted. But still.

As I have noted previously, Shakespeare’s MacBeth is not the MacBeth of history. Mac Bethad mac Findláich (c.1005 – 1057) was a Marcher Lord who defended the Highlands around Inverness from incursions by Norwegians. He was a Frontier Partisans War Captain.

‘In Blood Stepped In So Far’

No matter. We can love the history and the myth that accretes around it.

The Celtic fringe is a place where history and folklore meet and intermingle, becoming so integrally entwined that they can never fully be separated one from the other. Haunted, you might say. I have a friend who is returning this week from a 12-day exploration of Wales, “doing the Celtic things.” I am eager for a debrief.

I the spirit (sorry) of all this, here are three recently uploaded explorations of the haunted Celtic fringe, narrated by Richard Hardy.